Johannes Tavenraat, eccentric painter and romantic 'pur sang', was a descendant of a Rotterdam family of cloth dyers destined for trade. However, he preferred to draw and paint and in 1939, at the age of 30, he eventually opted for a career as a painter. He received lessons from Hendrik Schmidt and around 1840 from Felix Bovie, a student of B.C. Koekkoek, whose notes on the theory and practice of painting took over Tavenraat in 1838 in Kleve. Between 1846 and 1860, the painter lived at the Brakelshof in Materborn, near Kleve. Most likely at that time he also visited the painting school of B.C. Koekkoek. In contrast to his finely brushed and idealized landscapes, Tavenraat painted intriguing landscape impressions and natural scenes in smooth brushstrokes, of which a glowing colorite and a dramatic light-dark contrast are the most defining characteristics. In his own words, the painter mainly wanted to depict special moments in nature, and he did this in a very individual way. This subjectivity was viewed negatively by the Dutch critics. But the painter was financially independent, did not have to adapt to the taste of the buyer public, and kept to his own style. Tavenraat made many trips, including along the Rhine and Meuse and to Germany, Austria and Switzerland, where he made numerous oil sketches on small panels. 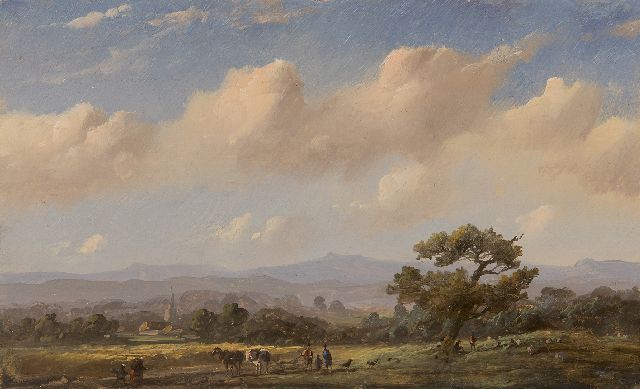 A hilly landscape with a tree 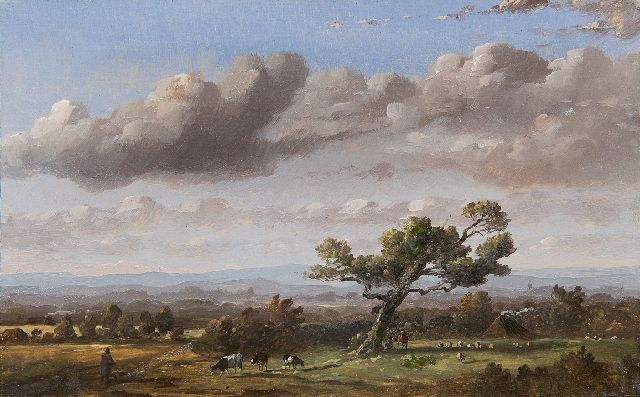 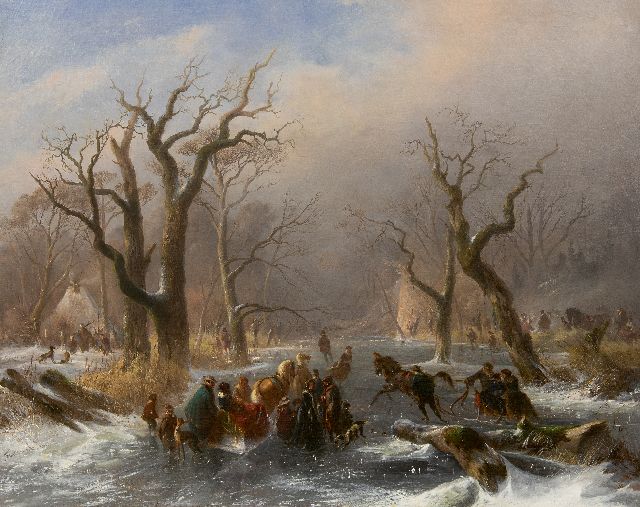 Skaters and a horse sleigh on a frozen forest stream near Kleve, 1857 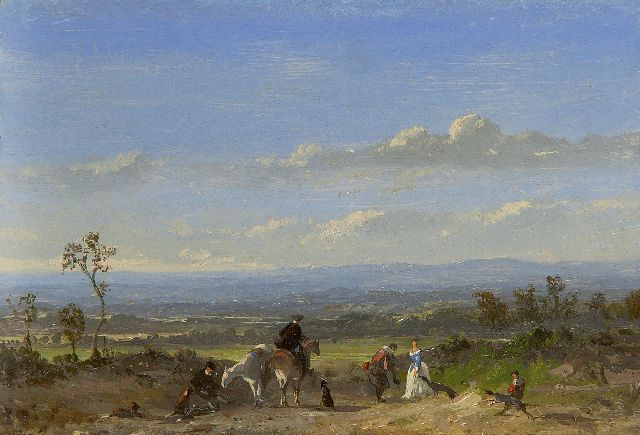 Hunting party in a landscape 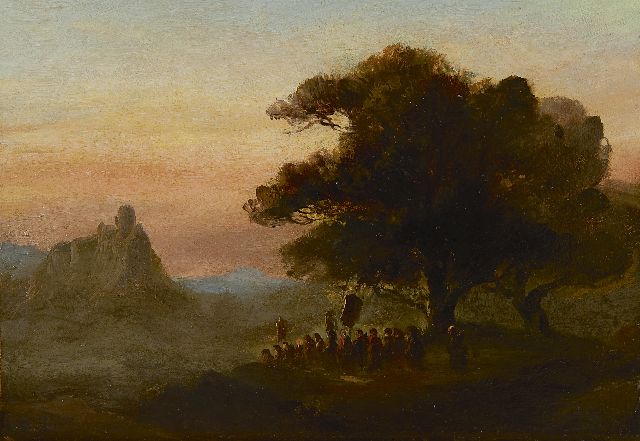 A landscape with a procession under an oak tree 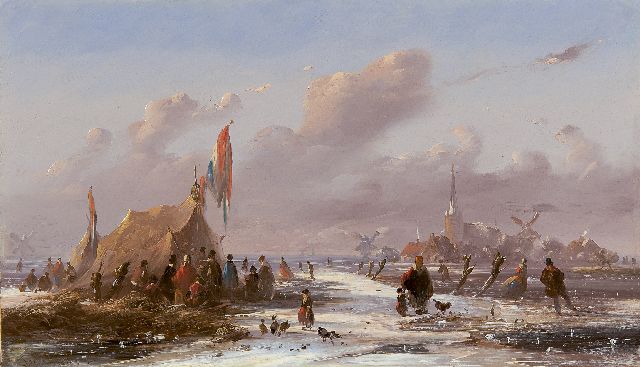 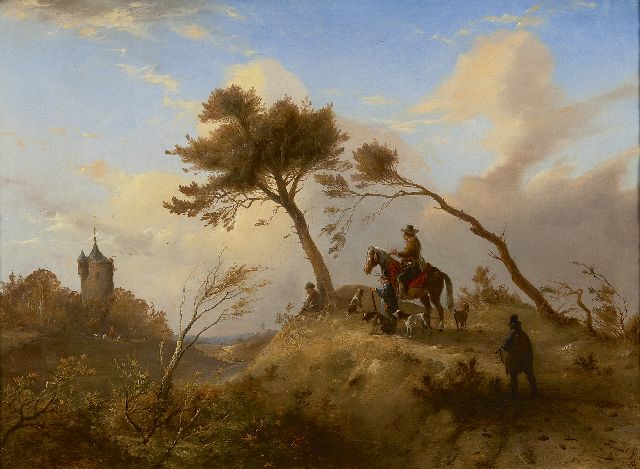 Hunting party in a hilly landscape 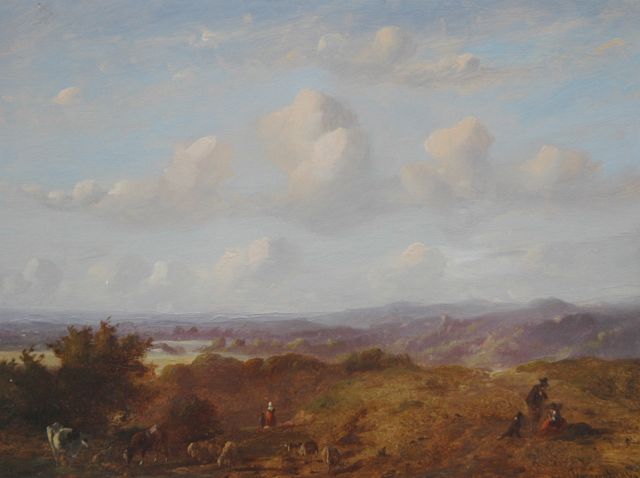 A panoramic landschape with a shepherd and cattle 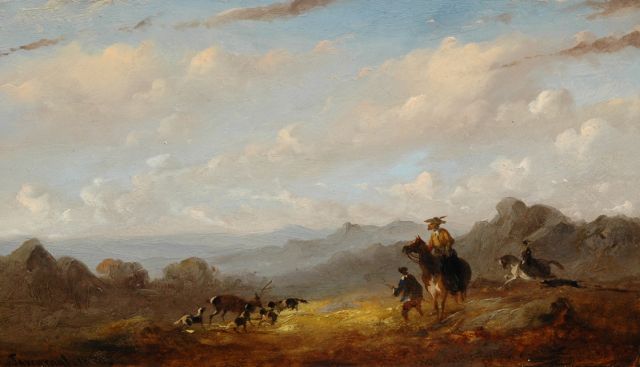 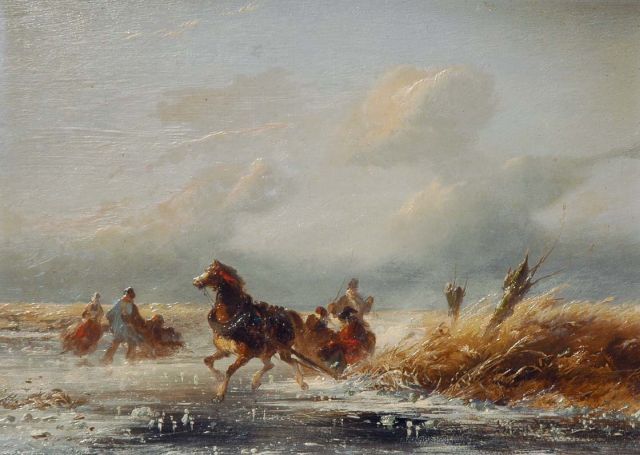 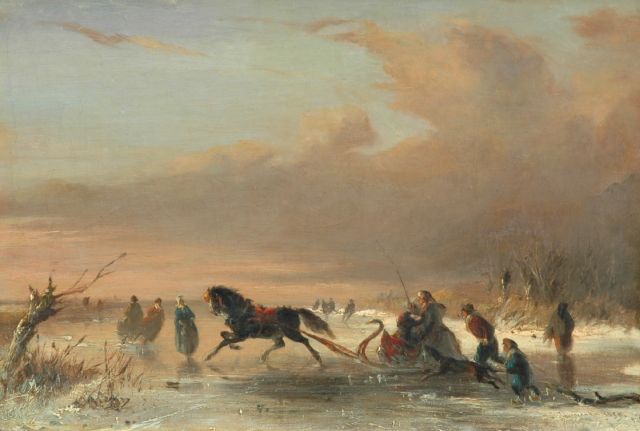 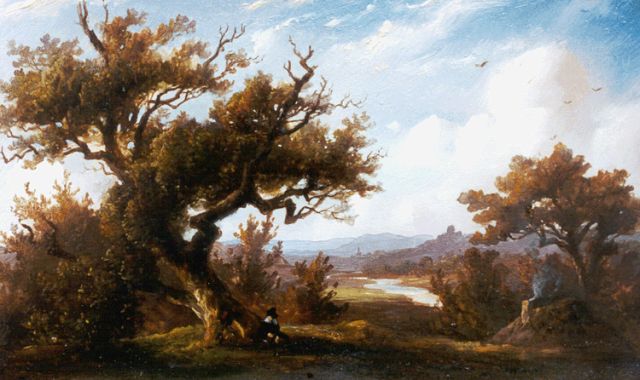 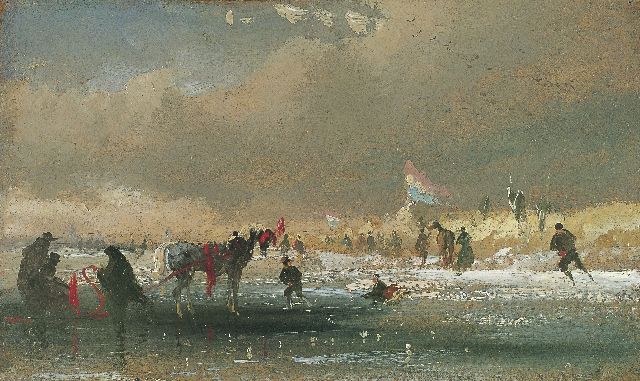 Skaters on the ice 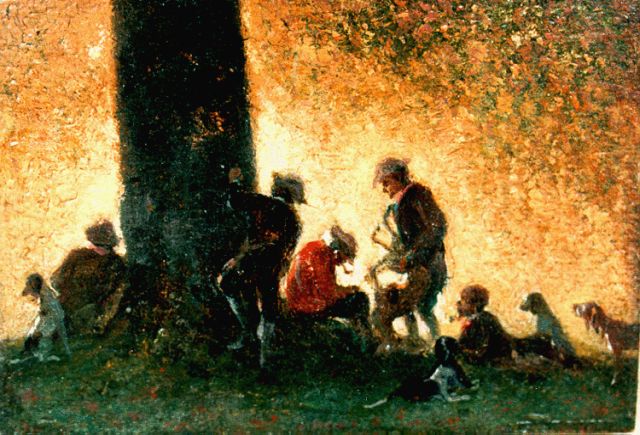