Blaauw was an Amsterdam painter of ship portraits and Dutch ships on a turbulent sea or on the waterways of Amsterdam. He often combined his marines with contemporary topographic elements. Shipping on the Maas near Rotterdam also appears in his oeuvre. Occasionally compositions by Johannis de Blaauw are identical to marines by the Amsterdam-based Abraham Storck (1644-1708), as is the case here.

for salepaintings by Blaauw J. de 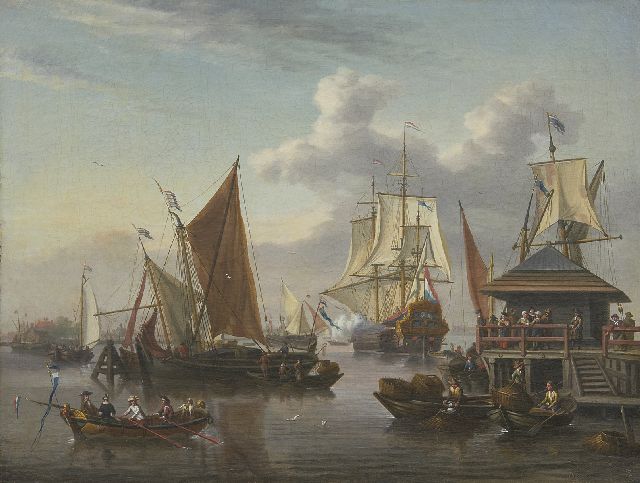 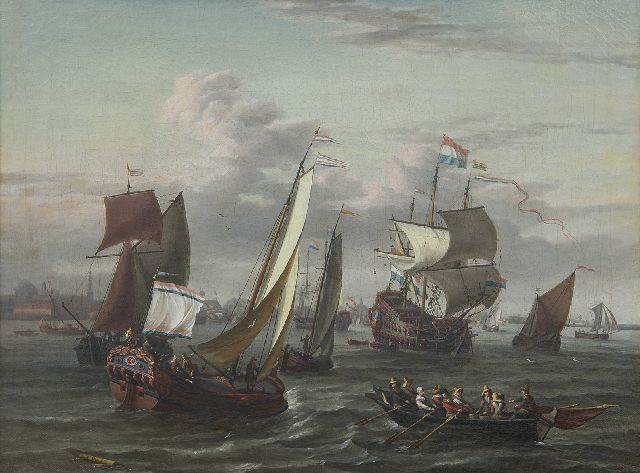 Shipping on the IJ near Amsterdam