In the years around 1900, many foreign painters came to visit Volendam, which evolved into a veritable artists' colony. They were drawn by the colourful traditional costumes of the inhabitants, their strange customs, the nearby flower bulb fields and the beaches with fishing boats. Among these artists was Jules Benoit-Levy. A painter who lived and worked in Paris for most of his life, he is known to have visited Volendam in 1900 and 1901 at least. He was trained by the French painter Jules Lefèbre and made a name for himself as a genre and marine painter, and for his pictures of Volendam domestic interiors and fishermen. 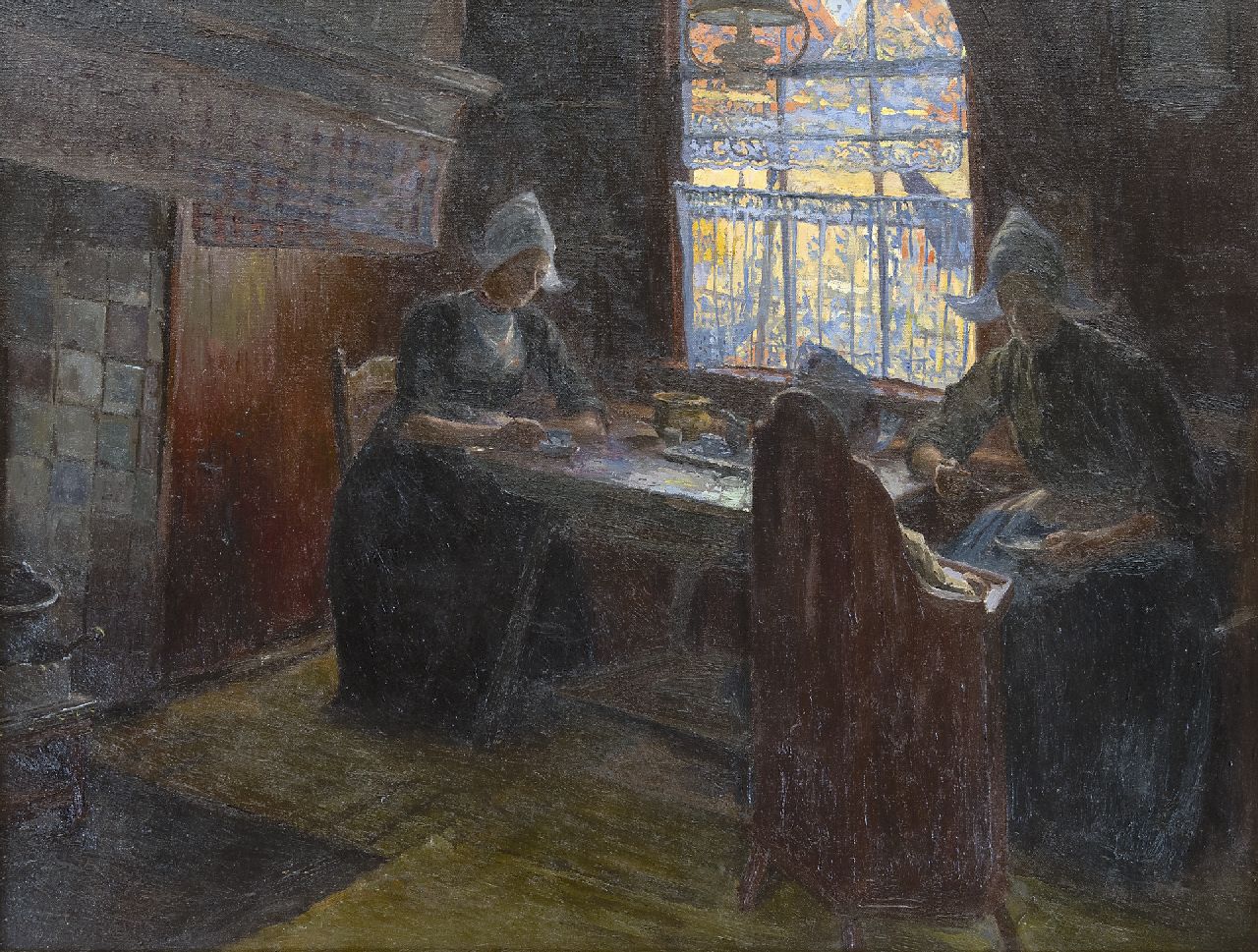