In the 1920s, Julius Bissier painted still-lifes, landscapes and portraits in the austere ‘New Objectivity’ style. From 1927 onwards, his friendship with sinologist Ernst Grosse meant that his work was heavily influenced by the spiritual art of East Asia. During this period he became acquainted with Willy Baumeister, who convinced him to depart from figurative art. Between 1930 and 1946 Bissier produced many ink wash drawings consisting of Chinese characters. Colour would come to play a significant role in his work after the Second World War, when he painted miniatures using egg and oil-based paints. In 1914, Bissier studied for several months at the Art Academy in Karlsruhe, but saw himself as an autodidact. 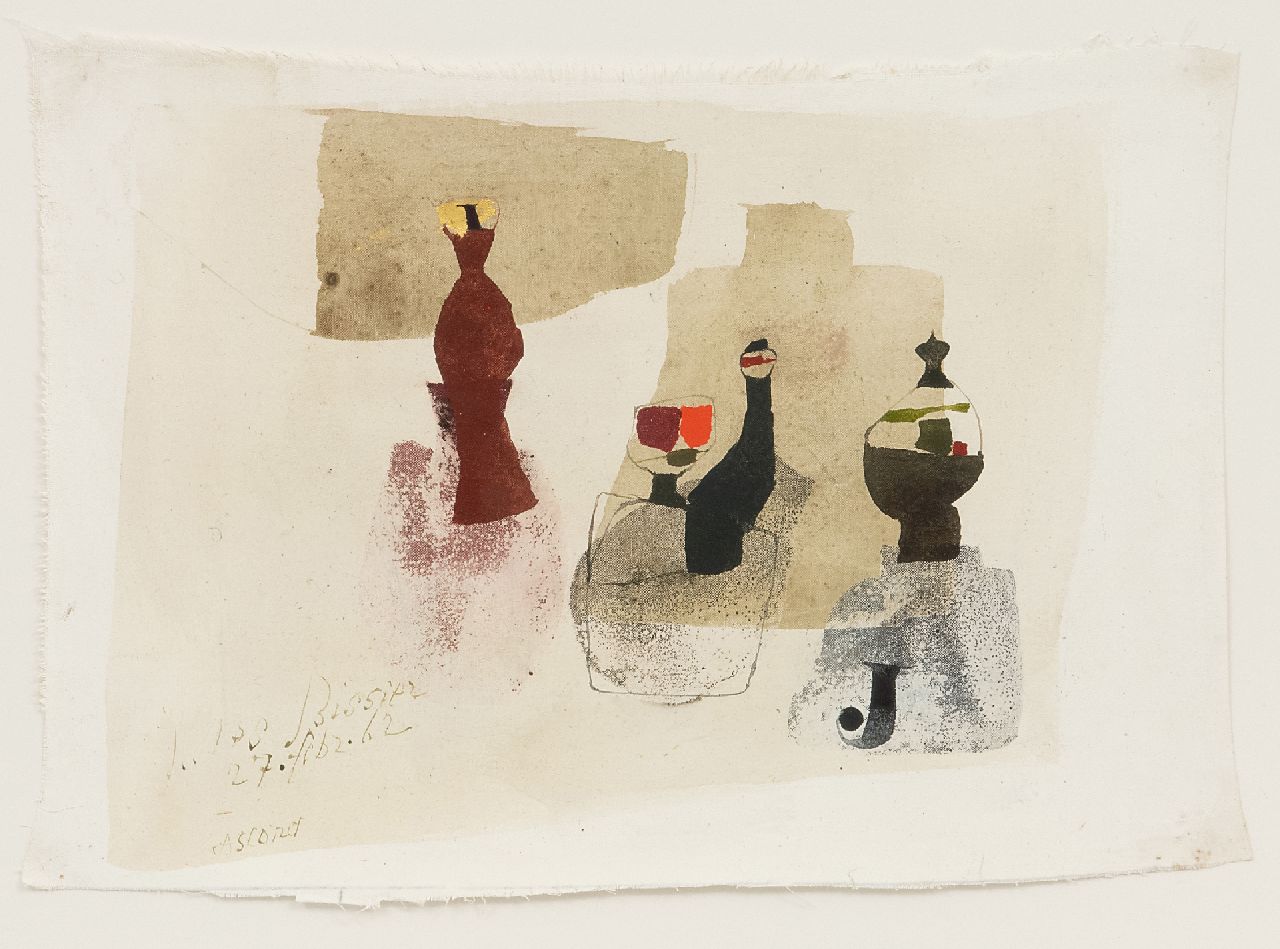