The farmer's son Karel Ooms was admitted to the Antwerp academy at a young age. His exceptional talent was soon noticed there, and from 1870 he was a beloved portraitist of the wealthy bourgeoisie in this city. He also impressed his contemporaries with narrative, religious scenes and historical paintings. Ooms traveled extensively through Europe and the Middle East, which resulted in landscapes and Orientalist performances. The painter was known far beyond Belgium; his work has been awarded at exhibitions in Prague, Amsterdam, Chicago and Melbourne.

previously for salepaintings by Ooms K. 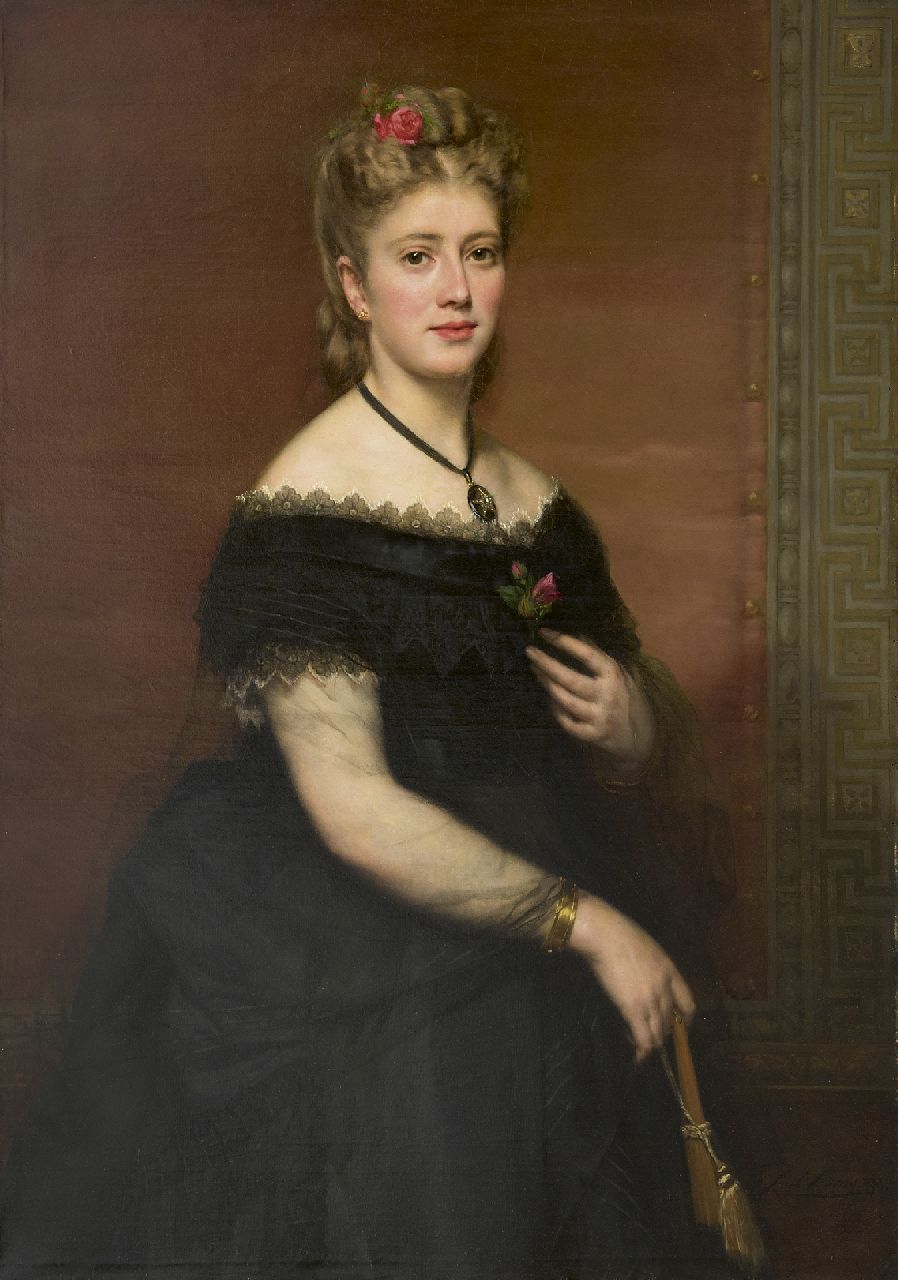 Portrait of a lady in a black silk dress