German painter of landscape scenes and genre scenes, often with children in the lead. Von Bergen was born in Cuxhaven, on the northern German coast, but lived most of his life, from 1888, in Munich. Here he exhibited his work almost every year from 1889 at the exhibitions in the Glaspalast. Von Bergen was especially successful because of his so-called 'stream idylls': rural, summery and carefree scenes of cheerful peasant girls with children playing near or on a bridge over a stream. 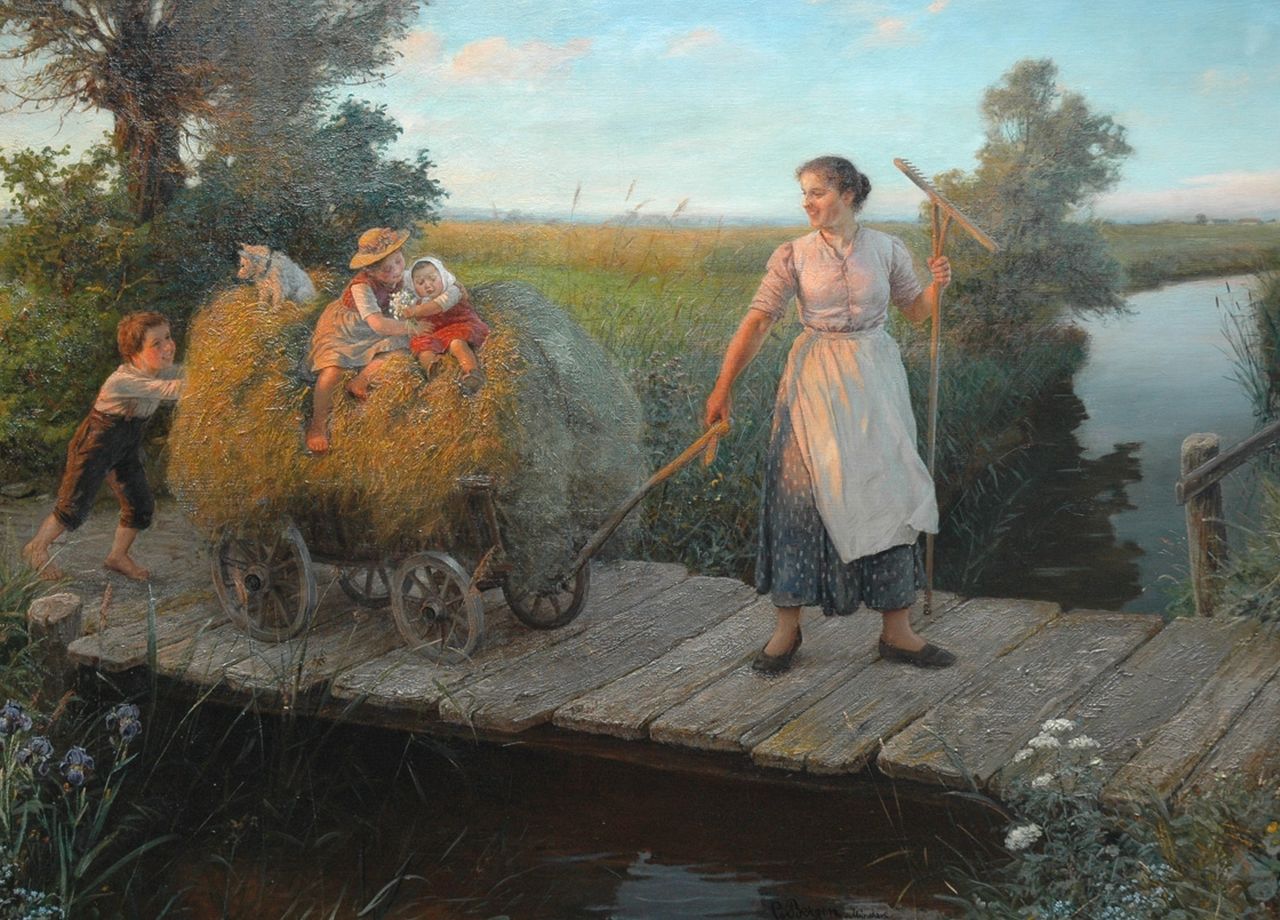 Going home after a day's work