The Amsterdam painter Kasper Karsen trained with his uncle, the city and landscape artist George Westenberg. He later took classes at the municipal academy and with the painter Hendrik ten Cate. He specialised in city and river views: these were not topographic depictions but fantasy images in which he took elements from reality and combined them into an entirely new whole. Karsen travelled abroad at an early age, visiting Bretagne and travelling along the Rhine and Danube to Austria, among others. The ancient cities with their towers and squares, the imposing bridges and the quays with sailing craft can all be traced in his work. 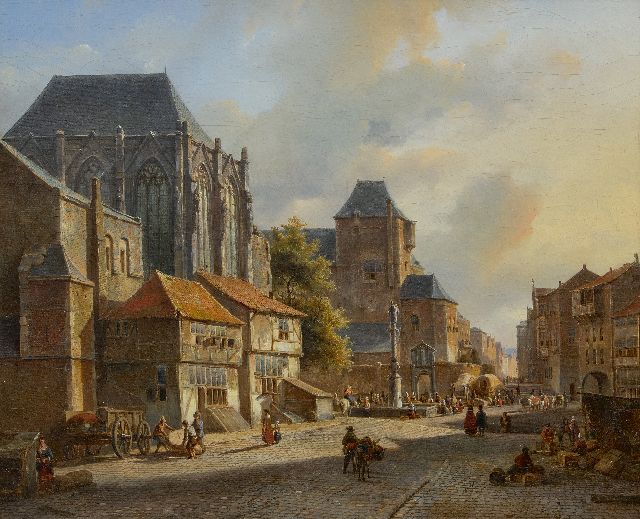 Market on a sunny town square 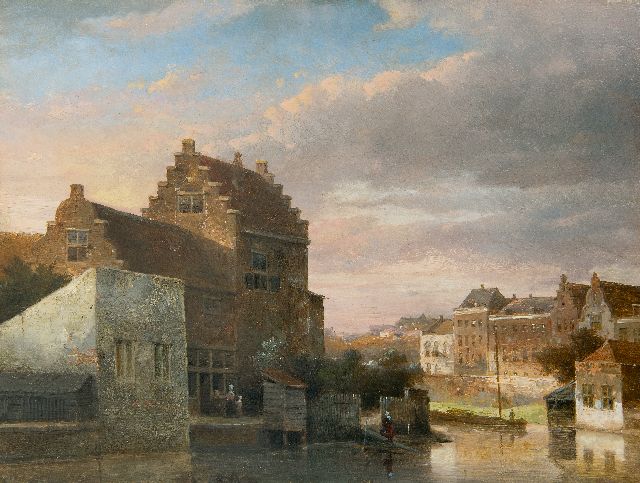 City on the water 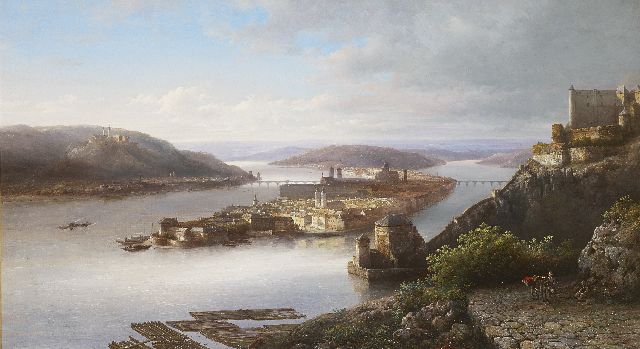 A view on Passau on the Danube 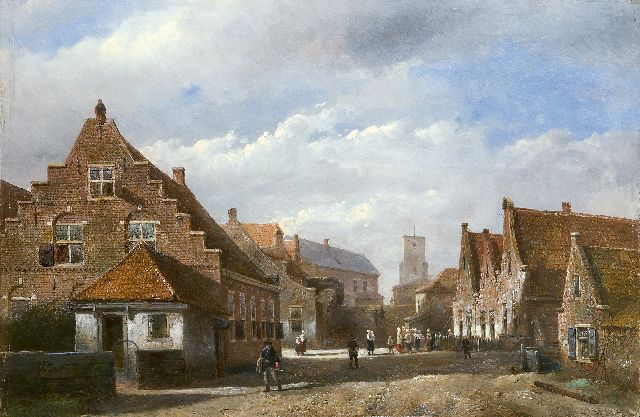 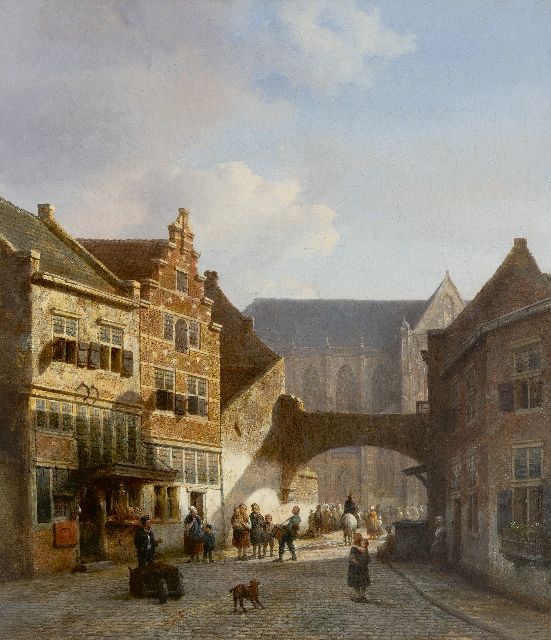 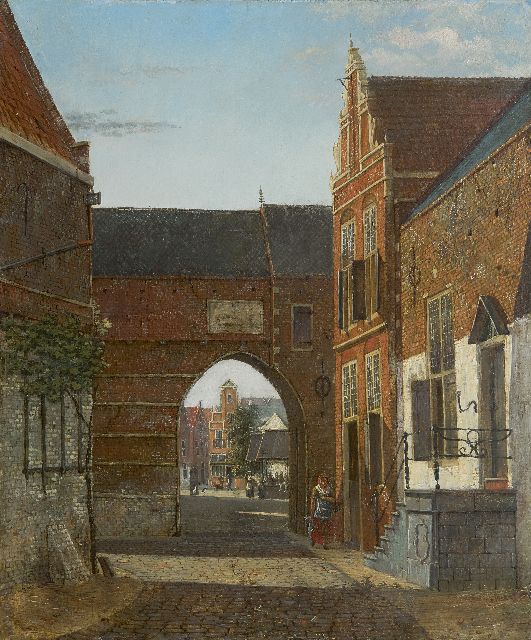 A town view with a fish stall in the distance 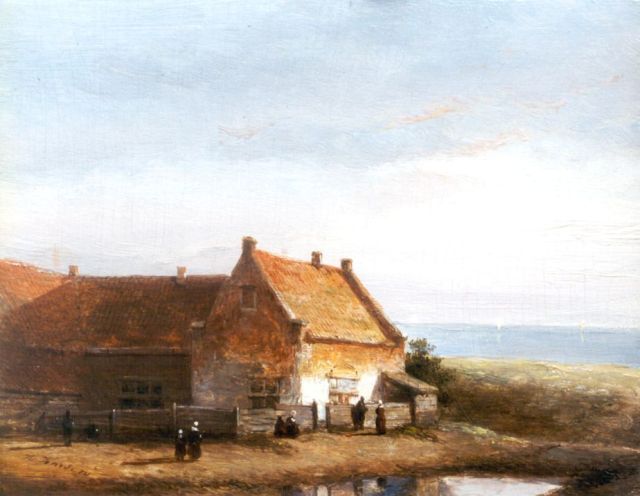 A house in the dunes 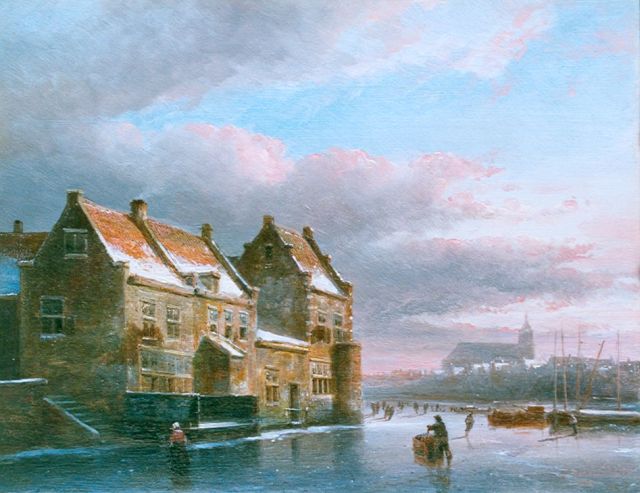 Skaters on a frozen canal at sunset 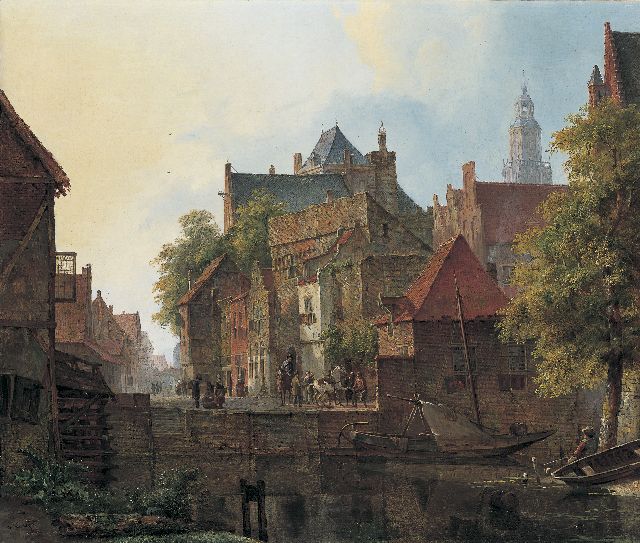 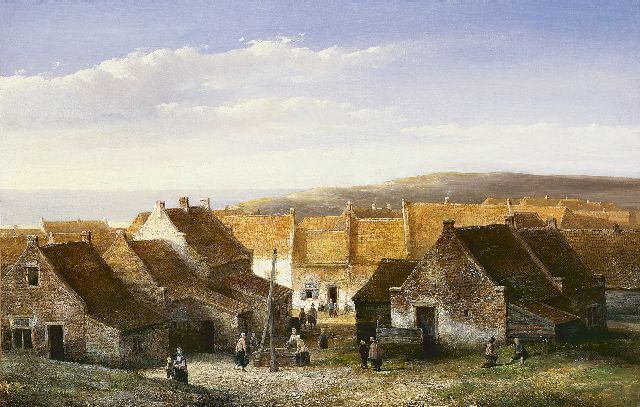 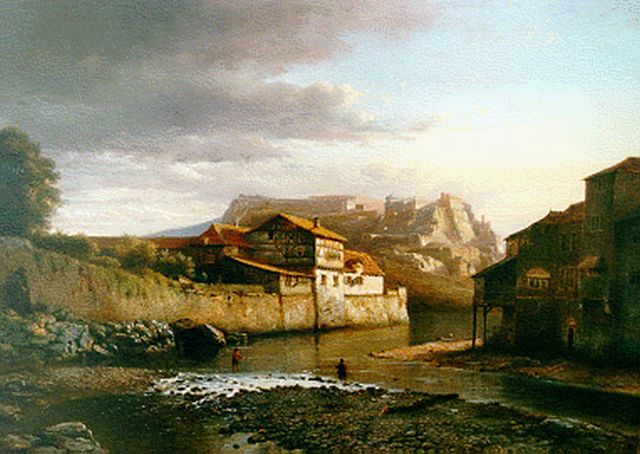 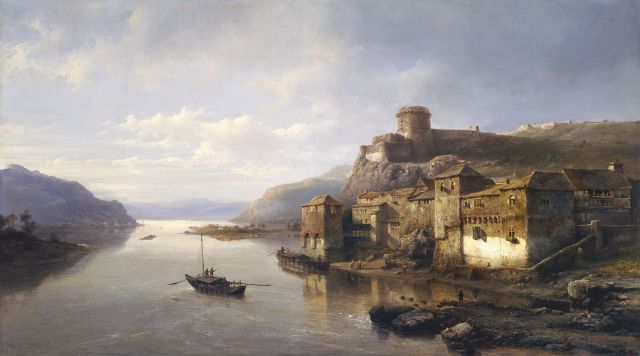 A view of Linz, with the river Donau 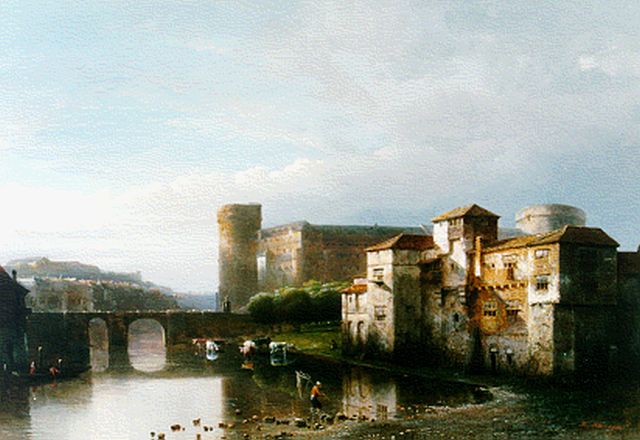 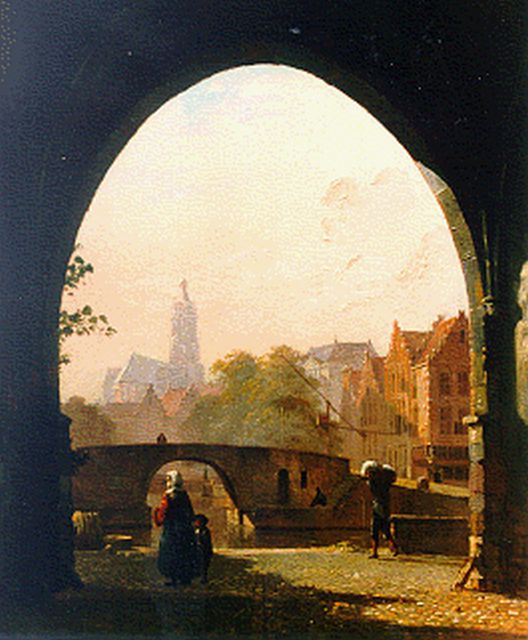 View of a canal, with a church in the distance 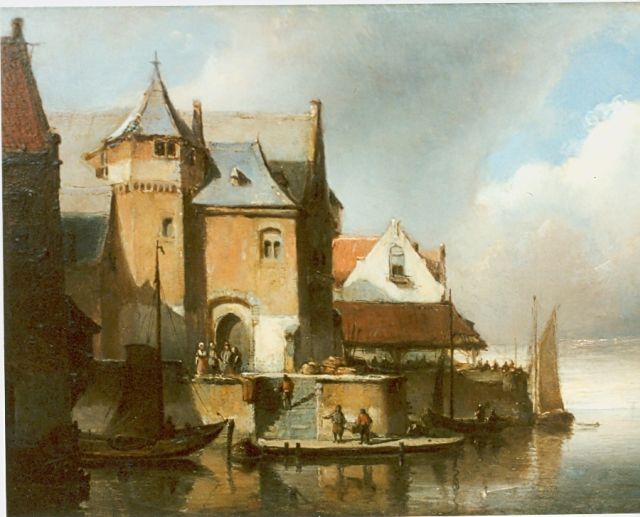 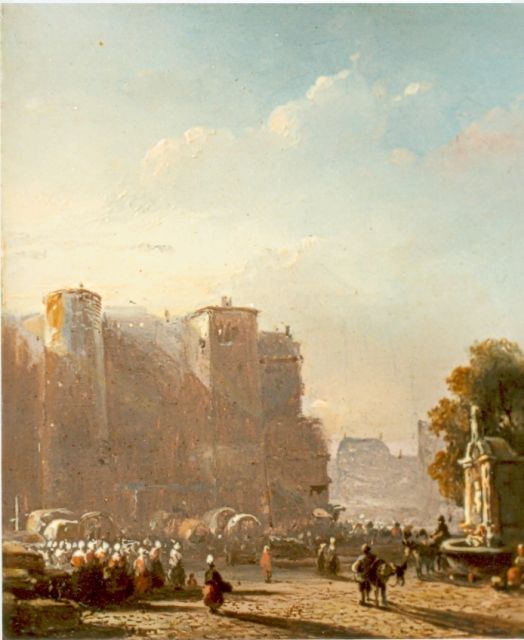 Figures by a fountain