The English painter and illustrator Lawson Wood was born in 1878 into an artistic family. From the first years of the 20th century, in the 'golden age of magazine illustration' in England, he devoted himself to making illustrations for well-known daily and weekly newspapers. His colourful, humorous contributions to 'The Illustrated London News', the satirical magazine 'Punch' and 'The Strand Magazine' (famous for his stories of Agatha Christie and the adventures of Sherlock Holmes) were as much loved as the stories and articles. After the First World War, illustrations were replaced by photographs in the daily and weekly newspapers. Lawson, however, remained active as a designer of magazine covers, advertisements and posters. His depictions of police officers, prehistoric figures and animals in comic situations became famous. A chimpanzee named Gran'pop in particular became popular worldwide. Wood was a member of the Royal Institute of Painters in Watercolours and has exhibited regularly at the Royal Academy in London.

for salewatercolours and drawings by Wood L. 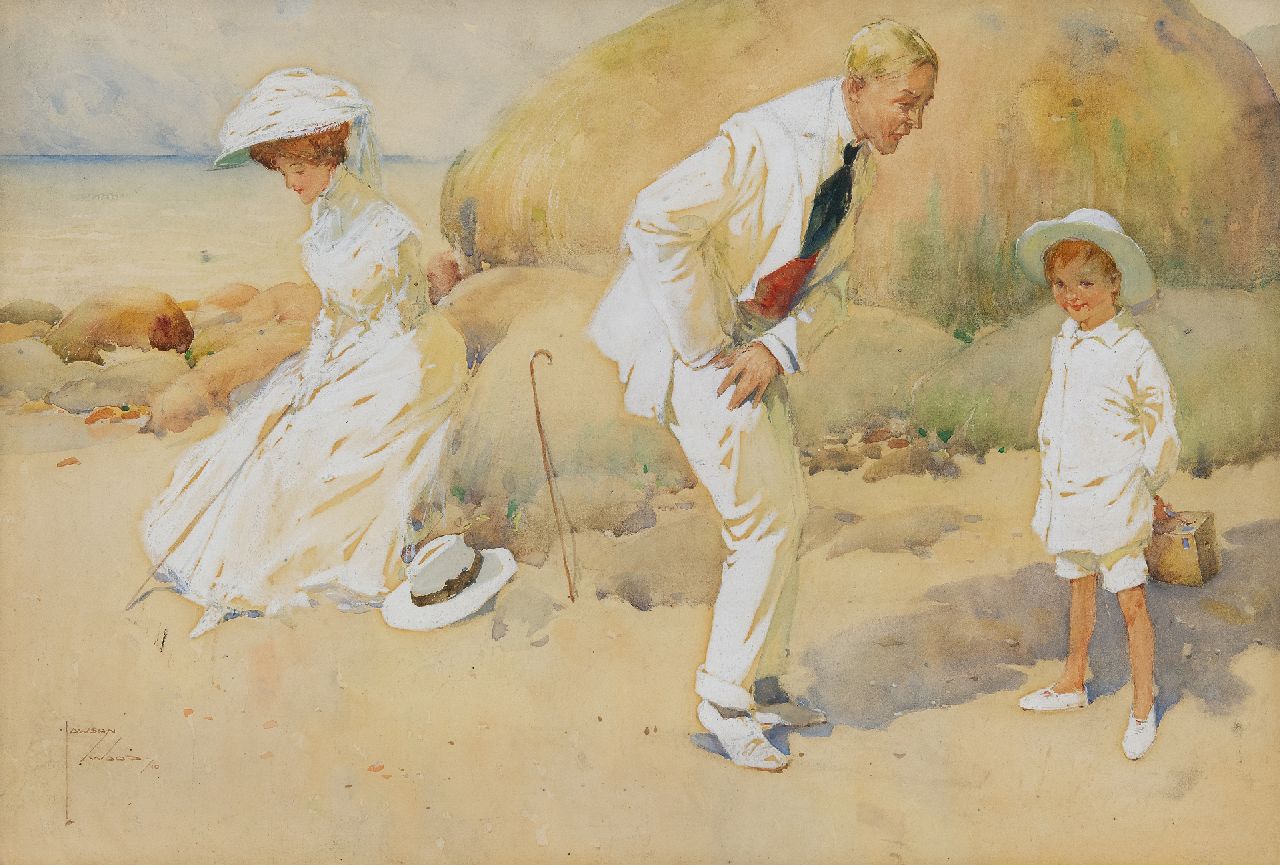