The Belgian genre and portrait painter Léon Herbo was educated at the academy of Brussels. Dissatisfied as he was with academic education and the associated rules and regulations, in 1876 he was one of the founders of the progressive painting circle L’Essor, to which, among others, the avant-garde James Ensor joined. Herbo, however, was not a major innovator and primarily made a name for himself as a painter of portraits, female figures and graceful Orientalist beauties. As a genre painter, he was a clever observer, as this work shows.

for salepaintings by Herbo L. 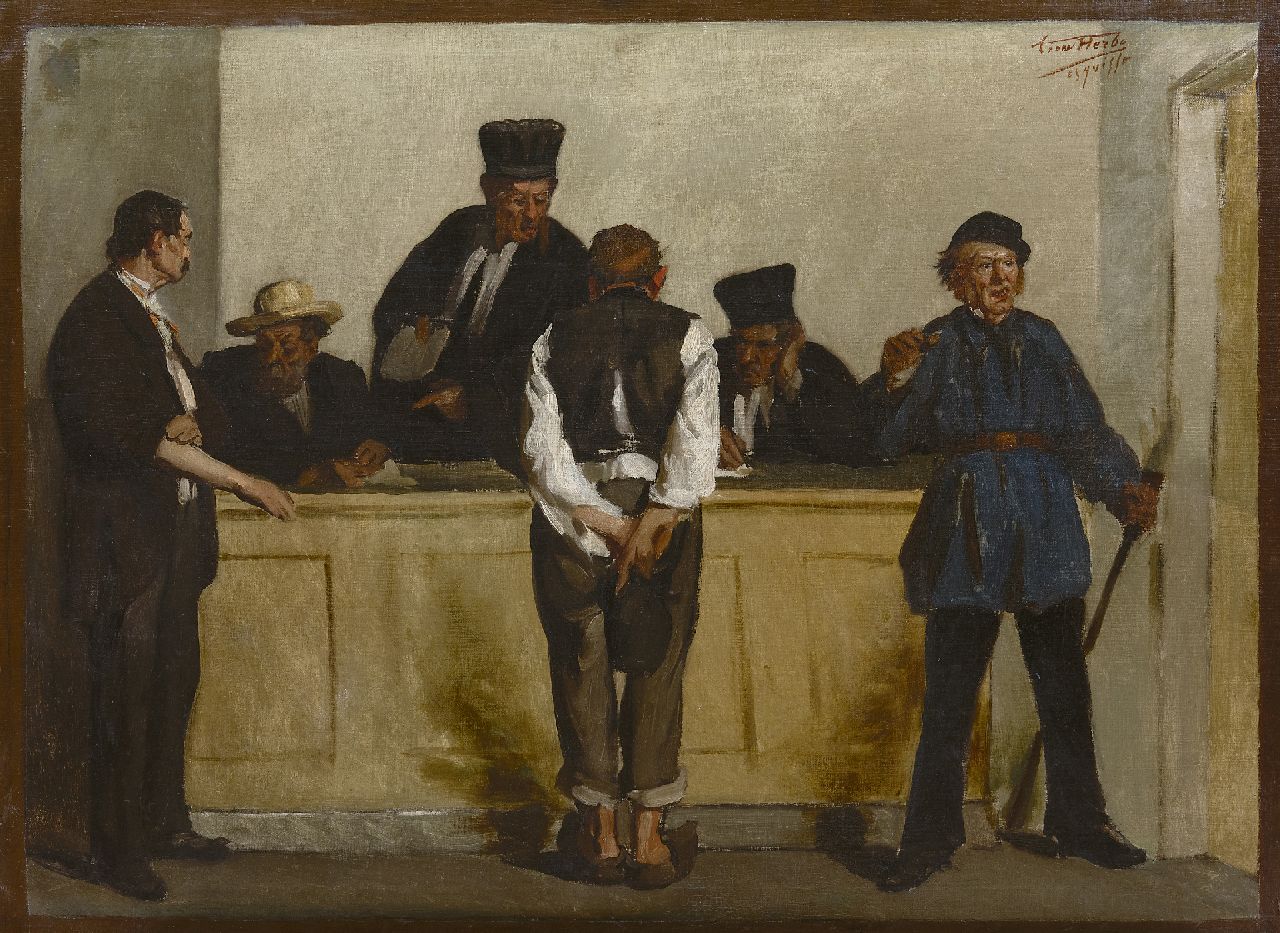