Liekie Arntzenius, daughter of the Hague painter Floris Arntzenius, inherited her father's artistic talent, just like her three sisters. About her first steps on the artist's path, in her early childhood, she once said: 'There was always painting. We called that messing around (...) Clau [Claudine Albertine, b. 1902] painted flowers, feathers and birds on drums, boxes and glasses. Lies [Elise Claudine, 1902-1982] and I later went to the academy. Floor [Florentine Brunette, b. 1909] could also draw nicely. ' Although she was educated at the academy, she did not choose painting as a profession, unlike her sister Lies. Liekie, regularly portrayed by her father with her sisters, painted portraits and still lifes in an impressionist style as a hobby.

previously for salepaintings by Liekie Arntzenius 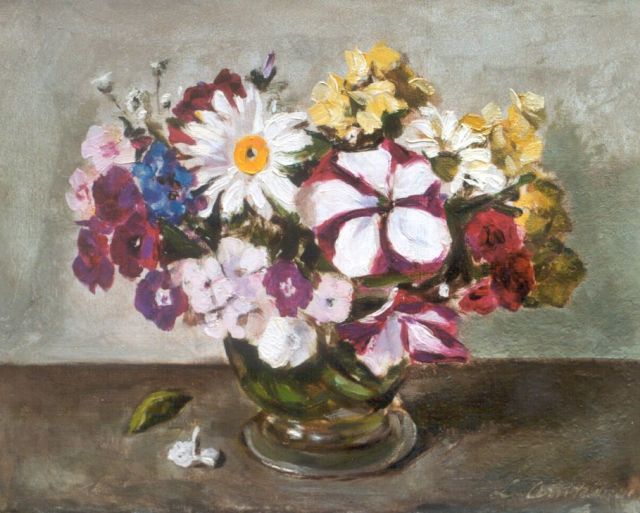 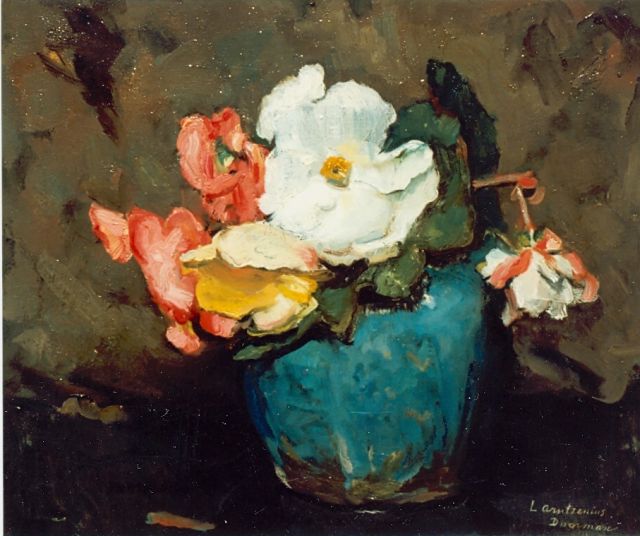 Flowers in a ginger jar