The neo-impressionist Louis Hayet came from a poor and unstable family. Hayet received his first drawing and painting lessons from his father, an amateur artist, and his artistic talent soon became apparent. As a youth he went to Paris; here his artistic career began as a painter of theater sets. In the French capital he got in touch with Camille and Lucien Pissarro and Seurat and Signac. After 1929 Hayet painted less and less and devoted himself to writing. The little success that Hayet enjoyed during his lifetime is in stark contrast to the appreciation there is now for his oeuvre, pure neo-impressionist landscapes, park scenes with figures and interiors.

for salepaintings by Hayet L. 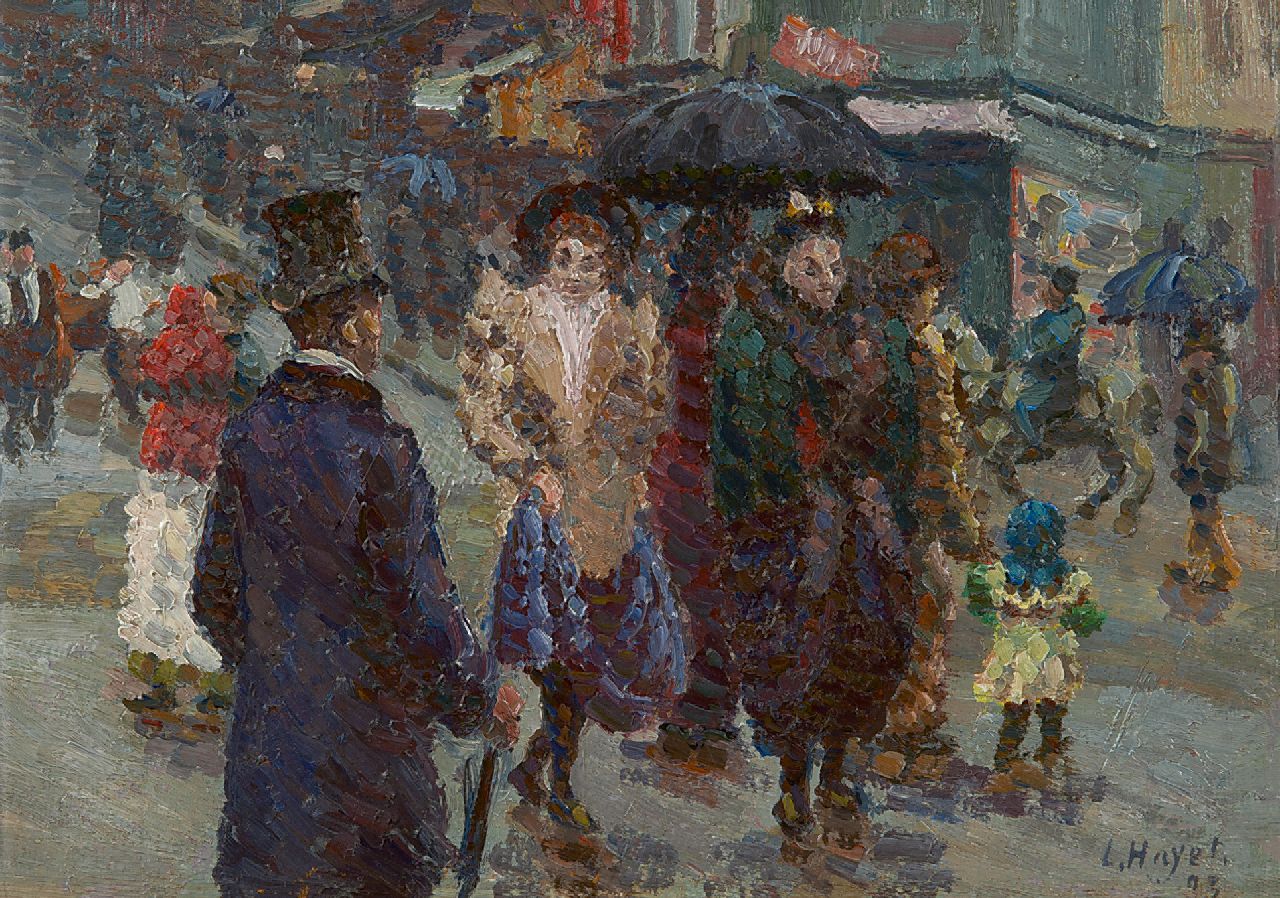