The Flemish painter Louis van Lint was both founder and one of the most talented members of the post-war painting group 'Jeune peinture Belge'. Trained at the academy of St. Joost-ten-Node, he participated as a figurative-impressionist painter in the 1930s and 1940s in group and one-man exhibitions at home and abroad. After the war there was a complete turnaround in his work and reality was reduced to abstract, intensely moving compositions. The strong colorite is the binding factor between his early and late work. According to experts, the work from the years 49-51 is particularly closely related to that of the Dutch Cobra painters. Museums: e.g. Museum of Fine Arts in Brussels, Guggenheim Museum in New York.

for salepaintings by Louis van Lint 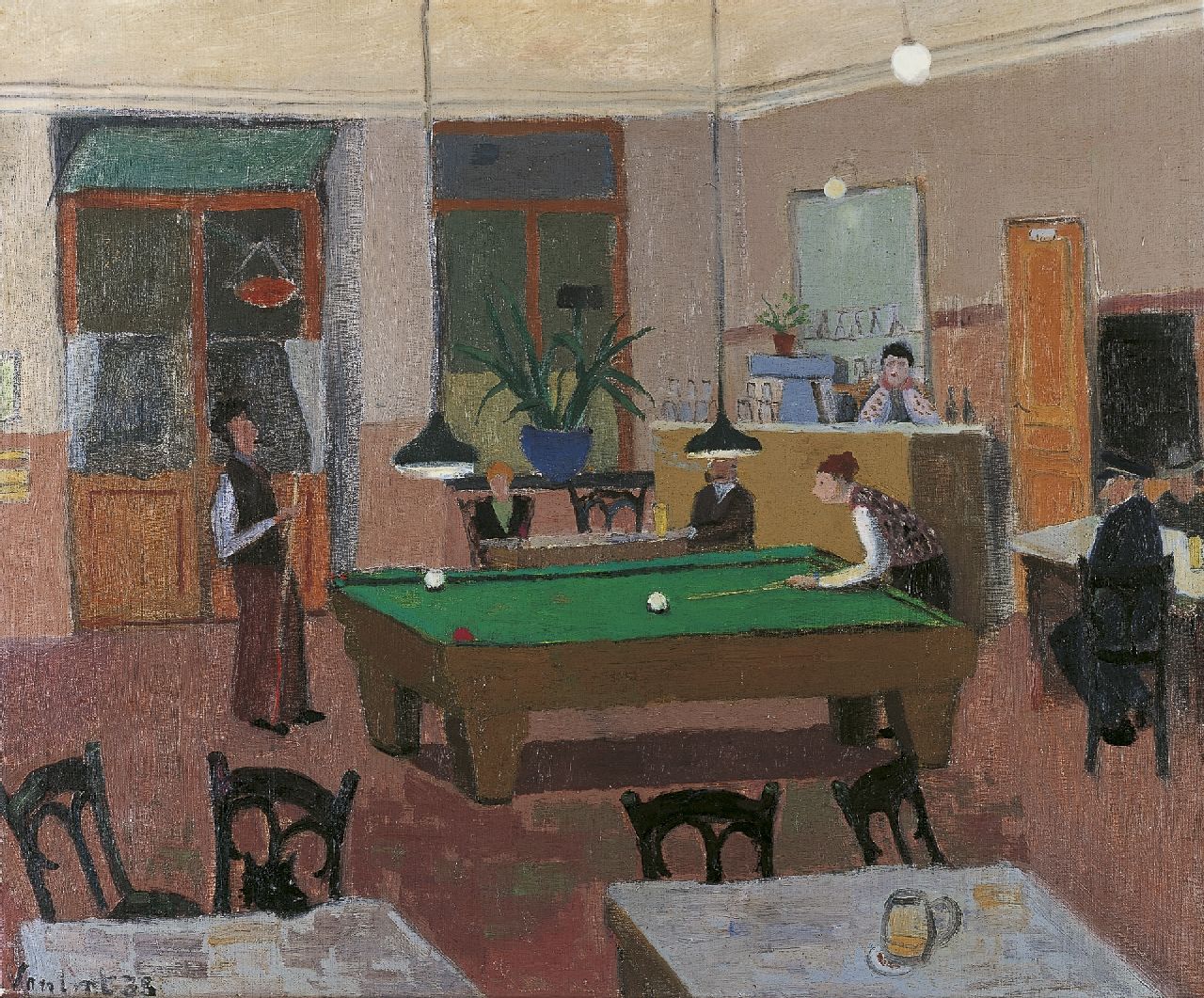