Lourens Tadema, known as Sir Lawrence Alma Tadema, is one of the most famous painters of the British fin-de-siècle. Born in the Frisian Leeuwarden, he went to the academy of Antwerp for his education and eventually made a name for himself in England. His virtuoso painted scenes set in classical antiquity were in keeping with the prevailing exoticism and were therefore very popular with Victorian collectors. Tadema, Alma was his middle name, did not depict major historical events, but fictional situations from everyday life. For the setting in which he set these scenes, he used recent publications on Egyptian and Roman antiquity and studied archaeological objects in the collection of the British Museum in London. It is in particular the combination of the historically correct details and setting and his romantic interpretation of life in ancient times that makes his paintings so fascinating.

previously for salewatercolours and drawings by Lourens Alma Tadema 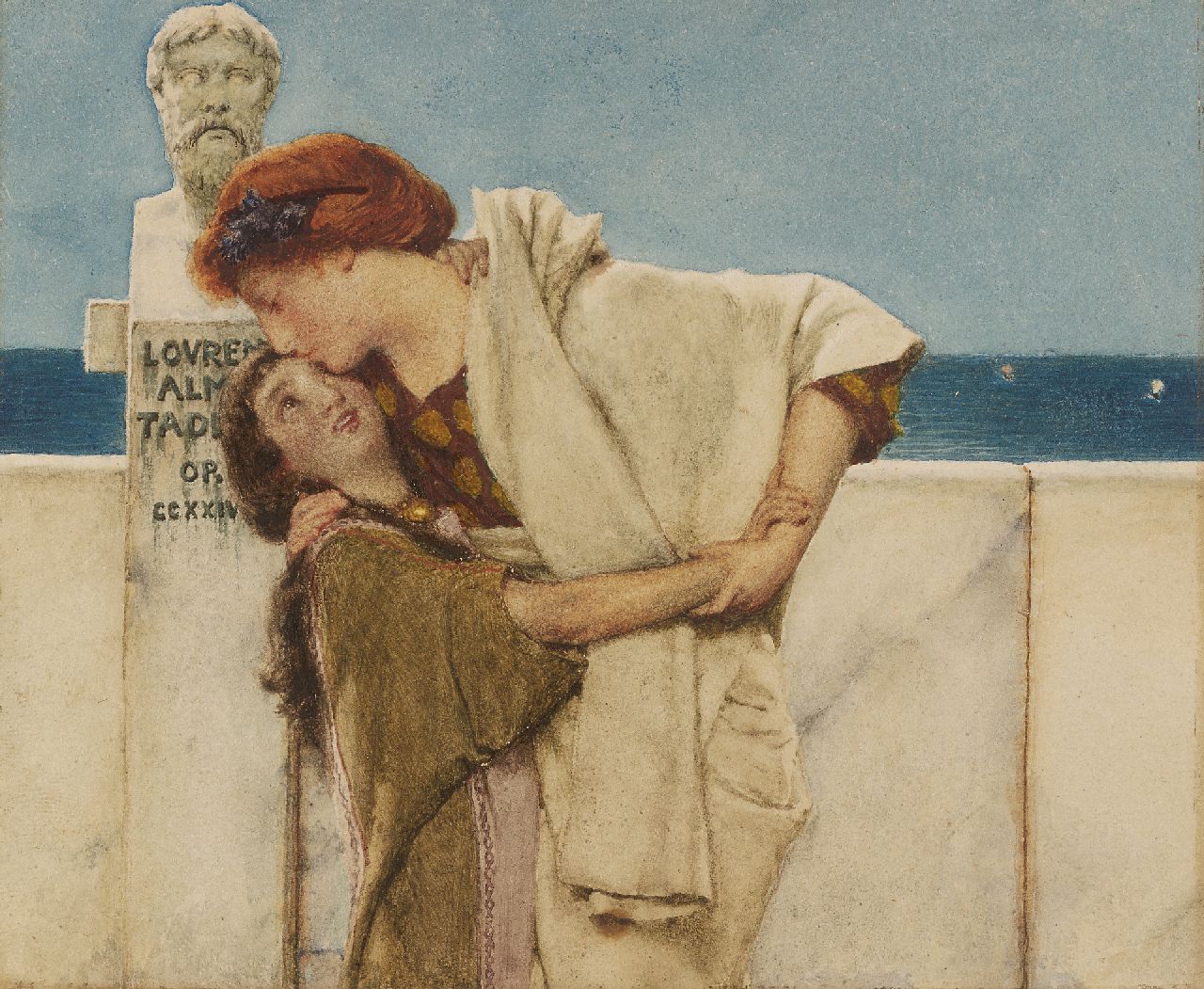