The German painter Ludwig Wilhelm Plock was trained at the progressive 'Kunstschule' in Karlsruhe. His oeuvre initially comprises more or less traditional landscapes, portraits, horses and hunting scenes in the realistic-impressionist style of his teacher Wilhelm Trübner. In the 1930s, the work of the Karlsruhe-based Plock shows the influence of the Neue Sachlichkeit. Mannheim and the Karlsruhe Academy were centers of this new movement, which in response to Expressionism advocated an emotionless, simple representation of reality.

previously for salepaintings by Plock L.W. 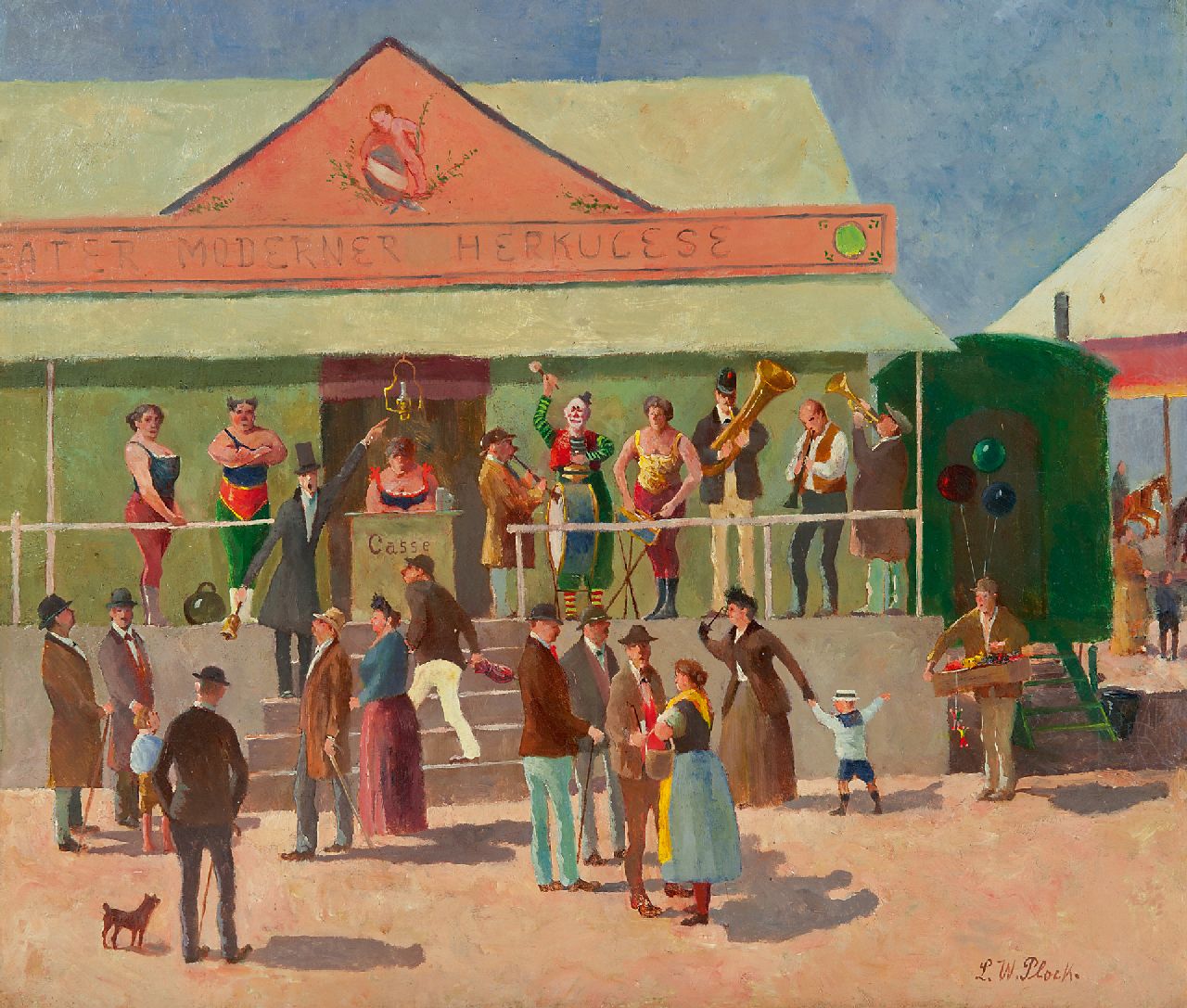