Marcel Jefferys was born in Milan in 1872 as the son of an English father and a Belgian mother. Eight years later, the family moved to Brussels, where he received painting lessons from Henriëtte Ronner and her son Alfred. His early work (1893) was close to that of the Belgian luminists. He then discovered the French impressionists Monet and Pissarro with their light tones. With great freedom and attention to the sunlight, Jefferys painted city life, parks and theatres in Paris, Brussels and London. The painter travelled a lot. He visited the United States, painted the World Exhibition in 1900, the theatres and the River Thames in London in rarefied, blonde tones. He visited the Netherlands a number of times. The artist was also a designer of furniture, wallpaper, fabrics, tapestries and interiors for the Vanderborgt company in Brussels. He was, among others, a member of La Libre Esthétique.

for salepaintings by Jefferys M. 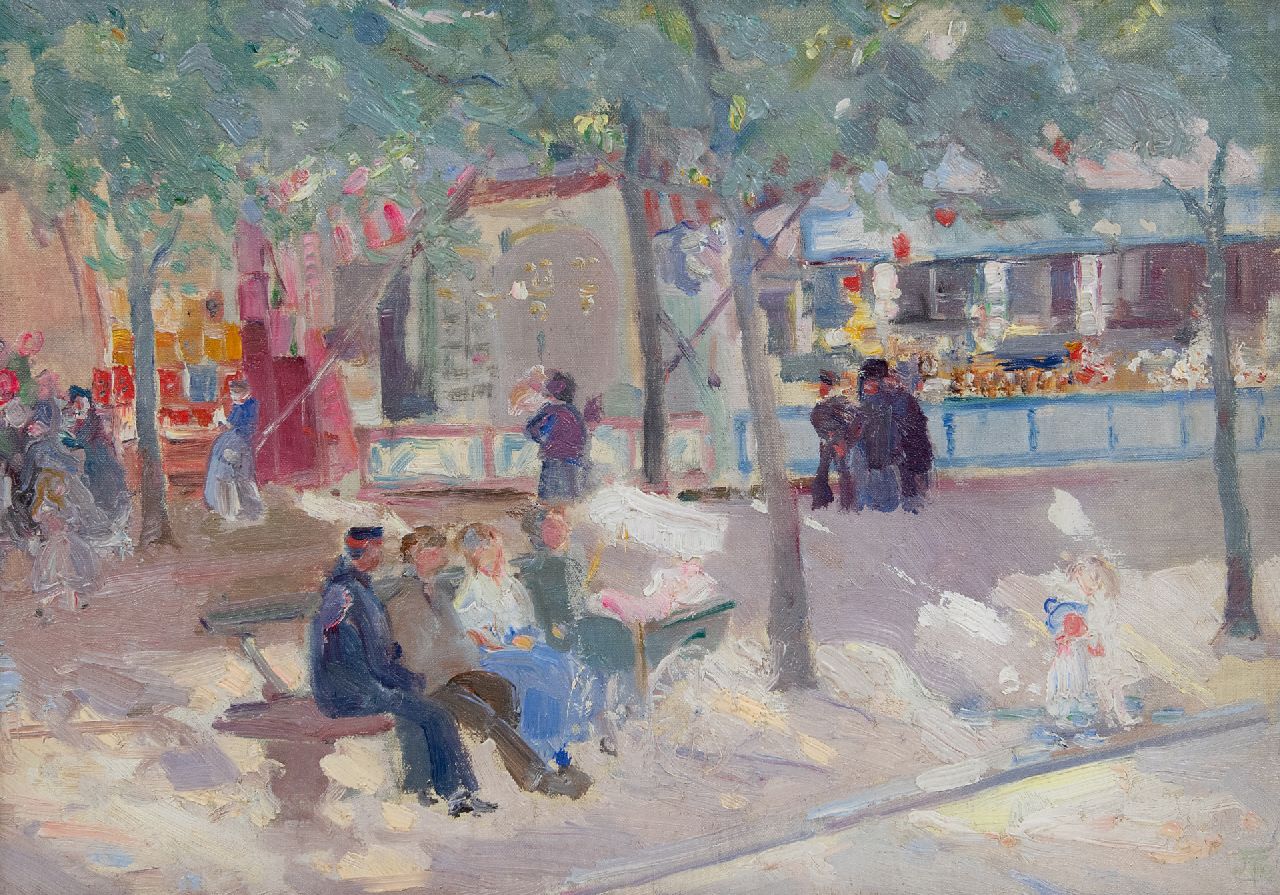 A day at the fair