Martin Claus was one of the German artists who excelled in making satirical drawings for newspapers and magazines in the first half of the 19th century, later referred to as cartoons. This is a narrative performance, supported by a short text. Claus's humorous and beautifully detailed watercolours and gouaches are characterized by a great narrative quality, which makes the image valuable even without text. The artist provided colourful covers and full-page illustrations for Germany's leading satirical and humorous weekly Fliegende Blätte, as well as for the richly illustrated weekly magazine Meggendorfer Blätter, magazine for humor and art. Its content was formed by jokes, stories, poems and visual stories. The employees were mostly well-known artists.

previously for salewatercolours and drawings by Claus M. 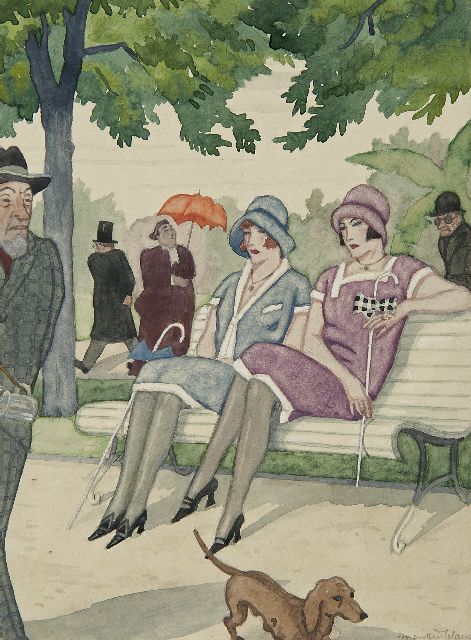 Elegant ladies on a bench in a park 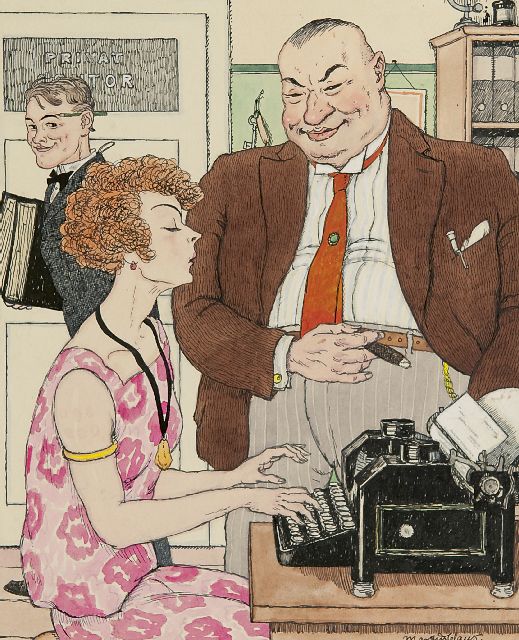 Making jokes with the secretary