Maurice Brianchon began his artistic career at the Ecole des Arts Décoratifs in Paris, where he enrolled in 1917 and met Raymond Legueult and Roland Oudot, with whom he formed a group calling itself the Peintres de la Réalité Poétique. A first solo exhibition at Galerie Portique in Paris in 1927 led to two more shows at Paris' prestigious Galerie Marcel Bernheim in 1930 and 1932. As well as painting still lifes, portraits and street and theatre scenes, Brianchon also designed sets for operas and ballets during the 1930s. In 1949 he was appointed Chef d' Atelier of the Ecole Nationale des Beaux Arts. One of the Ecole's most influential painters in his own day, Brianchon has been called France's only true successor of the Intimists Bonnard and Vuillard. A retrospective of his work was held at the Louvre in 1951. 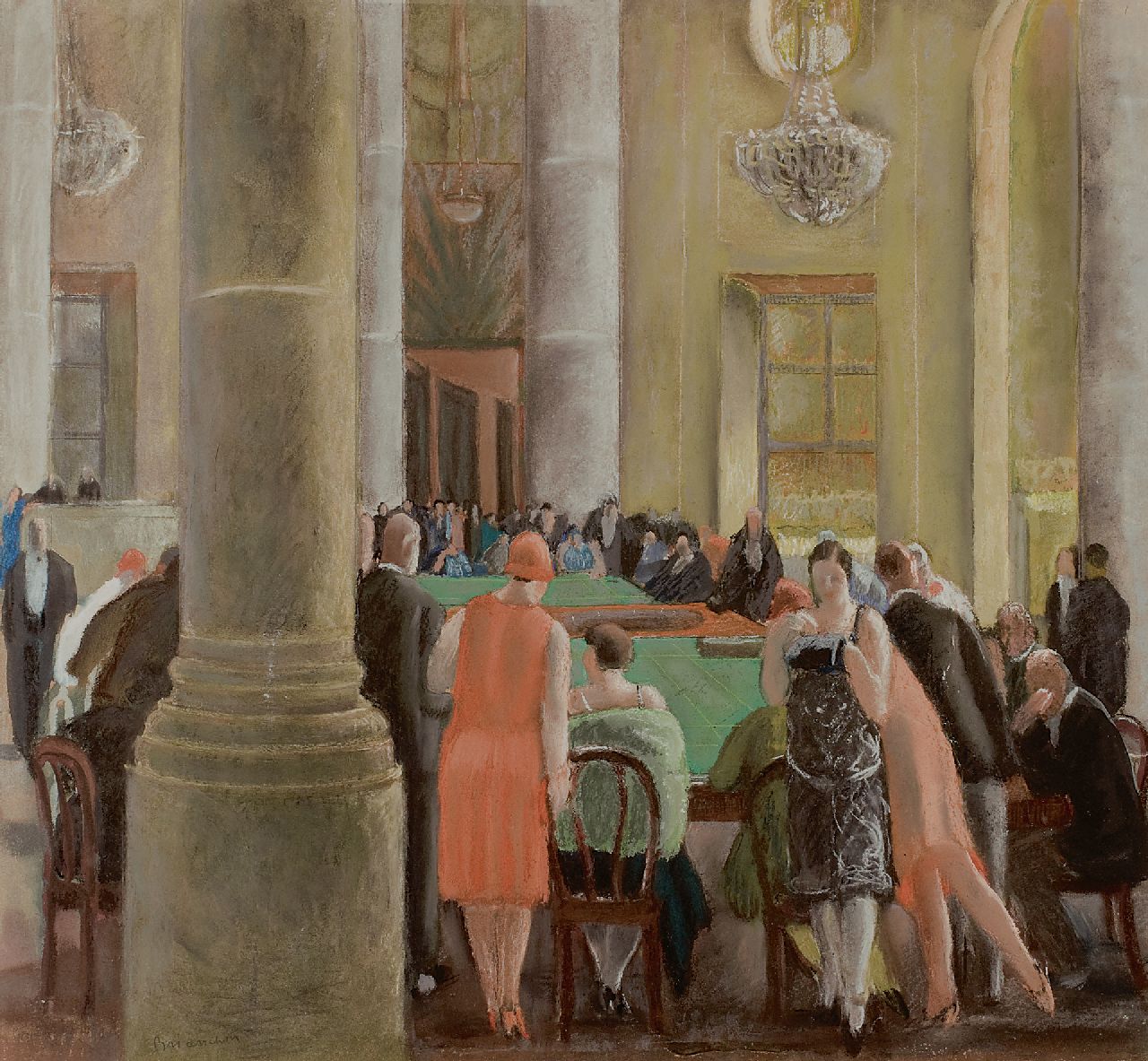