Australian artist Ningura Napurrula was born around 1938 south of Kiwirrkura in one of the last areas where nomadic Aboriginal people lived until the 1980s. She was married to the painter Yala Yala Tjungurrayi, one of the founders of the Western Desert Aboriginal Art Movement. After his death, she began to paint herself in the 1990s and belonged to Kintore's 'Pintupi Painting Women' group. The motives of the Aboriginal artists are determined by what is called the 'Dreamtime', an earlier period that is the source of all knowledge. This is passed on from generation to generation through stories or 'dreamings'. These artists transfer to the canvas what was first painted on rocks, barkcloth, wood and on the human body. Napurrula's work can be found in national international museums and collections. In 2004, she was the only woman of the eight artists chosen to create ceiling and murals in the new Musée du Quai Branly in Paris.

for salepaintings by Napurrula N. 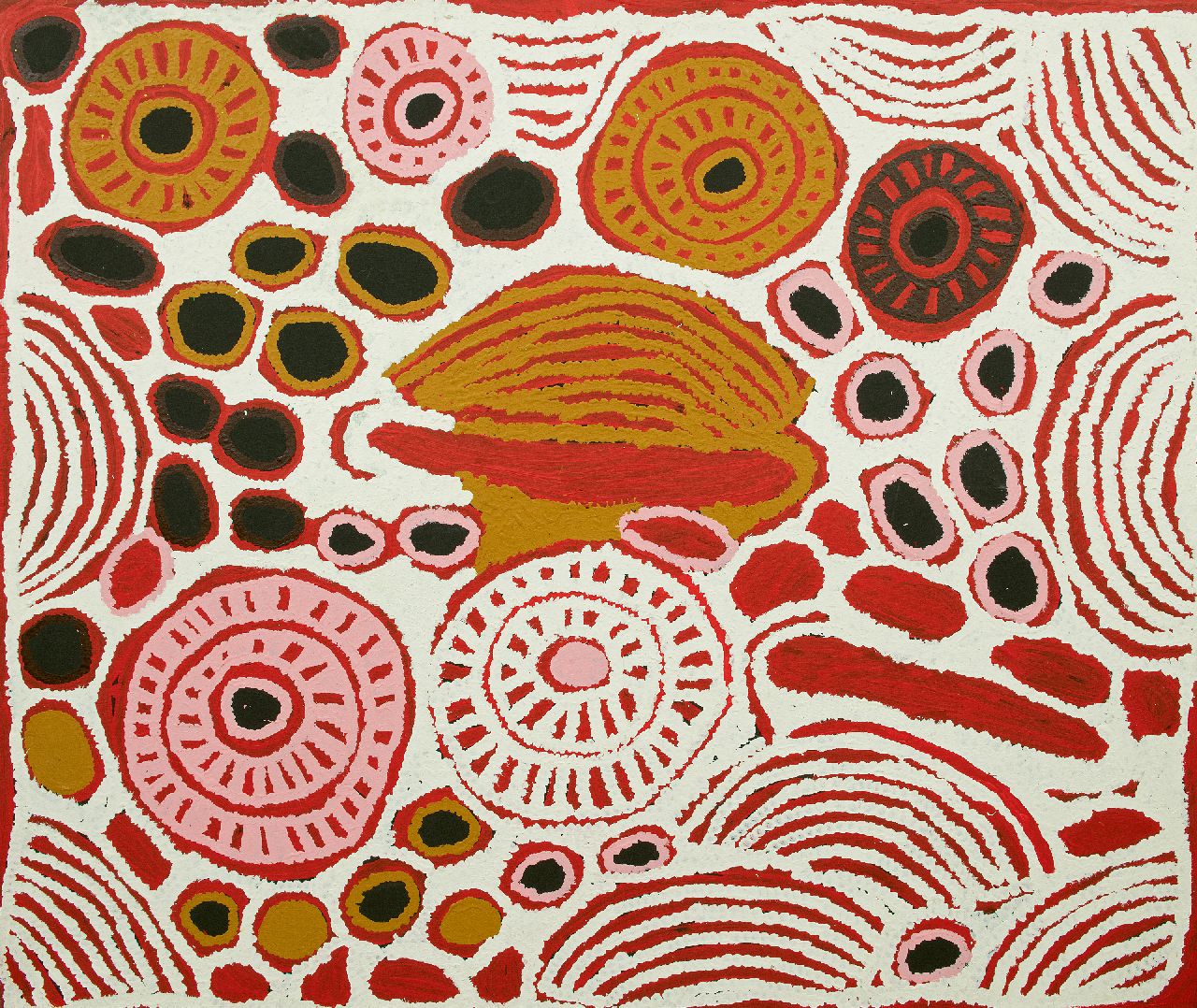 Composition with shells and fossils