Otto de Kat was sometimes called an 'intimist', a painter who preferred to take his subjects from his own surroundings: his wife, his interior, the landscape and his home/studio in the Auvergne. His main role model was Pierre Bonnard. De Kat began his painting career when he moved to Paris in 1928, where he was influenced by Impressionism. Back in the Netherlands, he mainly painted portraits and interiors. In it he laid down his first impression of atmosphere, light and color after he had processed them internally and only the essentials remained. After he settled in Ukkel (1938), this 'serene impressionism' matured into more relaxed and abstract forms in a splendid color scheme.

previously for salepaintings, watercolours and drawings by Otto B. de Kat 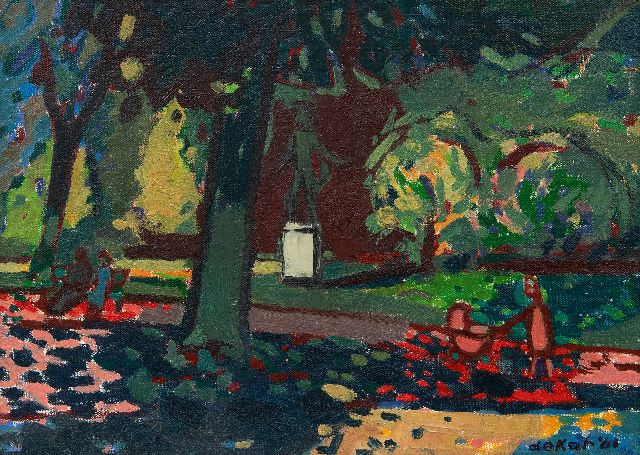 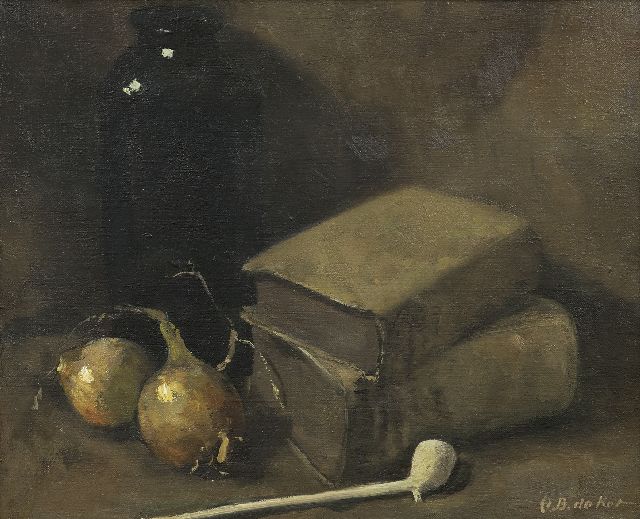 A still life with books, two onions and a Gouda pipe 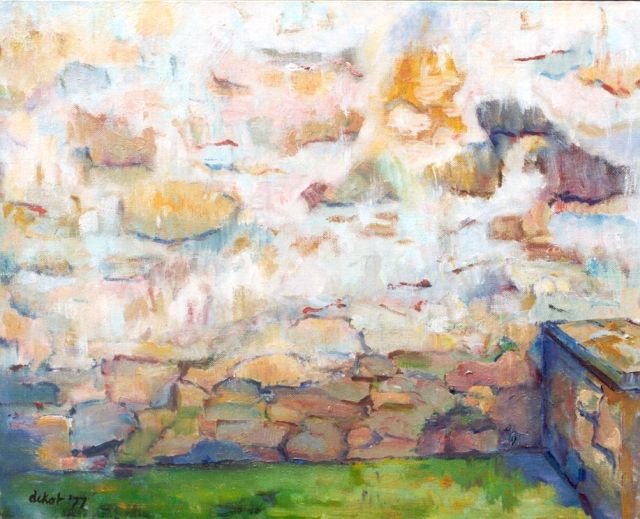 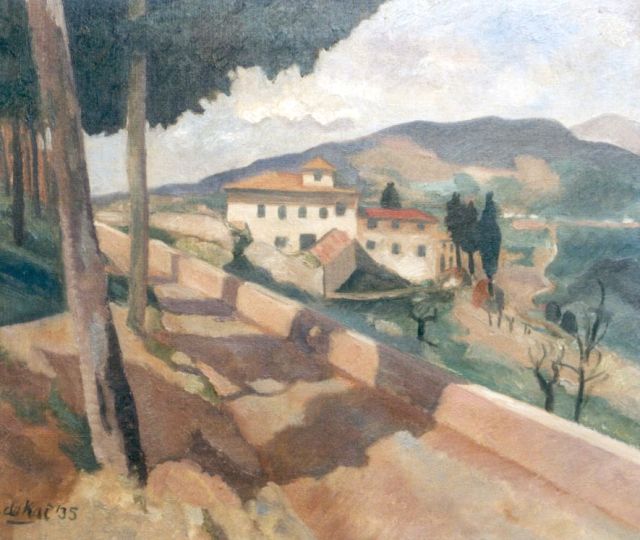 A landscape in Italy 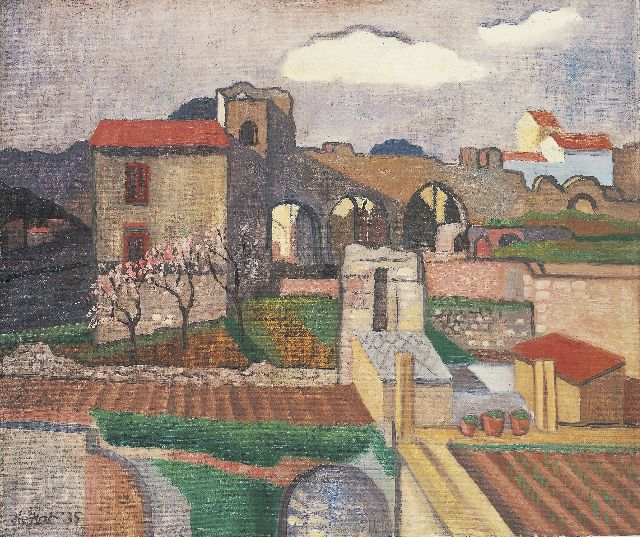 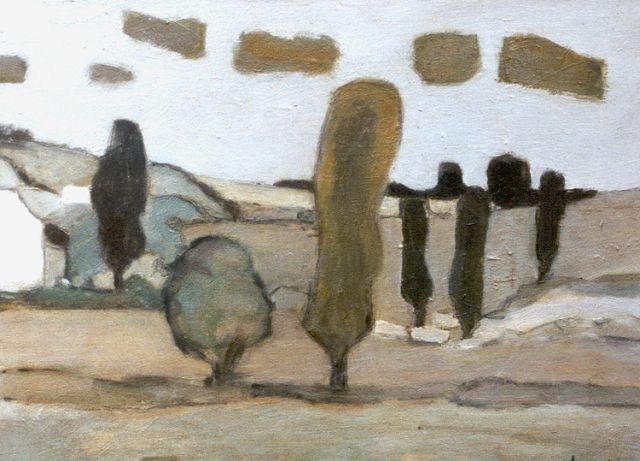 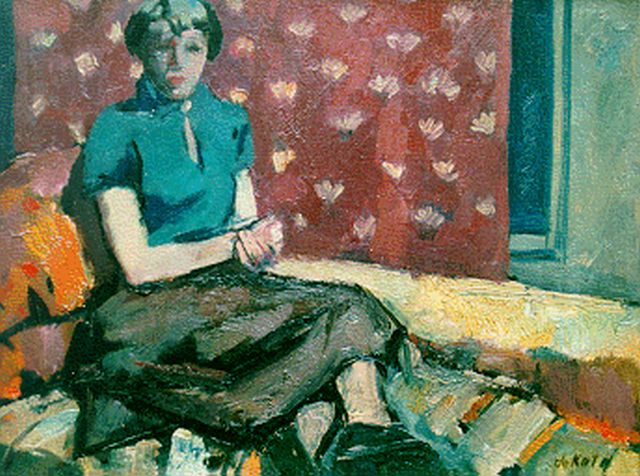 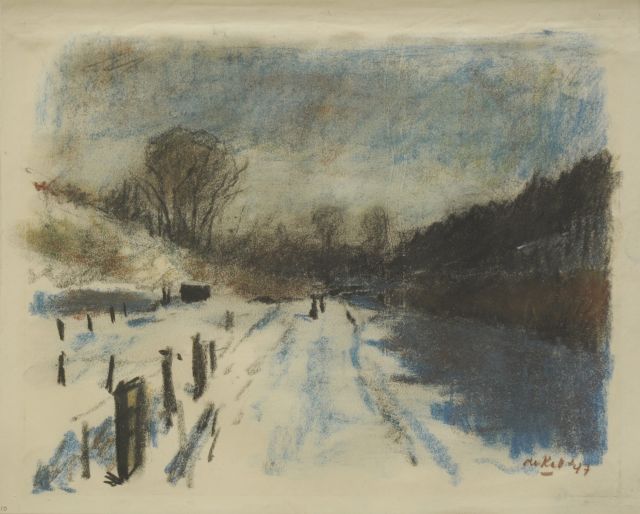 for salepaintings, watercolours and drawings by Otto B. de Kat 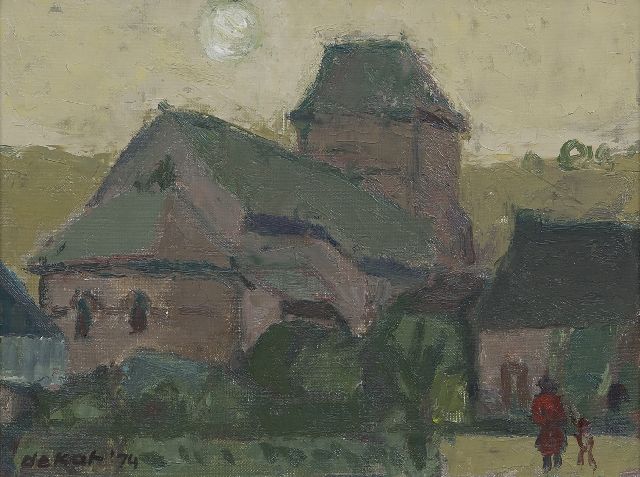 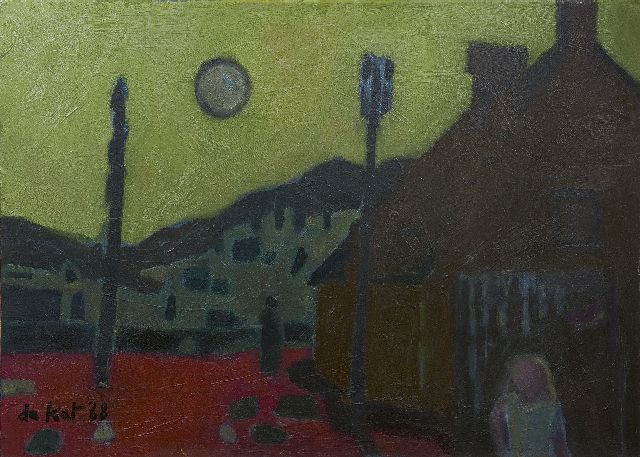