Paul Joseph Constantin Gabriel has been characterized as the portraitist par excellence of the Dutch polder. He learned to paint in nature in Oosterbeek, where he spent some time together with Johannes Warnardus Bilders and Jan de Haas. He lived in Brussels between 1860 and 1884. From there he returned regularly to paint the Dutch lakes and polders. Gabriel eventually developed into one of the leading painters of the Hague School. Almost all major museums have his work. Tough, well-fed cattle are always prominent in the paintings of J.H.L. the hare. He learned how to paint cattle from Pieter Frederik van Os in Haarlem. He then practiced landscape painting during his stay (1854-56) in Oosterbeek, where he worked in the company of P.J.C. Gabriel. In 1857 De Haas moved to Brussels in imitation of Willem Roelofs, but he regularly returned to Holland to find inspiration for his work. He upholstered a number of paintings by Gabriel and Willem Roelofs with cows. 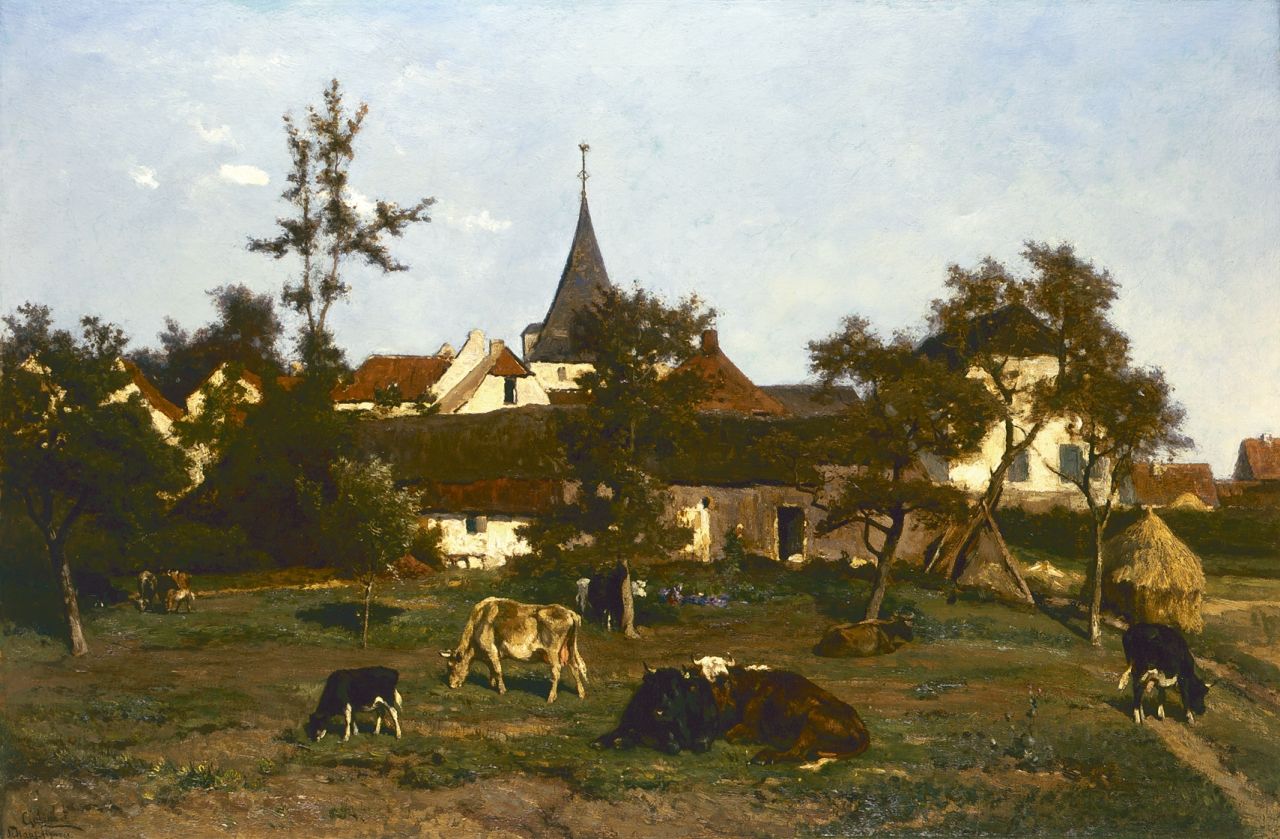