We don't know much about the 17th-century painter Pieter Gallis. Arnold Houbraken tells us in the concise biography of Gallis that he lived in Enkhuizen and moved to Hoorn in North Holland in 1682. He probably also lived in Amsterdam and Purmerend for a while. In addition to his regular job at a loan bank in the evenings, Gallis worked on his paintings of mainly still lifes with flowers and fruit. According to Houbraken, he also painted landscapes, but these have not yet been found in his well-known oeuvre. His paintings are among others in the collection of the Rijksmuseum. The Westfries Museum has two portraits of Gallis and his wife, painted by Nicolaas Verkolje.

for salepaintings by Gallis P. 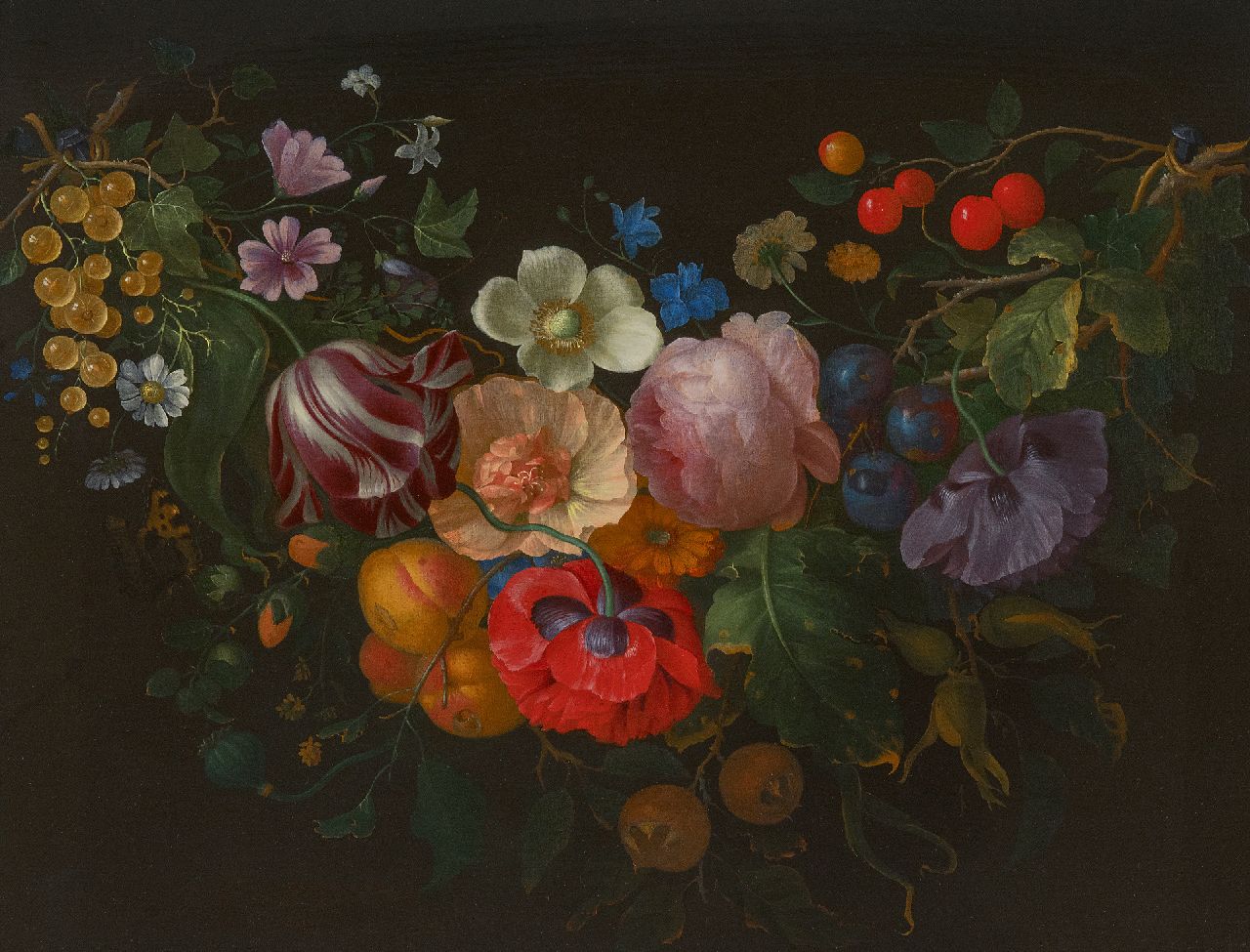