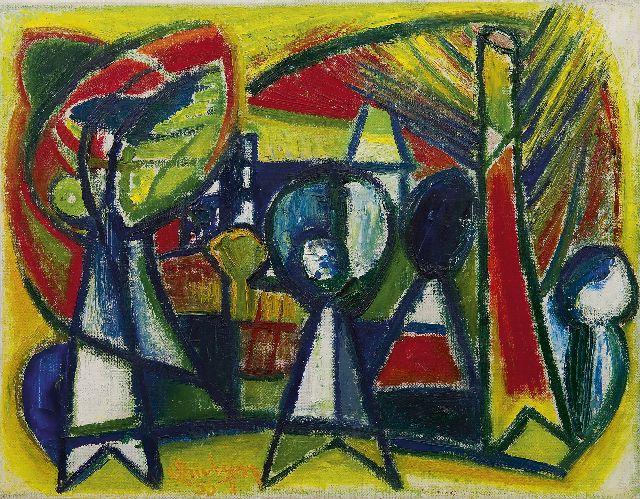 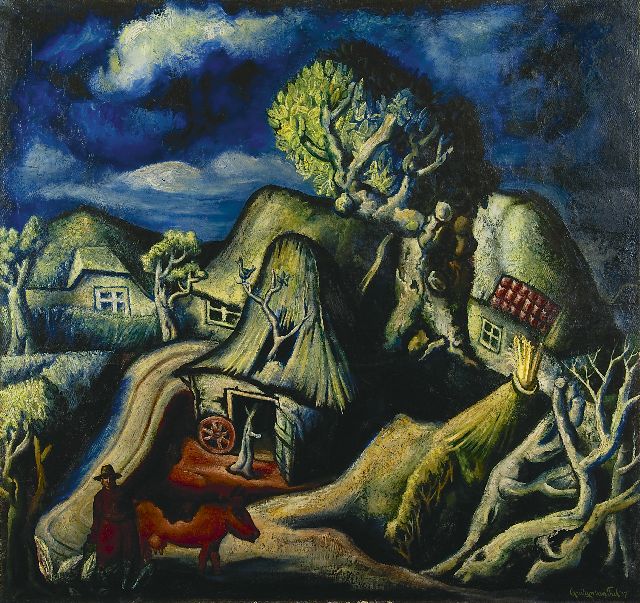 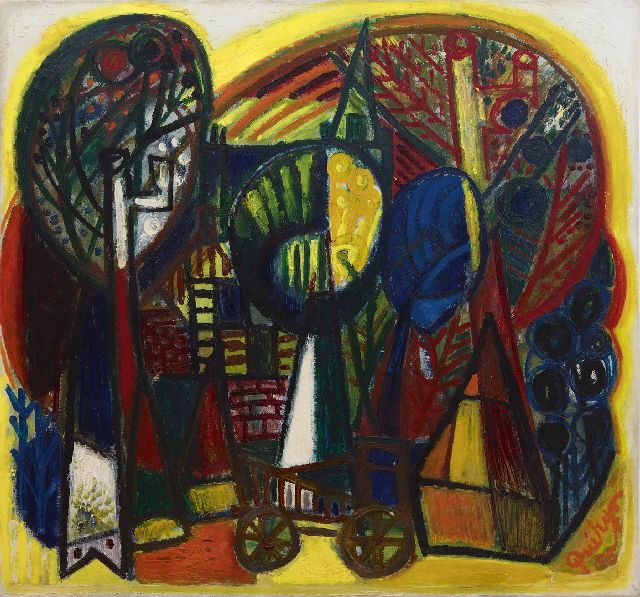 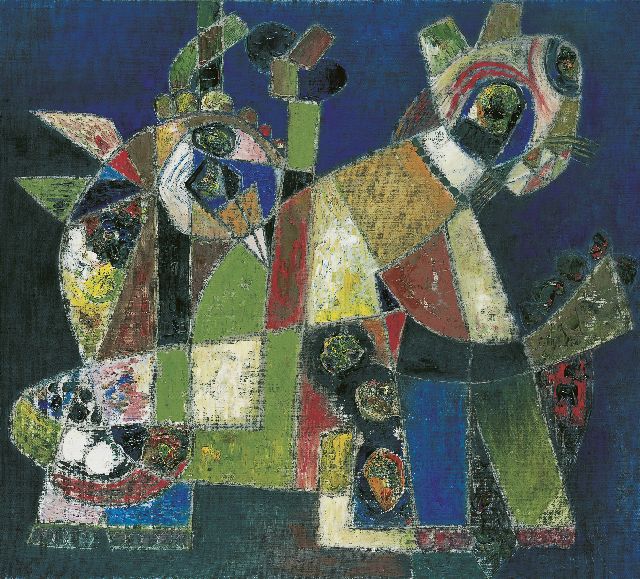 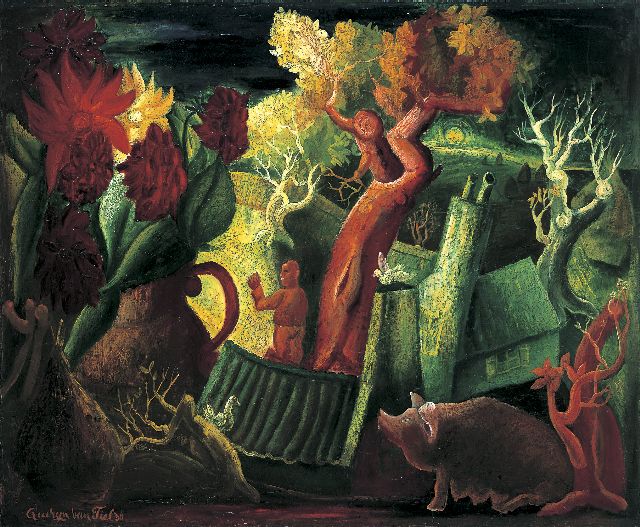 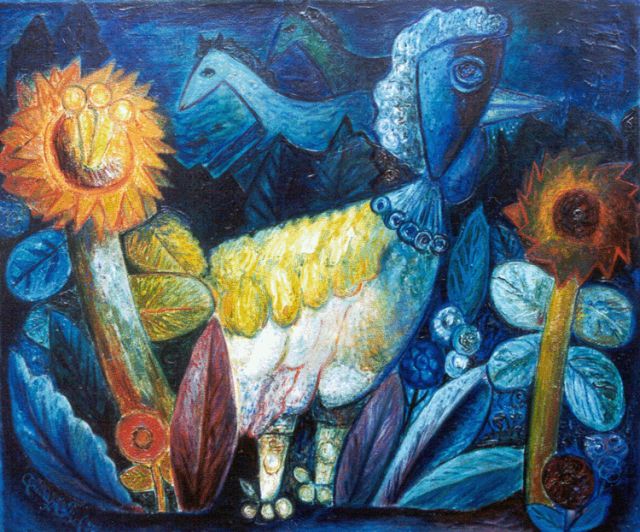 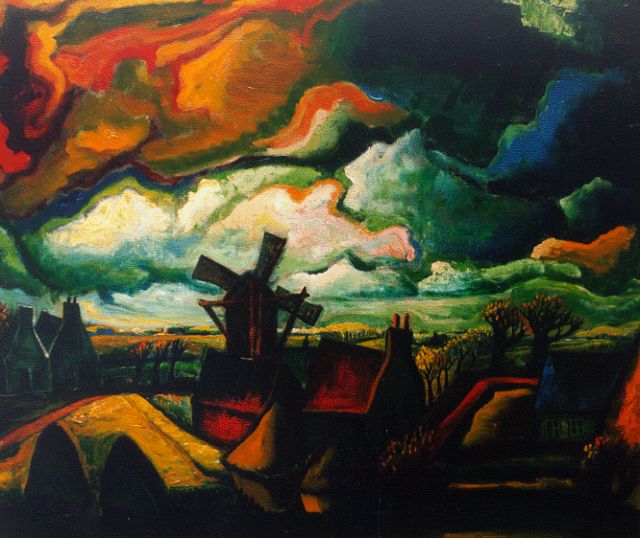 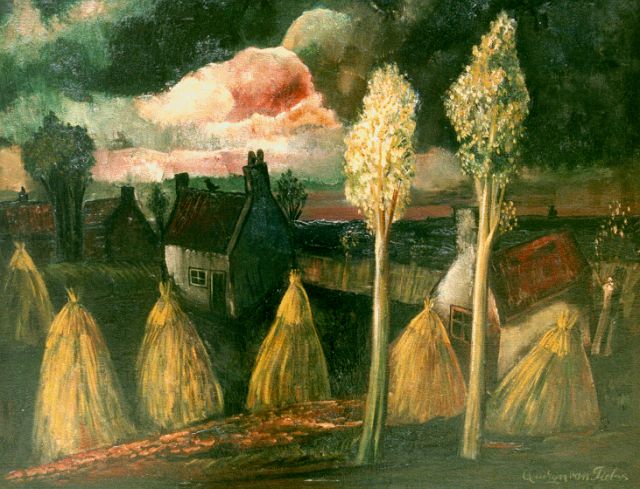 A summer landscape with haystacks 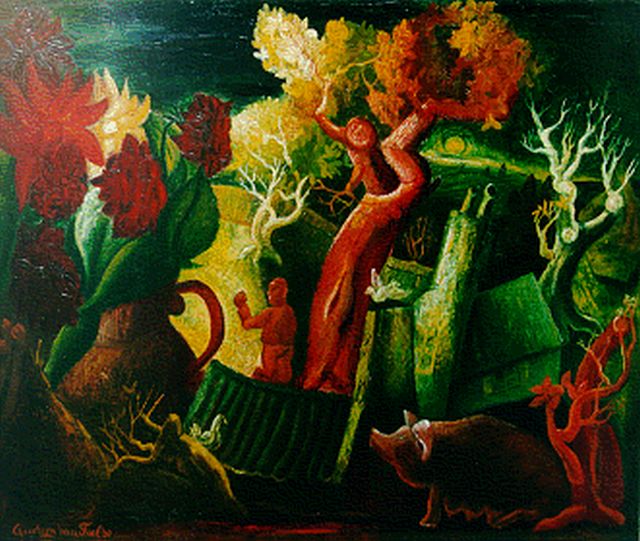 A yard with a pig