Raoul Dufy received a traditional education, first in his birthplace Le Havre, where he met Emile Othon Friesz and Georges Braque, and from 1900 in Paris. The first exhibition of the Fauves in 1905 was a revelation to him. Matisse's style would remain a source of inspiration throughout his life. He joined the Fauves and his colorful, expressive style took shape over the following years, thanks in part to the positive reviews of the authoritative Guillaume Apollinaire. Dufy's talent was also discovered by the high-profile couturier Paul Poiret, who gathered many artists around him. Dufy started to design fabrics and under Poiret's influence, mundane themes also made their appearance in his work such as race tracks and sailing competitions. For the World Exhibition in Paris in 1937, Dufy made one of the largest murals ever.

for salepaintings, watercolours and drawings by Raoul Dufy 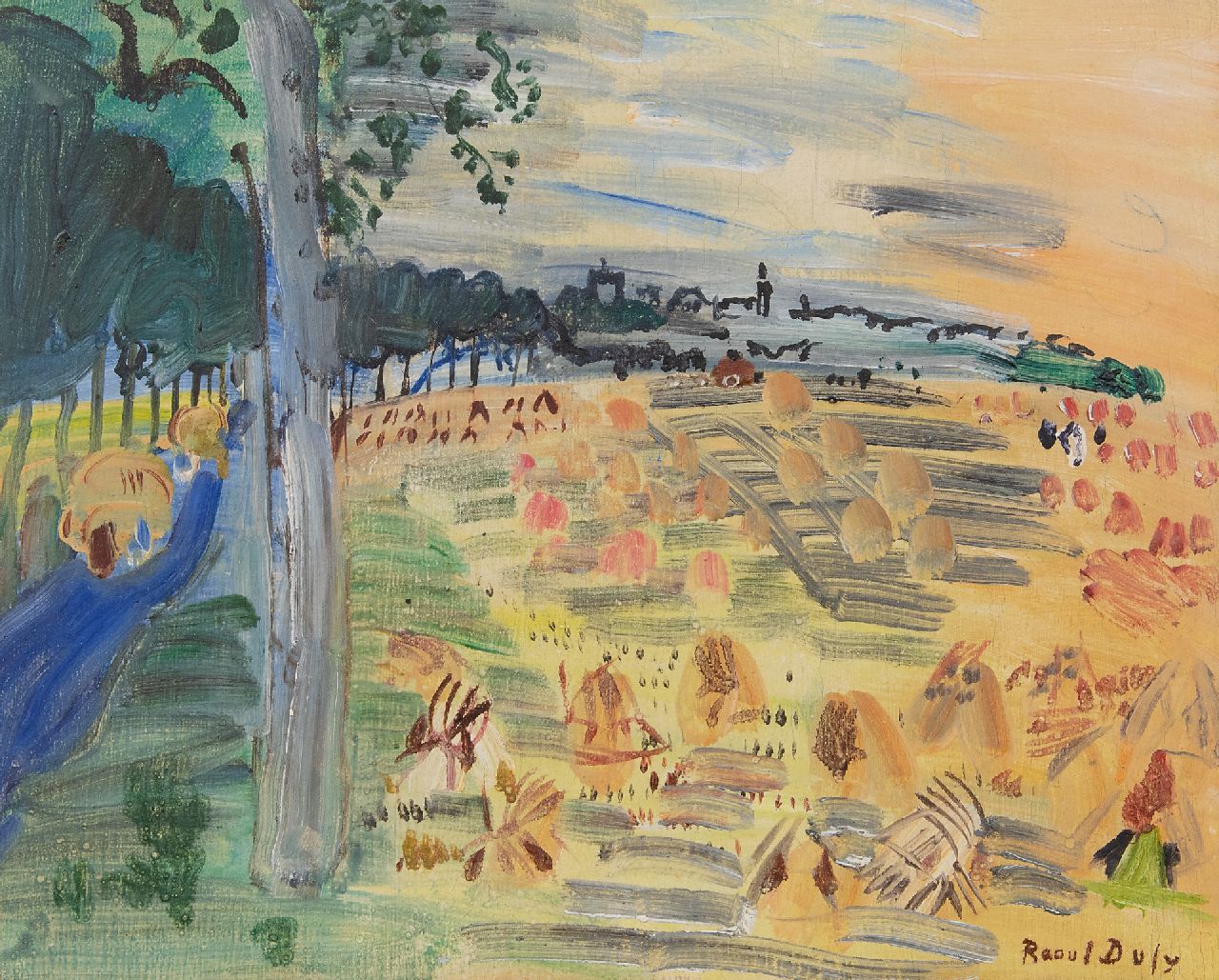