Reinier Kennedy was born in 1881 in Dordrecht. He followed an education as home painter at the Dordrecht trade school and later studied in the evening hours at the art academy in Rotterdam and afterwards in Brussels. In Dordrecht he decorated the town hall with great wall paintings. Soon thereafter he developed psychological issues and in 1928 the artist was taken in at Vrederust in Bergen op Zoom, where he would stay until his death. Kennedy enjoyed great freedom and draw and painted widely around the premises. It meant a new beginning in his artistic development. He got more and more interested in nature, the forest and farm of the land, themes he incorporated in his paintings and drawings. Much of his work is in the posession of the Dordrecht Museum.

for salepaintings, watercolours and drawings by Reinier Willem Kennedy 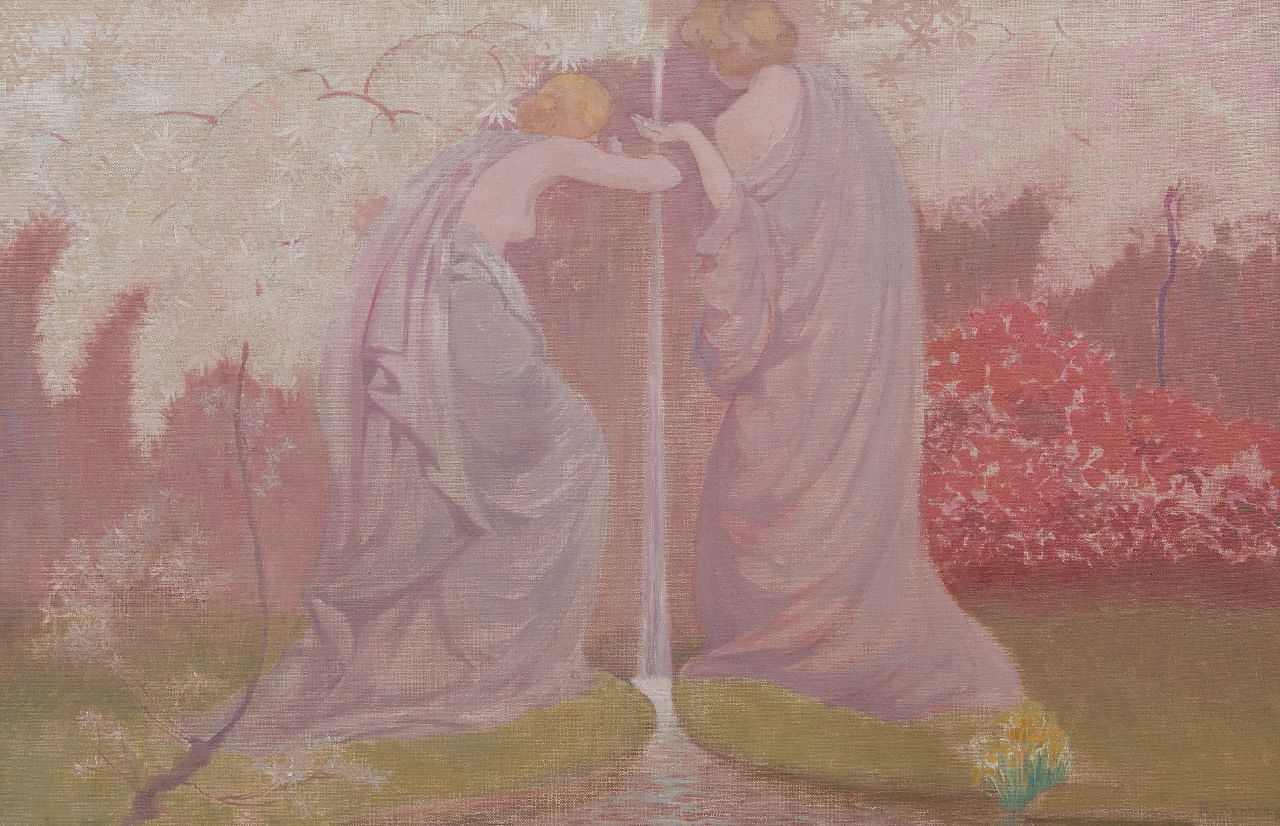 previously for salepaintings, watercolours and drawings by Reinier Willem Kennedy 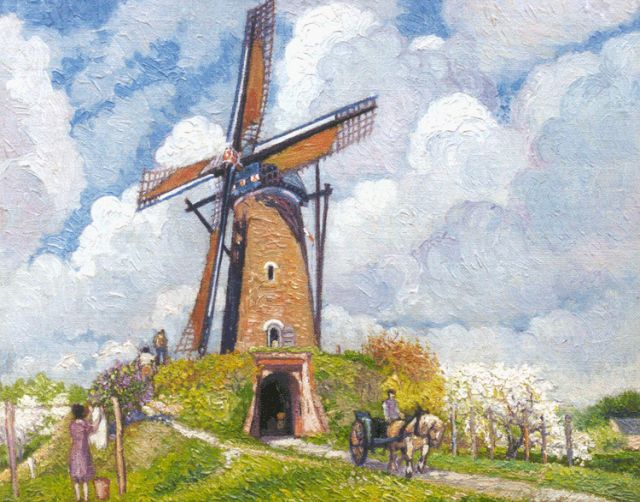 A windmill in spring 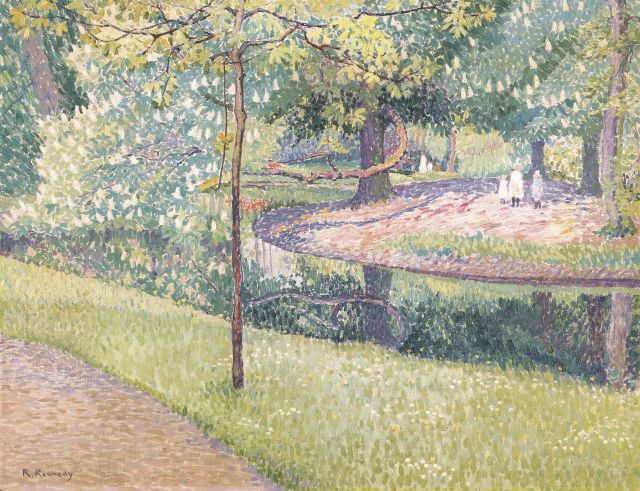 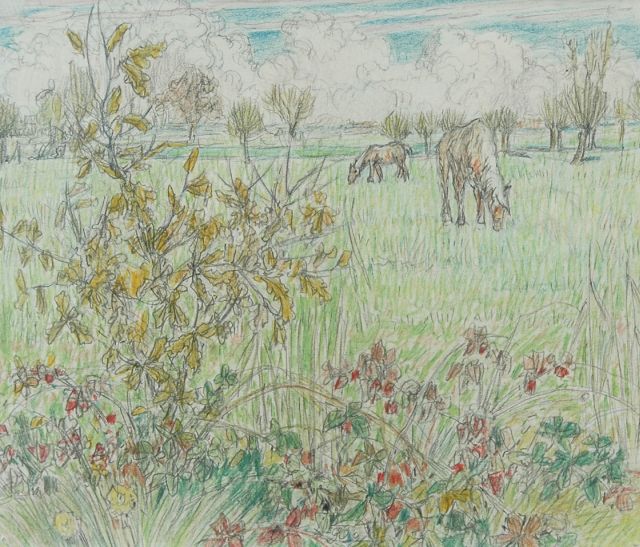 Horses and flowers in the meadow