The German impressionist Robert Emil Stübner became known as a painter of portraits, genre scenes, interiors with figures and sets for theater and ballet. The painter was educated around 1900 at the academies of Breslau and Berlin, and then settled as an artist in the latter city. He is said to have been influenced by the work of John Singer Sargent, the American society painter. Vibrant theatre, variety and opera scenes form a large part of his oeuvre. 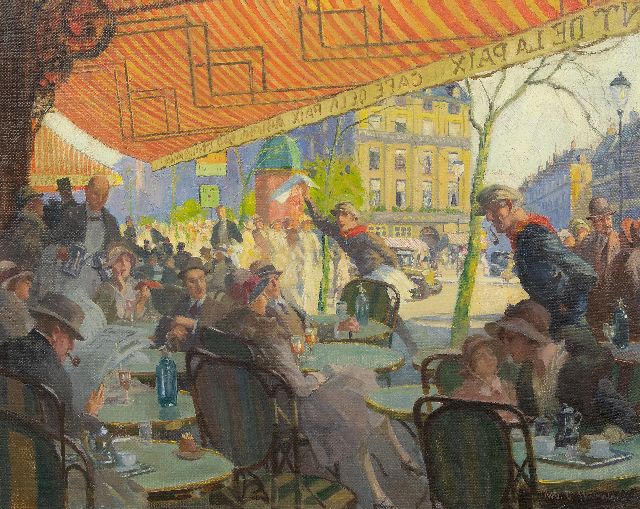 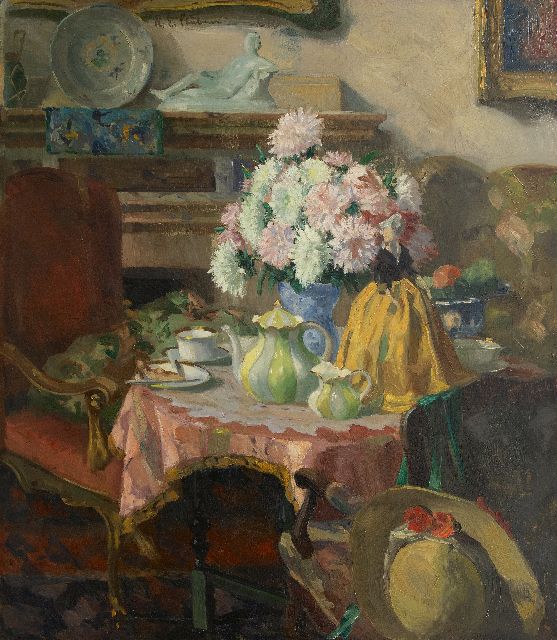 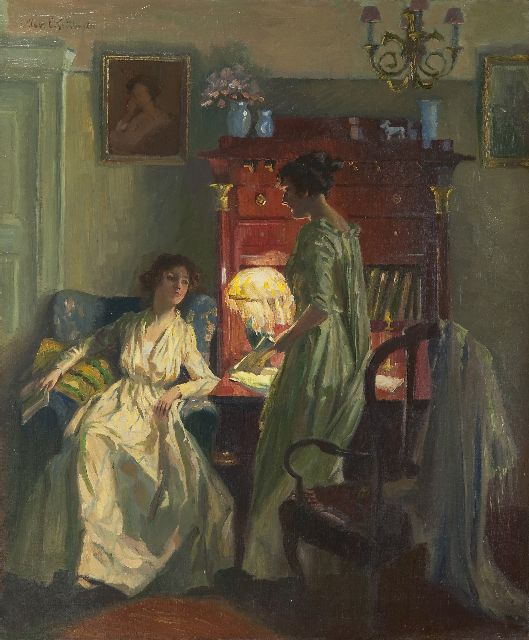 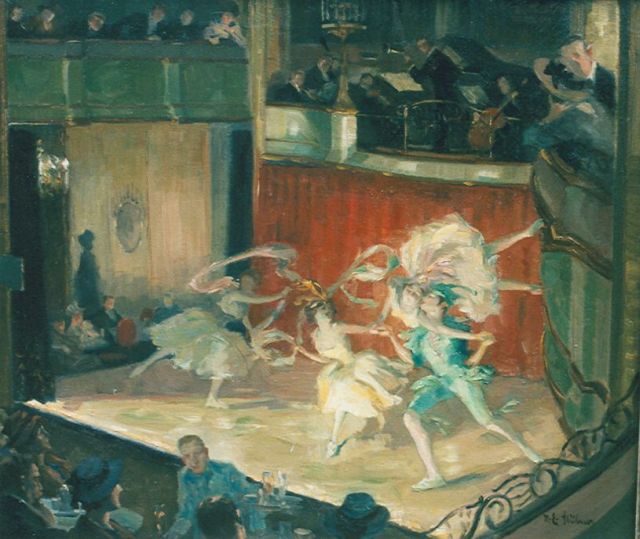 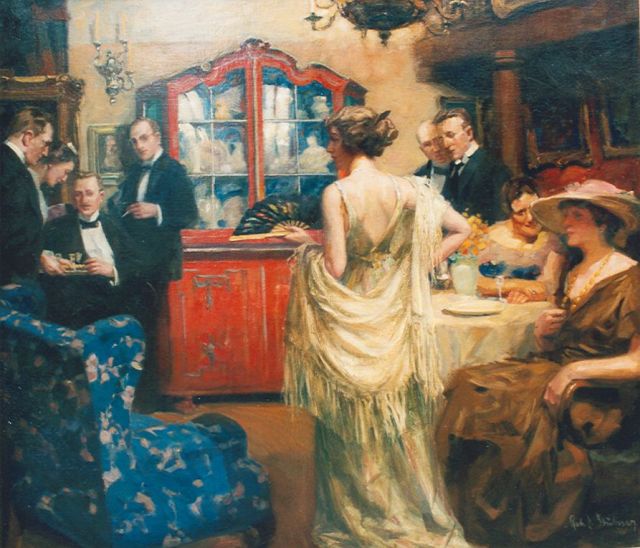