The Polish painter Rodolphe Banet led an adventurous life. Born in Warsaw in 1901, he went to Russia as a young boy and became involved in the Russian Revolution. He returned to Poland around 1923, became stateless, began wandering through Europe and lived in camps until he joined the Allies. This life is reflected in his paintings, which he painted in many different places in Europe: people, streets, processions, cities, but also fantasies, in a colorful mixture of colors. In 1944 he met the Italian artist Anna Filangeri, and together they also made paintings that are a reflection of their special life history.

previously for salepaintings by Banet R. 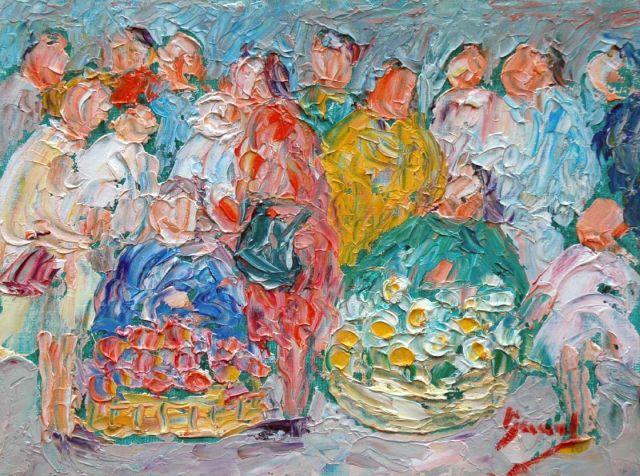 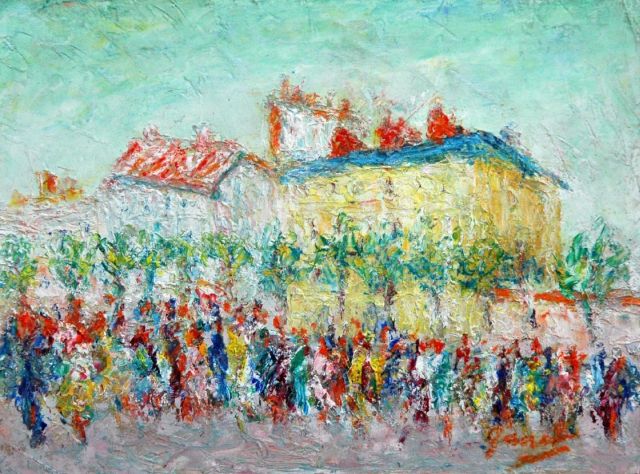 A view of Paris 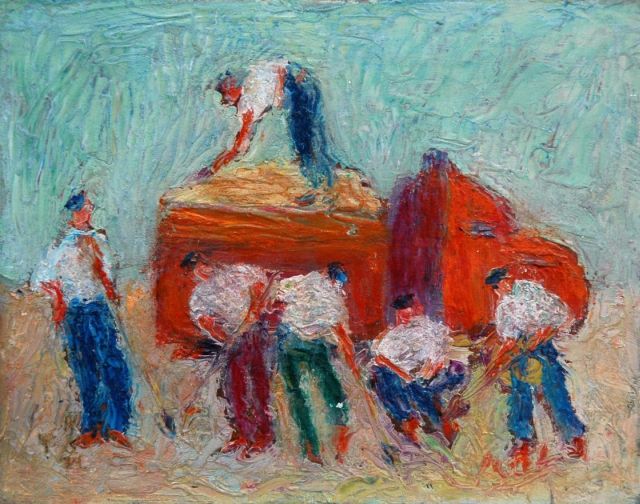