The painter Rodolphe Wytsman is one of the representatives of the Luminism as it developed in the early 20th century in Belgium. He studied at the academy in Gent and, together with Theo van Rysselberghe, he participated in the foundation of the group 'Les XX'. His landscapes in Brabant, the Kempen, The Ardennen and in the Netherlands - during WWI - always show a gentle play of light in half tones. He was married to Juliette Wytsman. 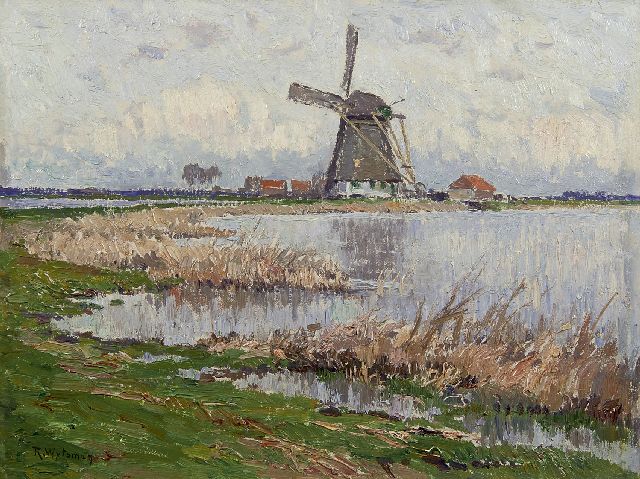 The Prinsenmolen in Hillegersberg, near Rotterdam 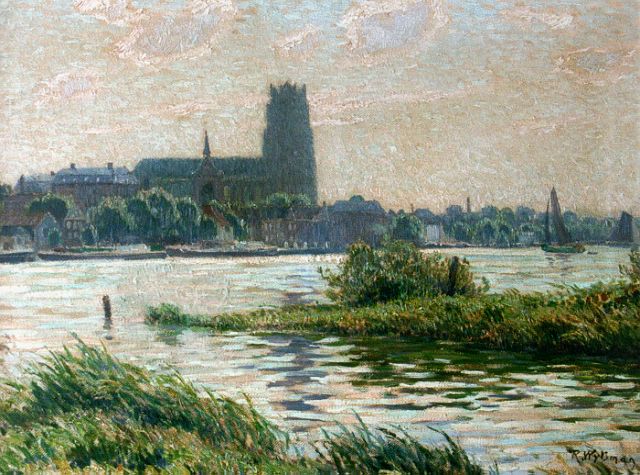 A view of Dordrecht

Flanders (a study for a frieze, right side)

Flanders: The Minnewater (study for a frieze, left side)

Brabant (a study for e frieze)