Anna Boch is one of the few female avant-gardists in Belgium around 1900. Coming from a rich, artistic family (her father was the famous faience manufacturer) she started painting at an early age and was taught by the progressive landscape painter Euphrosine Beernaert. Theo van Rysselberge's influence was reflected in the Impressionist pointillism that she practiced for a short time. In 1885 the painter became a member of the group 'Les XX', with which she joined the avant-garde of neo-impressionism. After 1900 she started to work more and more loosely. She made many trips to the Netherlands and in 1906 spent a longer period of time in Veere in Zeeland. Anna Boch's Brussels home was a gathering place for painters and musicians and she regularly bought work from contemporaries such as Paul Gauguin, James Ensor and Paul Signac. In 1890 she bought 'La vigne rouge' from Vincent van Gogh, the only painting that Van Gogh sold during his lifetime. 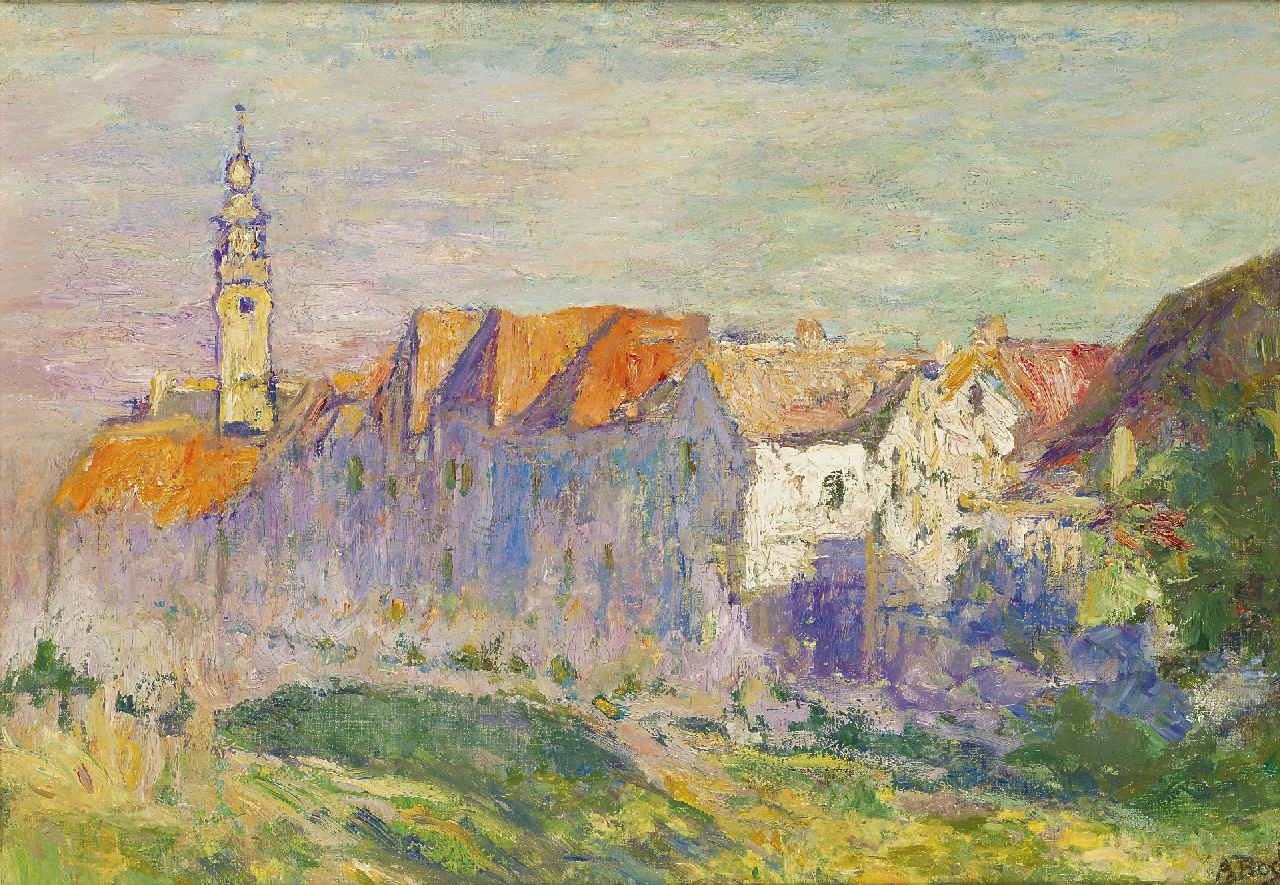 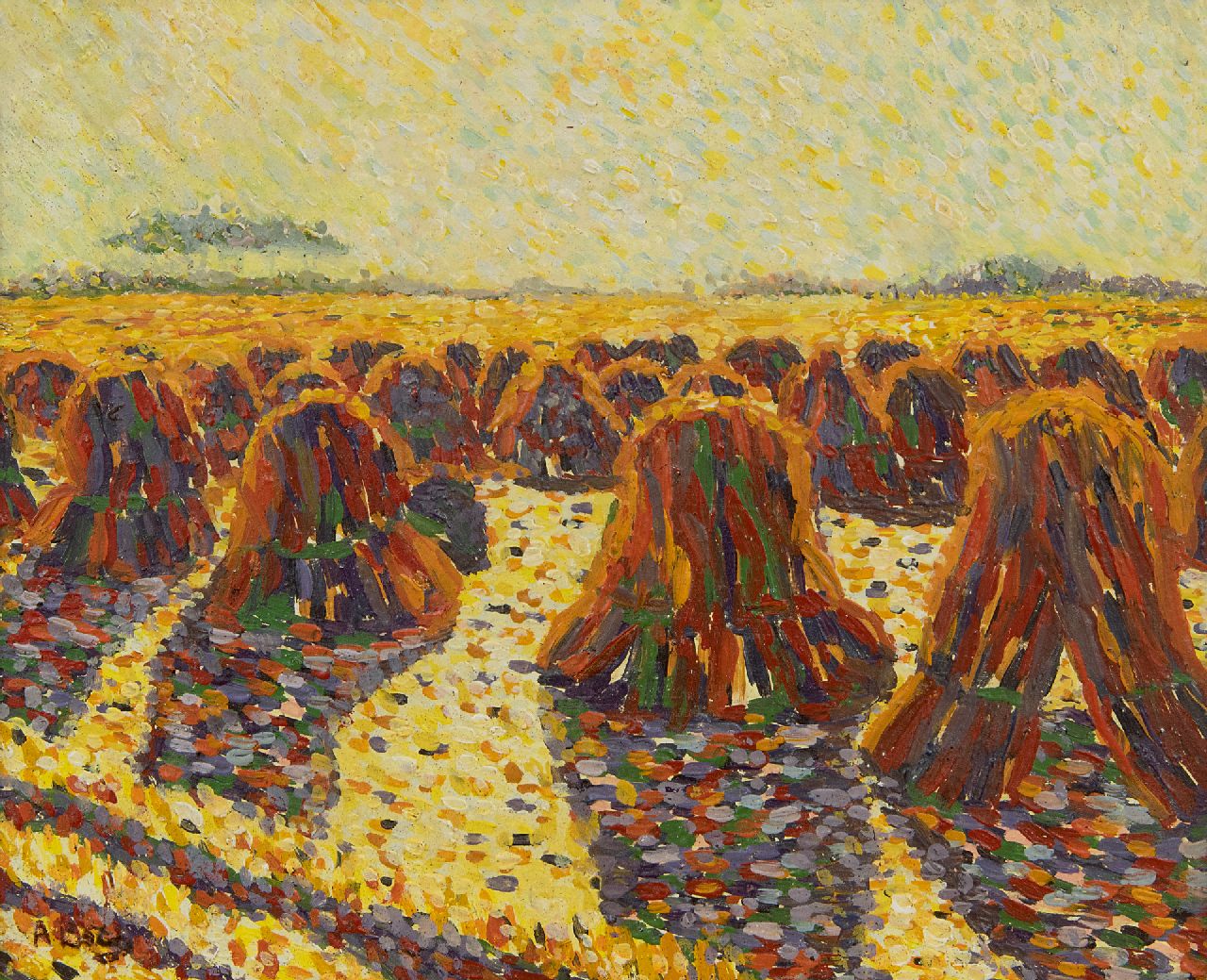 Summer landscape with sheaves of corn