Not much is known about the life and work of Samuel Bailie. He was probably of English origin, but it is known that he worked in Liège and Brussels in the first decades of the 20th century. Bailie mainly became known as an illustrator and poster designer. In the 1920s, he contributed to various magazines in this capacity and also regularly designed advertising work. In Brussels he made designs for De Rycker & Mendel, among others, a publisher and printer that also published reproductions of the work of Henri Cassiers.

previously for salewatercolours and drawings by Bailie S.C. 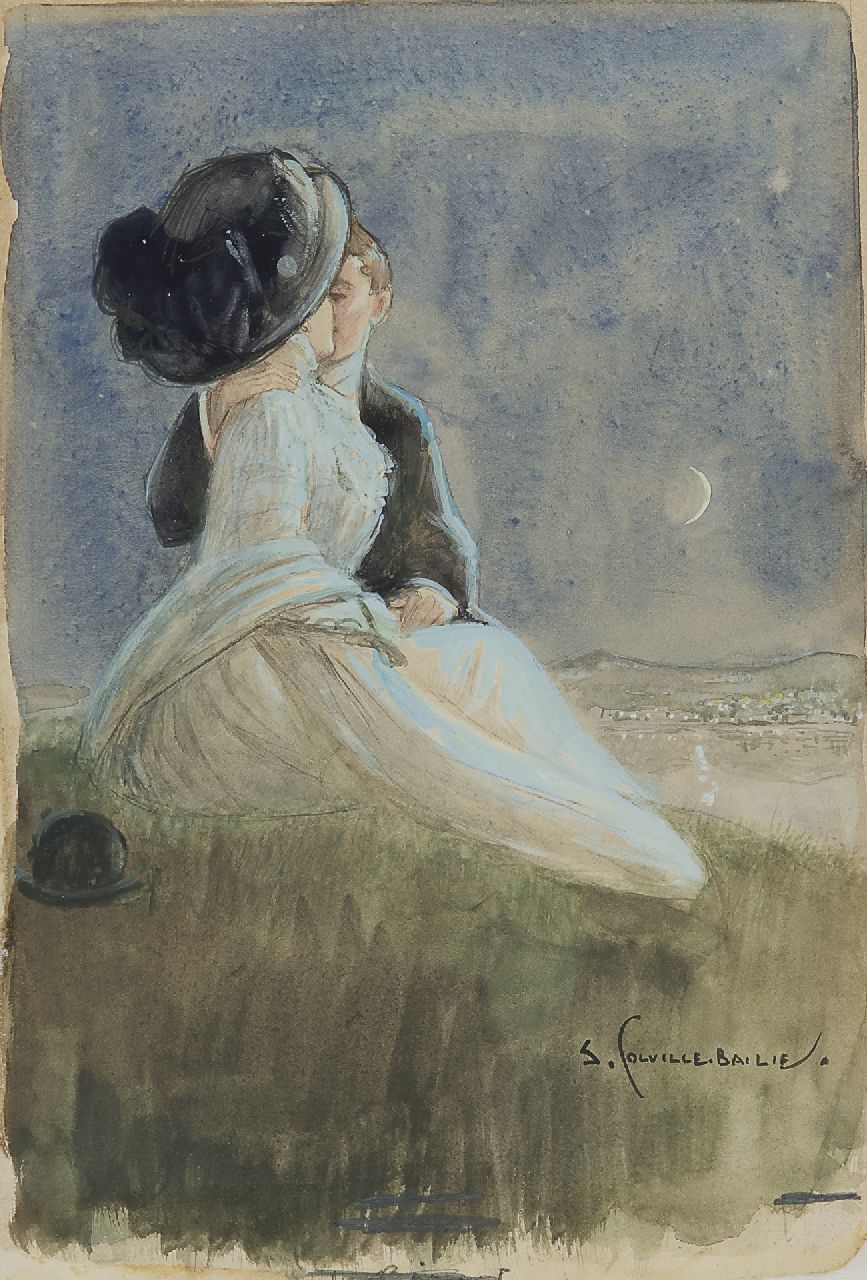