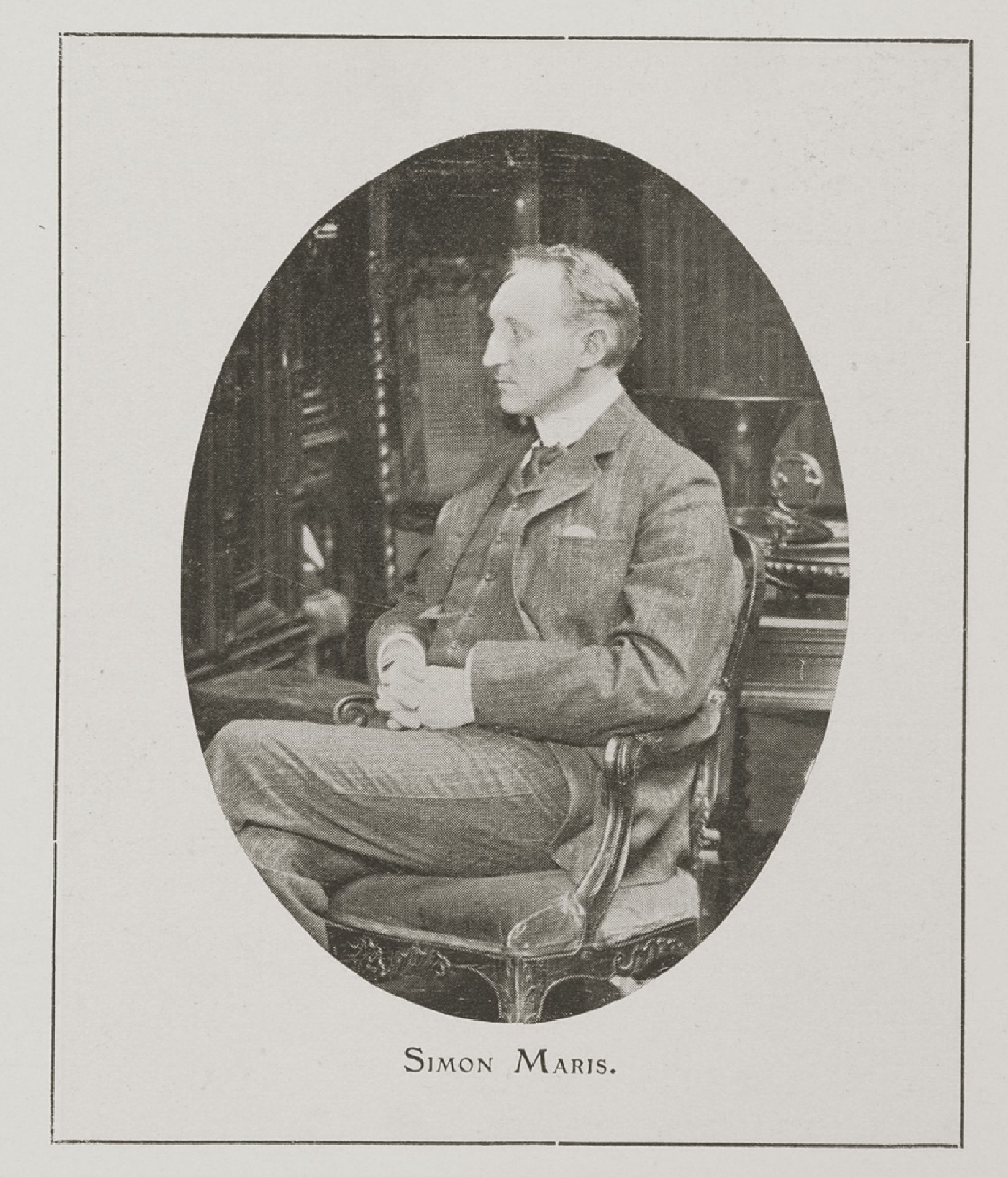 Simon Maris, Willem Maris eldest son, belonged to the second generation of Maris artists. Under the watchful eye of his father, he started painting landscapes at a young age and it initially seemed that he would follow in his footsteps. But painting realistic landscapes did not appeal to him. He would eventually specialize in figure pieces and portraits in a light and colorful palette.

Simon attended the academy in The Hague and enrolled in 1895 at the Royal Academy of Fine Arts of Antwerp. With this he continued a family tradition: his uncles Matthijs and Jacob also studied in Antwerp for a few years. It must have been a good time for Simon at the Antwerp Academy. As the son of a celebrated painter, many doors opened for him and, moreover, he lacked no money. After his education he spent some time in Brussels and undertook study trips to Paris and Italy. Then he finally broke away from The Hague and settled in Amsterdam, first on the Leidsegracht and from 1902 on the Keizersgracht 498. Both his home and his studio on the Spui became a meeting point for artists. Simon lived there as a bon vivant and actually ran a complete art and antiques trade. He was an avid collector and not only traded antiques but also the work of his painting contemporaries. While posing, his rich portrait clientele received a Mondrian, a Mals, a 17th-century still life, a Japanese kimoni, a Delft plate, or the chair on which they sat touted.

More and more often, Maris received portrait commissions from famous people from the social life, the theater world and university circles, where his smooth, elegant style was highly appreciated. In addition to these portraits, he also painted young, often reading women and mothers with children. His wife and his children Mies and Thijs were regularly the models for this. Sometimes Simon also painted cityscapes, beach scenes, landscapes and still lifes.

Together with Piet Mondriaan, with whom Simon would maintain a lifelong friendship from around 1899, and a group of friends including Arnold Gorter, Simon often painted in the neighborhood of Abcoude aan het Gein. Afterwards, they continued to eat, drink and sometimes stay. There he met the young waitress, Cornelia den Breejen. She received singing lessons and was therefore called 'Nootje' by Simon instead of Neeltje or something similar. 'Nootje' was often asked to pose for Simon and his painting friends; at the Gein - sometimes for Simon with a borrowed baby - and later in Simon's studio on the Keizersgracht. He often sent her cards with paintings on it for her album. 'Dear Nootje, what did we work well last night, do you no longer have a headache? Did you sleep well and study? 'Eventually they started living together on Keizersgracht until they got married in 1908.

Simon occupied a prominent place in Amsterdam's art life. In 1904/05 he was chairman of Sint Lucas, after 1907 he became mainly active within Arti et Amicitiae. He was a member of several committees, was vice-chairman from 1919 to 1924 and represented Arti in the organization of exhibitions of Dutch art abroad.
© Simonis & Buunk

previously for salepaintings by Maris S.W. 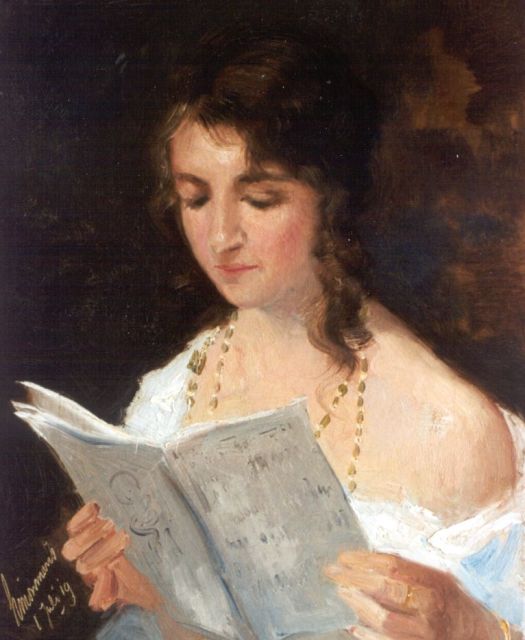 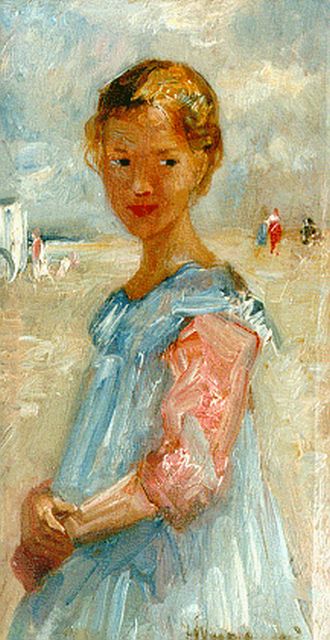 A little girl in a blue dress on the beach, Zandvoort 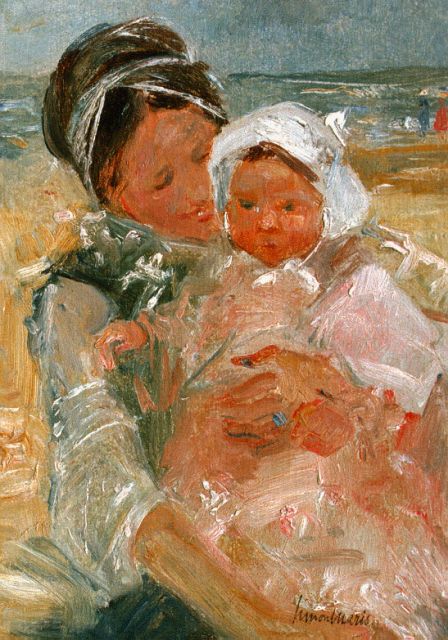 A mother with baby in the dunes 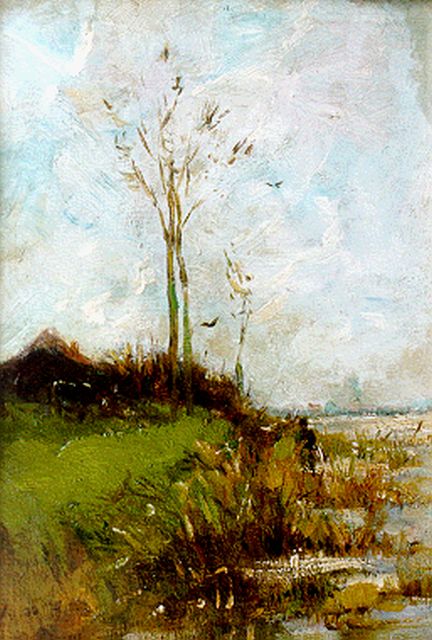 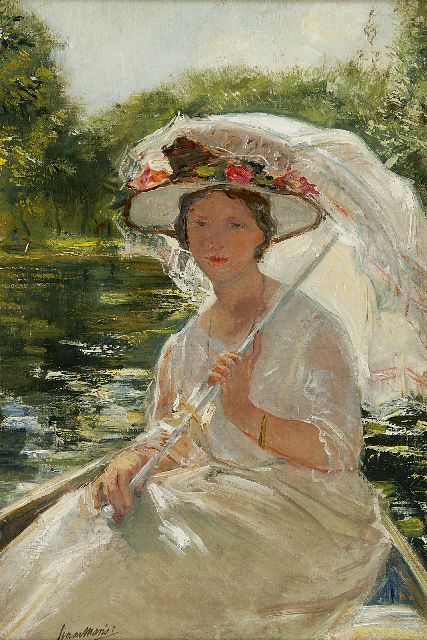 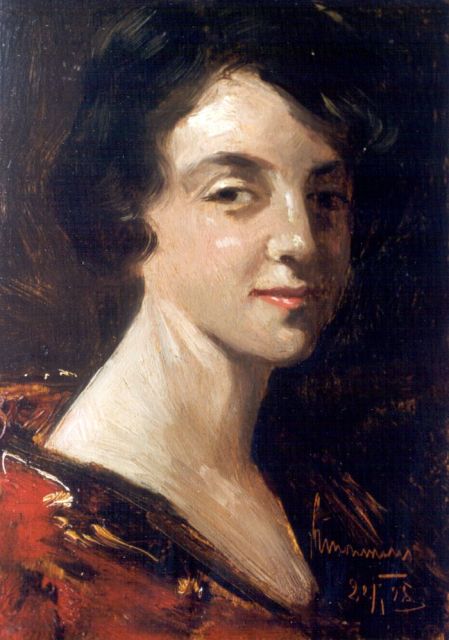 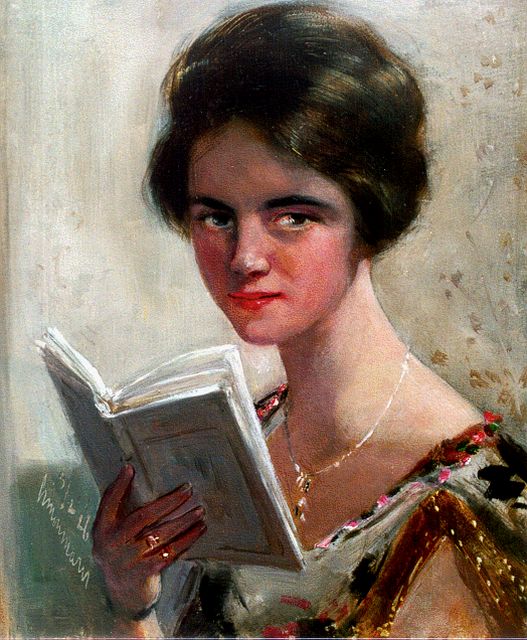 A portrait of an elegant lady reading 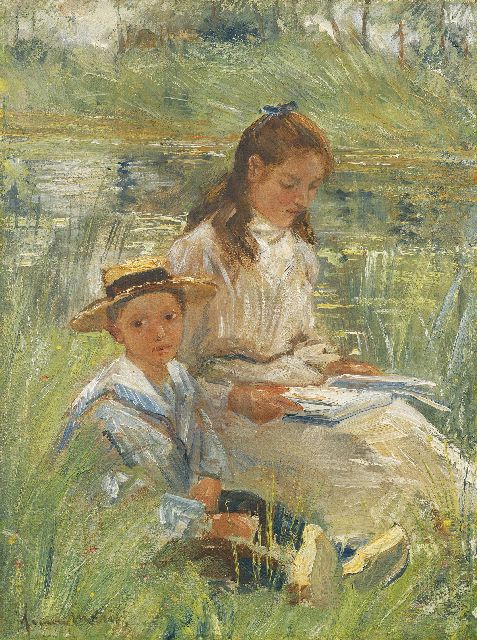 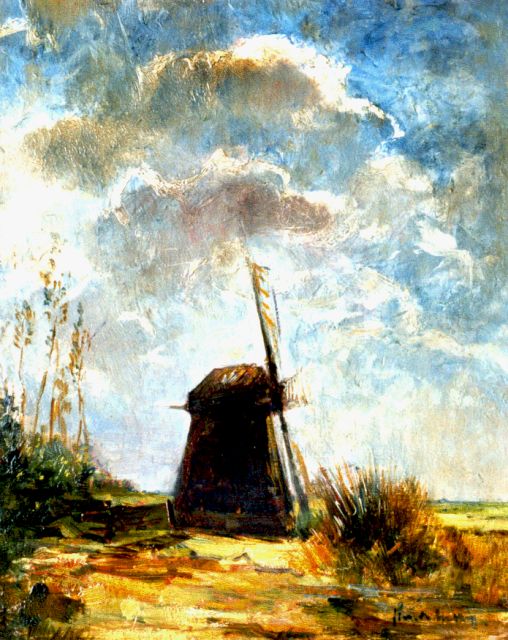 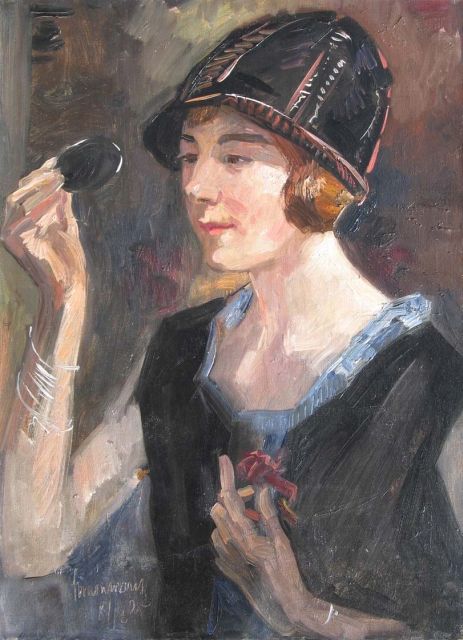 A woman holding a mirror 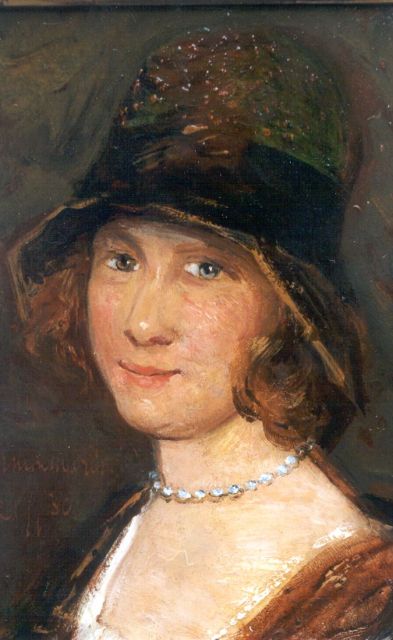 A young woman with a hat 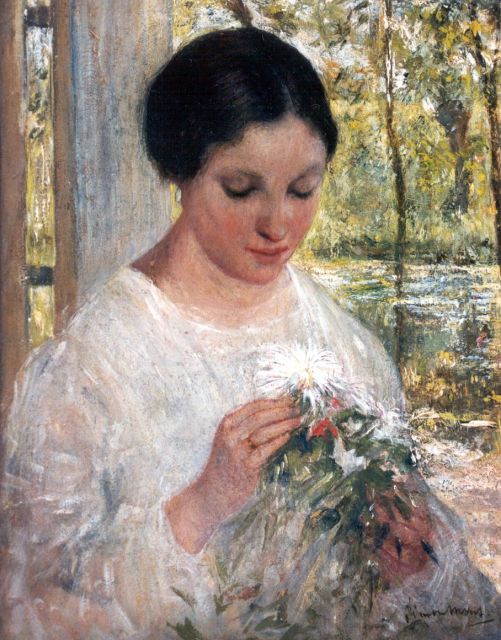 A young woman with a bouquet 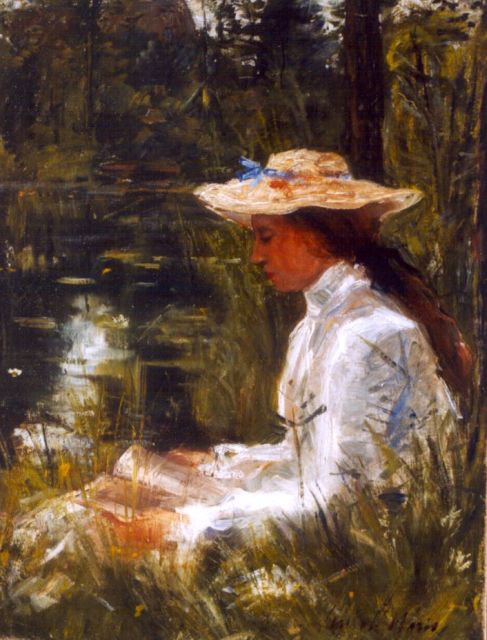 An elegant lady reading by a pond 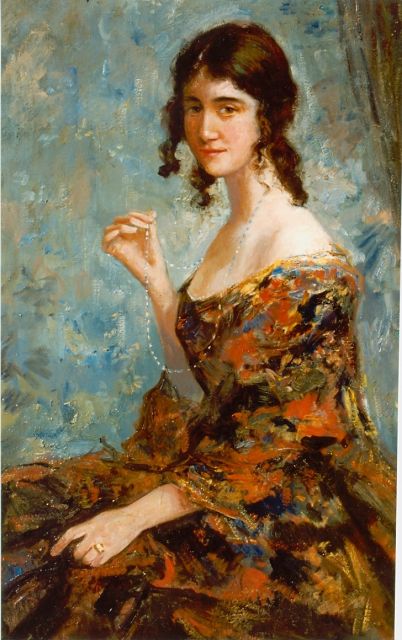 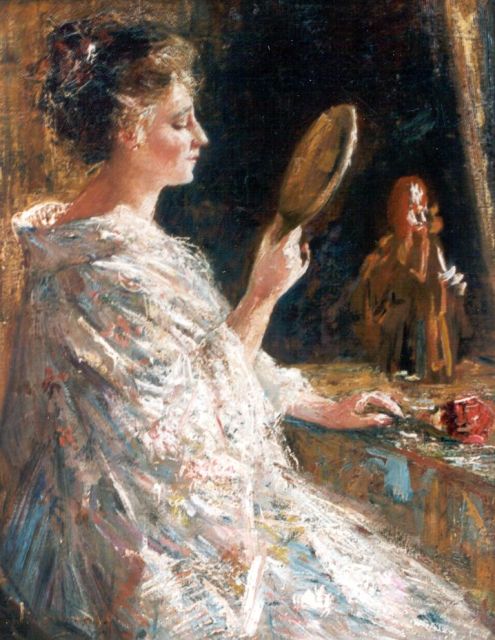 An elegant lady with a mirror 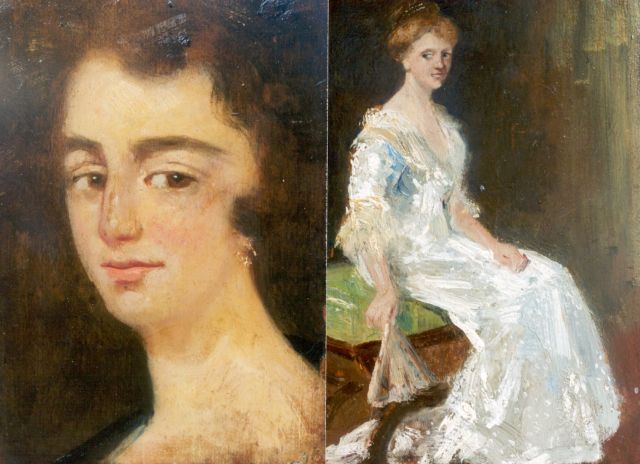 Elegant lady with a fan (recto); portrait of a lady (verso) 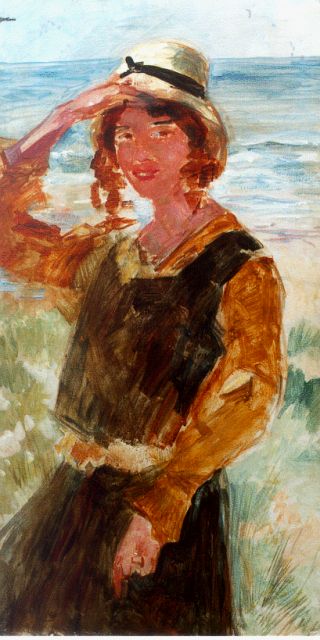 Mies on the beach 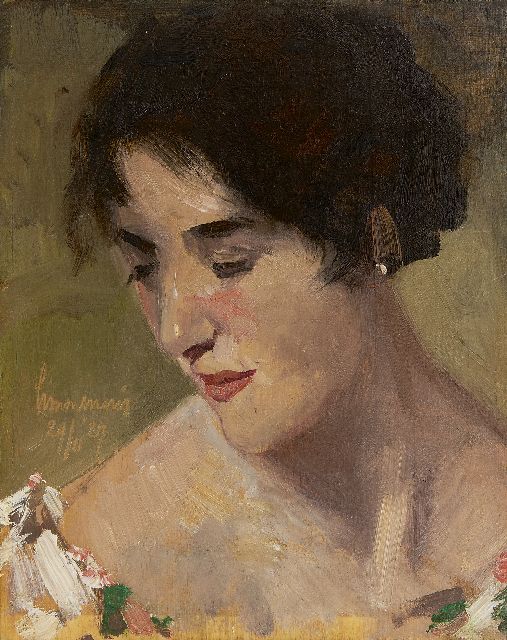 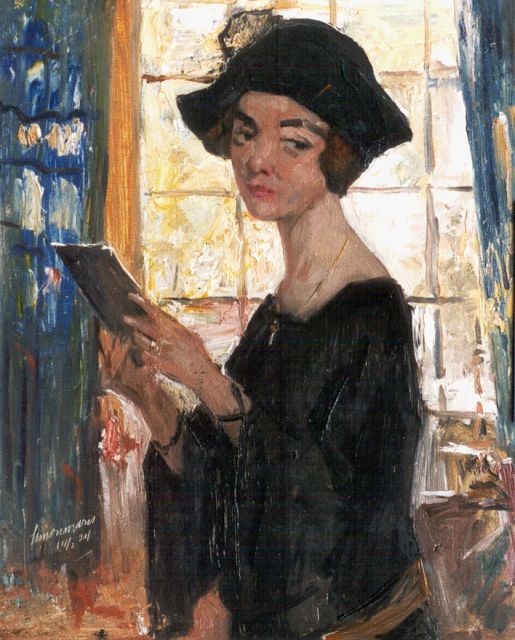 Portrait of a lady with a letter 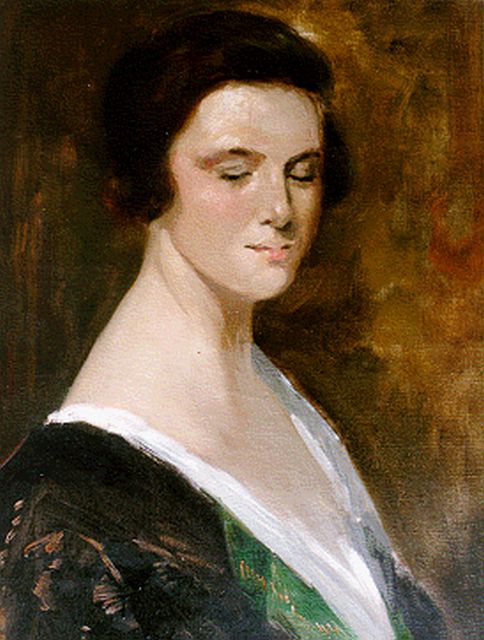 Portrait of his wife 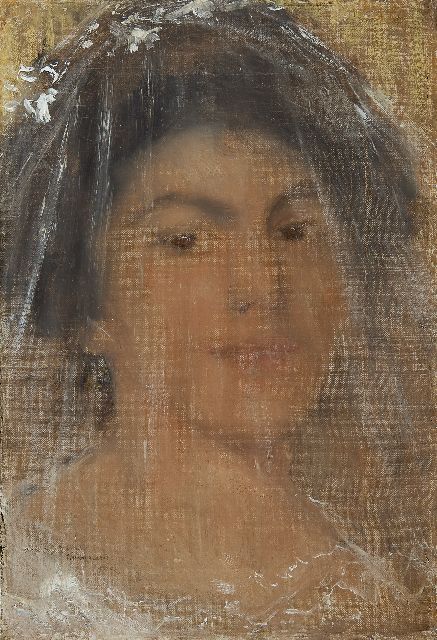 Young woman with a veil

for salepaintings by Maris S.W.