The name of the painter Stien Eelsingh is inextricably linked with Staphorst. She initially lived and worked in Zwolle and then, in the 1930s, in Amsterdam. There she became friends with Else Berg and met Jan Wiegers and Johan Dijkstra. In 1942 she settled in Staphorst, Overijssel, where she previously painted now and then. From that moment on, the Staphorster population was given a prominent place in her work. Frequently recurring themes relate to family life, man and work, man and animal and man in his religious experience. She always tries to show something of the connection of the Staphorster population with their land and nature. Characteristic of her work from this period are the powerful, expressive style and the strong colours which, like with many expressionists, have a complementary character. 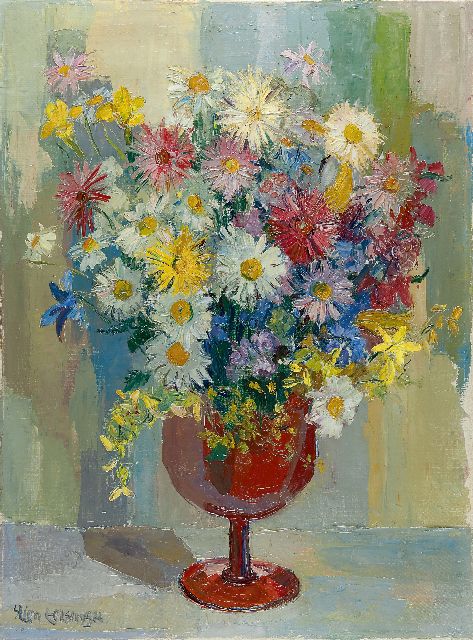 Daisies in a red vase 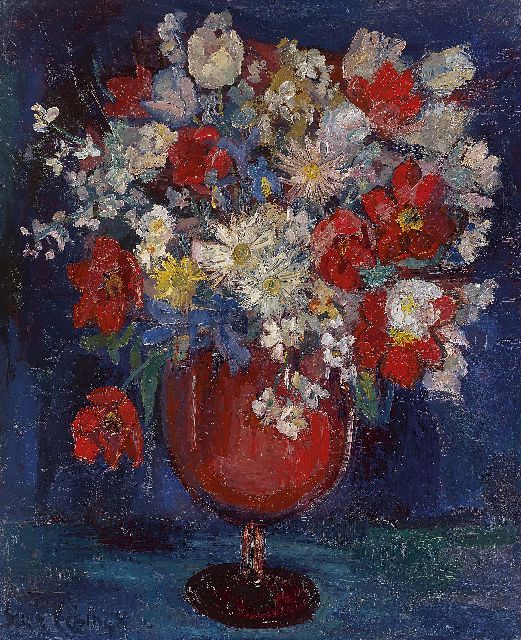 Bouquet of flowers in a red vase 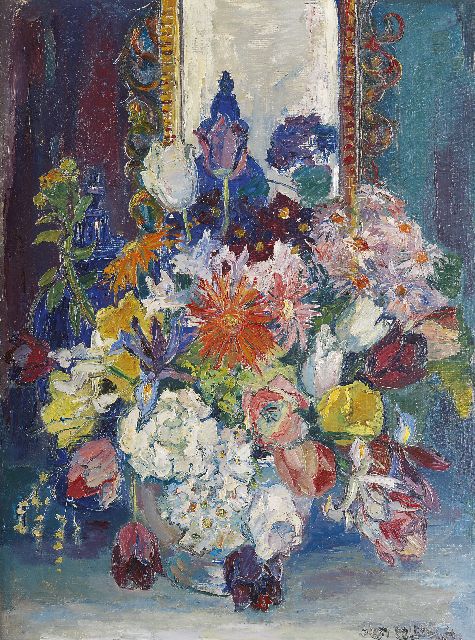 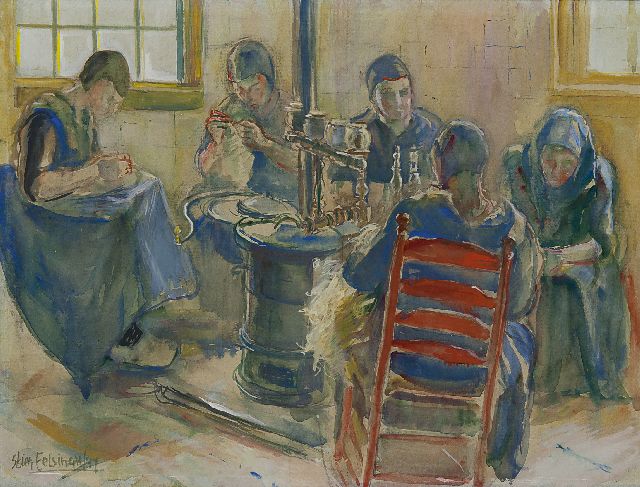 Doing needlework around the stove, Staphorst 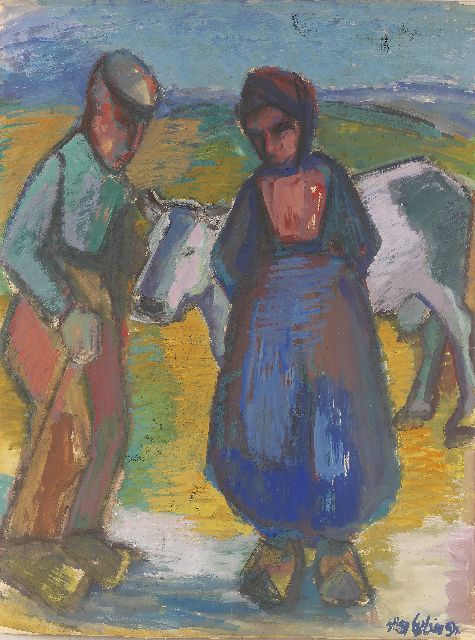 A farmer's couple with a cow 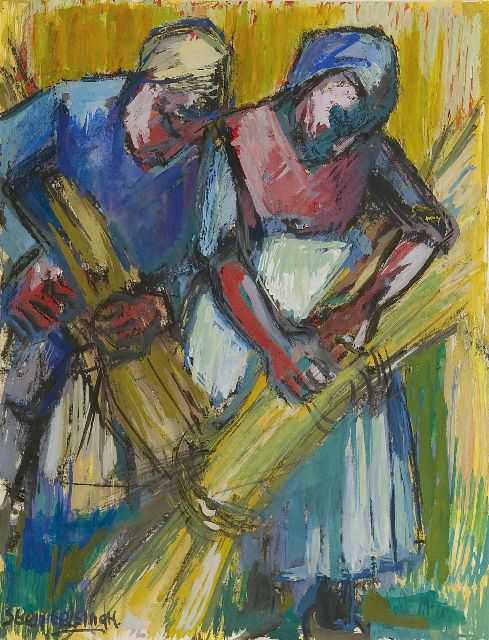 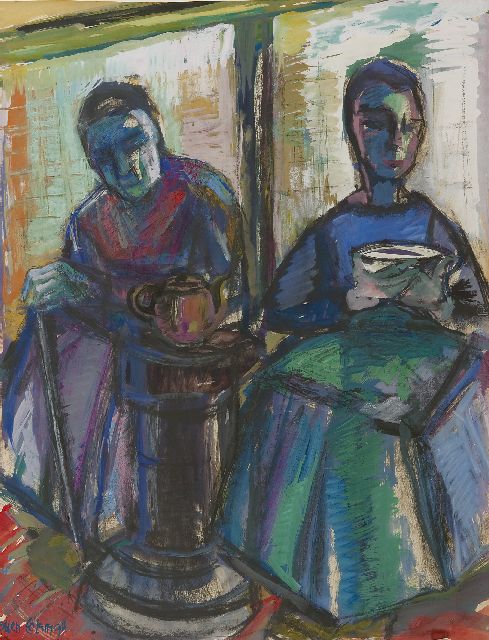 Women near the stove, Staphorst 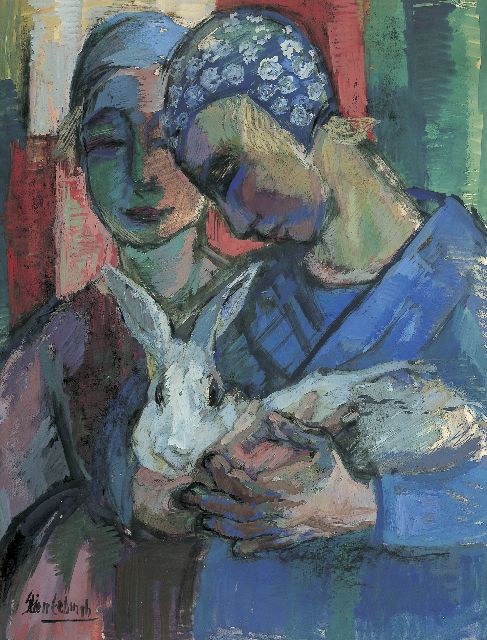 Two 'Staphorster' girls with a rabbit