Born in the German town of Altenau, Theodor Graetz painted landscapes, pictures of animals and genre scenes. He was also active as an illustrator, making a name for himself as a chronicler of his times. Graetz studied at the art academy in Munich in the 1890s, where his tutor was the landscape and interior painter Ludwig von Löfftz (1845–1910). In Munich, his illustrations regularly appeared in Fliegenden Blätter, a satirical magazine. He also frequently showed his work at prestigious exhibitions such as at the Glaspalast and Sezession in Munich, and in Berlin.

previously for salewatercolours and drawings by Graetz Th. 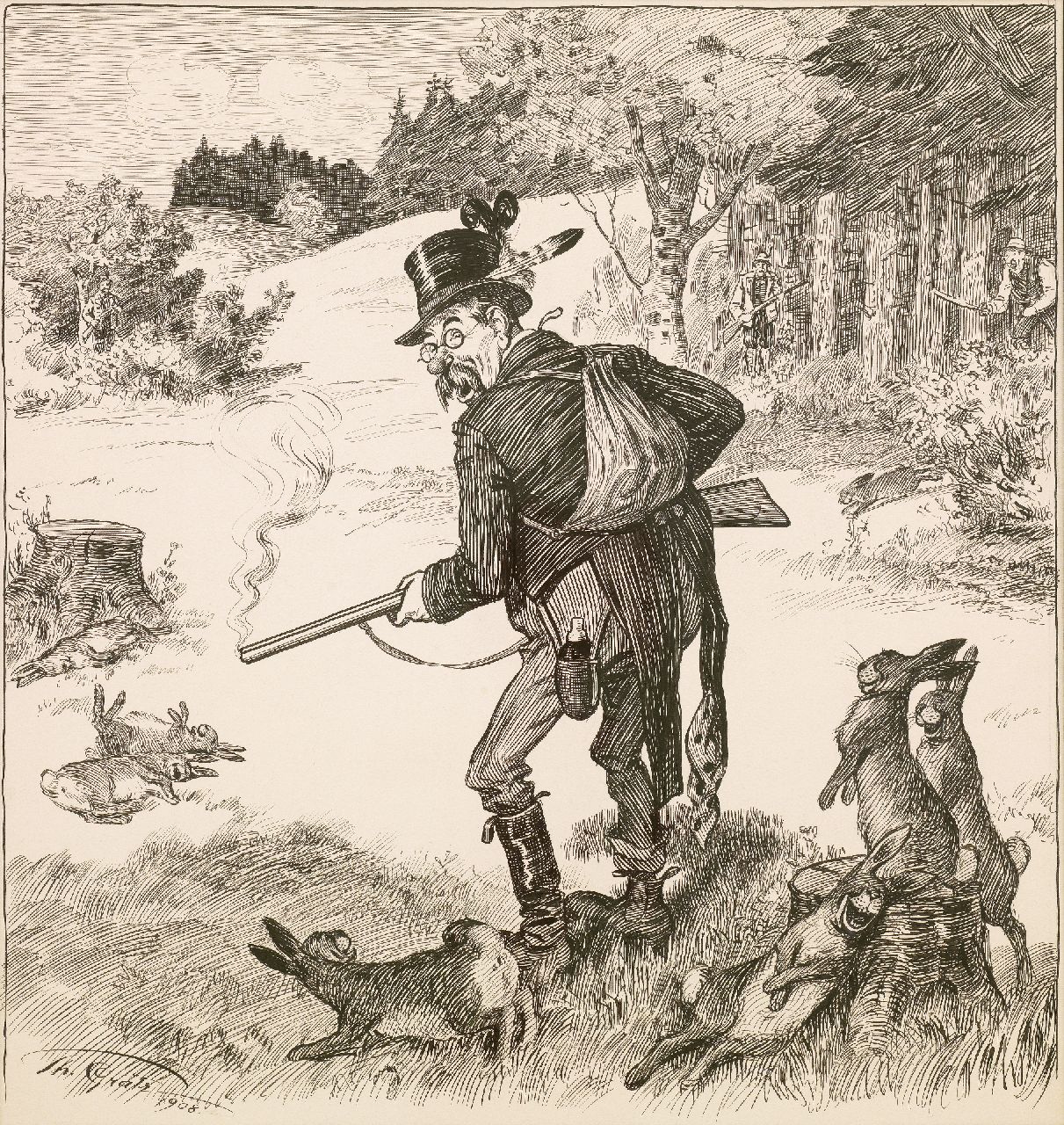