The sculptor Victor Peter is counted among the 'animaliers': French sculptors who specifically focused on depicting animals. This subject became particularly popular in France in the second half of the 19th century, after a bronze statue of a tiger in the wild garnered praise from critics at the Paris Salon of 1831. Victor Peter made his debut at the Salon of 1873 and has since won many awards. The story goes that he himself had a young bear and lion. In 1901 he became a professor at the Paris Ecole de Beaux-arts. Besides bronze and marble statues, bas-reliefs of animals and portrait busts are known.

for salesculptures by Peter V. 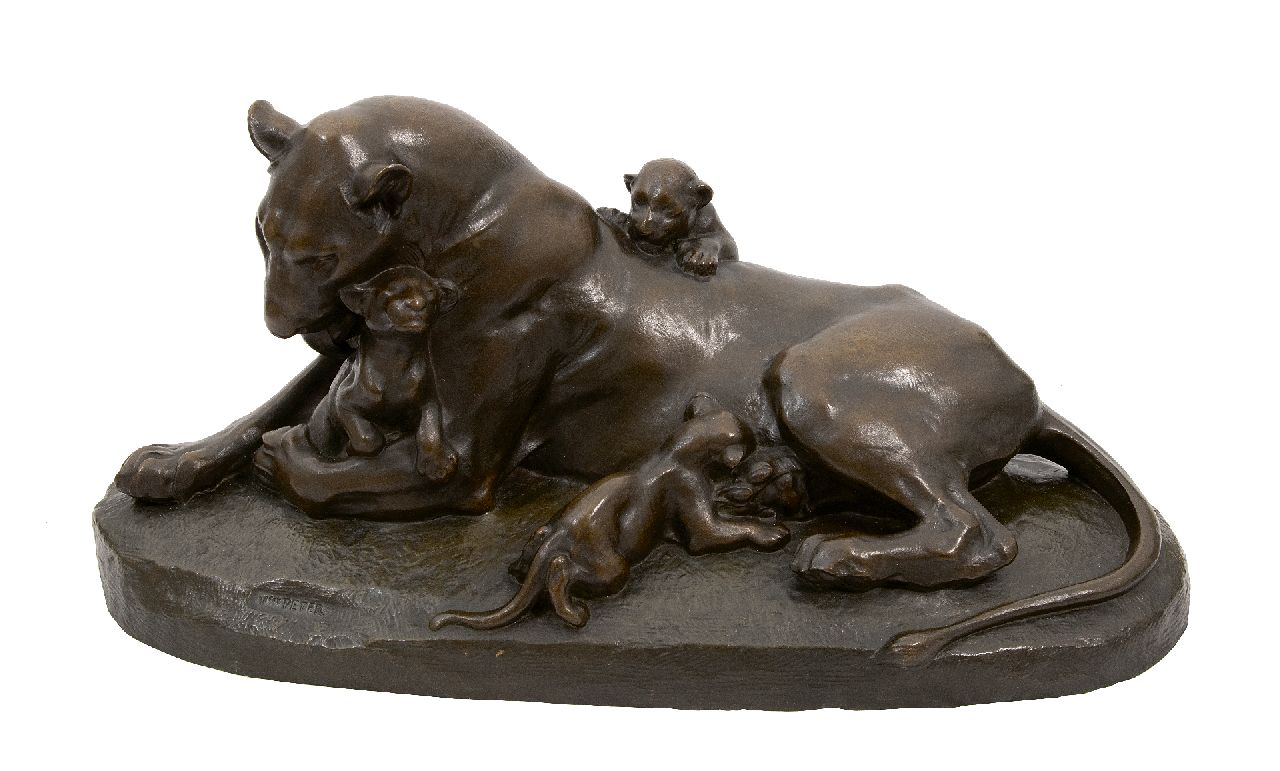