The Belgian painter Victor Uytterschaut made his name with moody watercolors of landscapes, marines and cityscapes in which the representation of the season and the moment of the day receive special attention. He initially worked in Brussels as a student-designer of ornamental elements. This was followed by a training at the academy there under supervision of the landscape painter Paul Lauters (1806-1875). In 1866 he made his debut with charcoal drawings, shortly after which he started painting and watercoloring. Uytterschaut preferred to paint along the Belgian coast and in the Ardennes and Kempen. He also worked regularly in Holland. 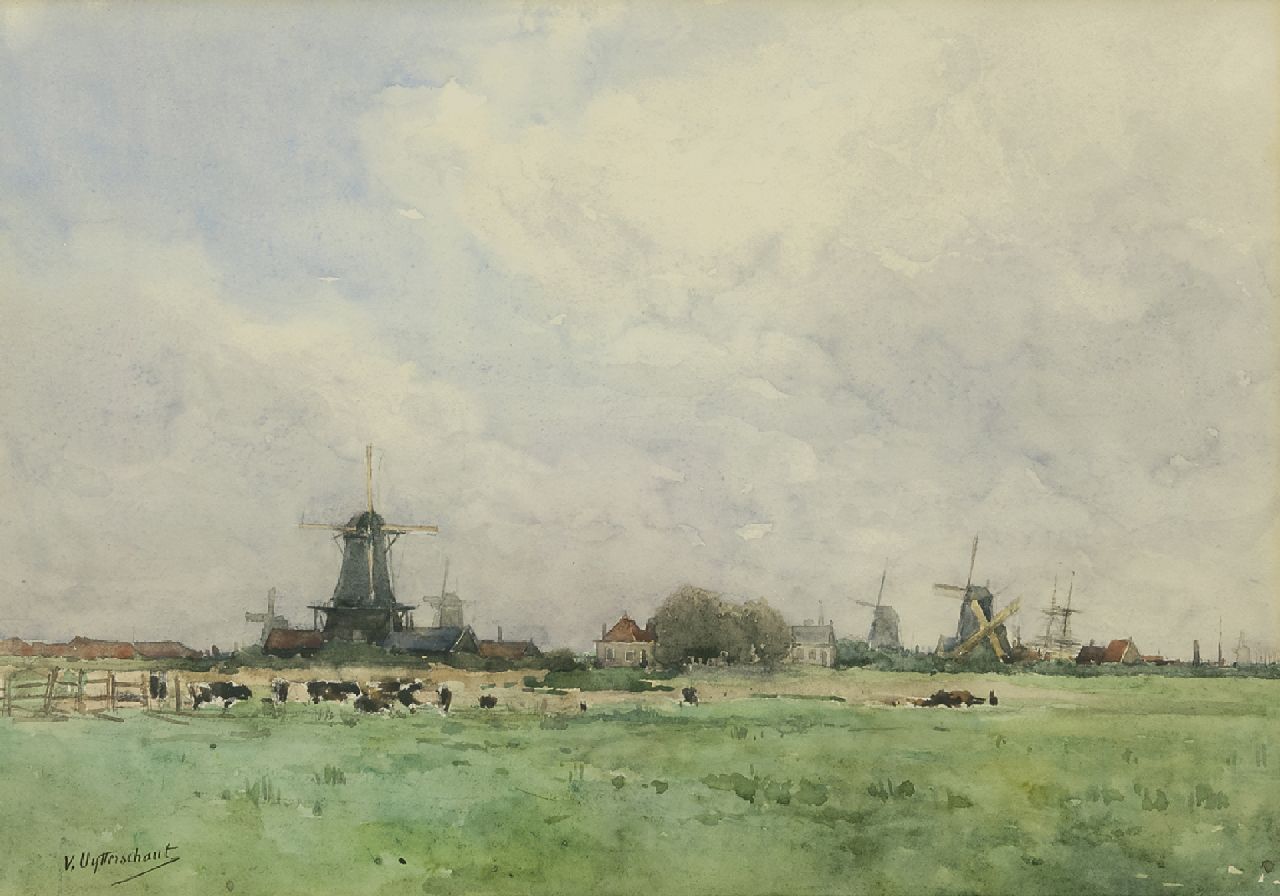 Windmills in a Dutch polder landscape 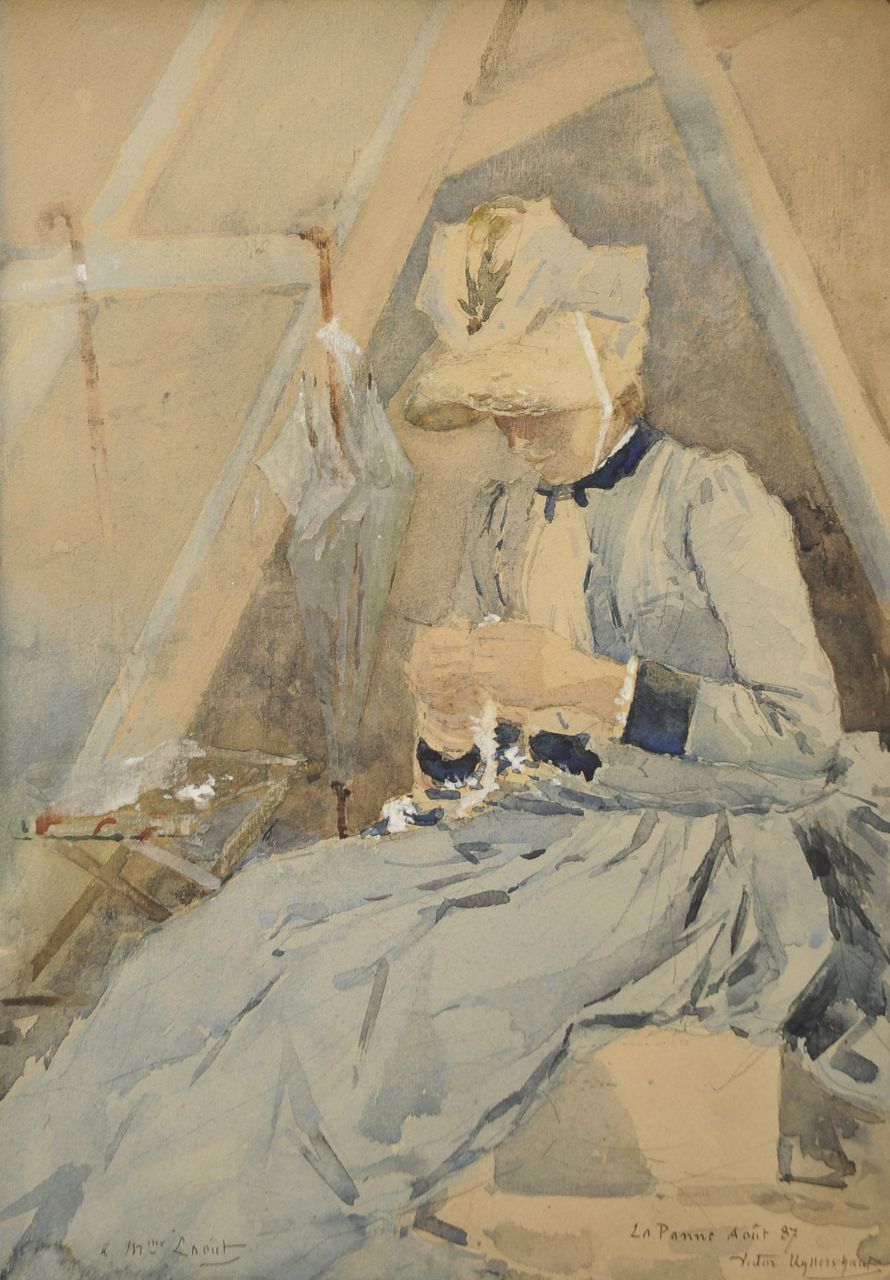