Born in Bjelovar (now Croatia), Vojin Bakić started his studies at the Law Faculty in Zagreb in 1933. Between 1934 and 1938 he also worked at the Academy of Fine Arts of Zagreb, where he settled permanently after the Second World War. Bakić took part in various exhibitions. In 1956, the year in which a large part of his oeuvre was destroyed by fire, his work was shown at the Venice Biennale. Two years later, at the World Exhibition in Brussels, the sculpture Bull (of which the work in our collection is an original miniature) stands in front of the Yugoslavian pavilion Exat 51. This statue is now in the sculpture park of the Middelheim Museum in Antwerp. Bakić has succeeded in combining strength and mass under a smooth surface in the Taurus, in a style that balances on the boundary between figuration and abstraction. Later, Bakić's art will evolve towards purely abstract forms in a constructivist style.

previously for salesculptures by Bakić V. 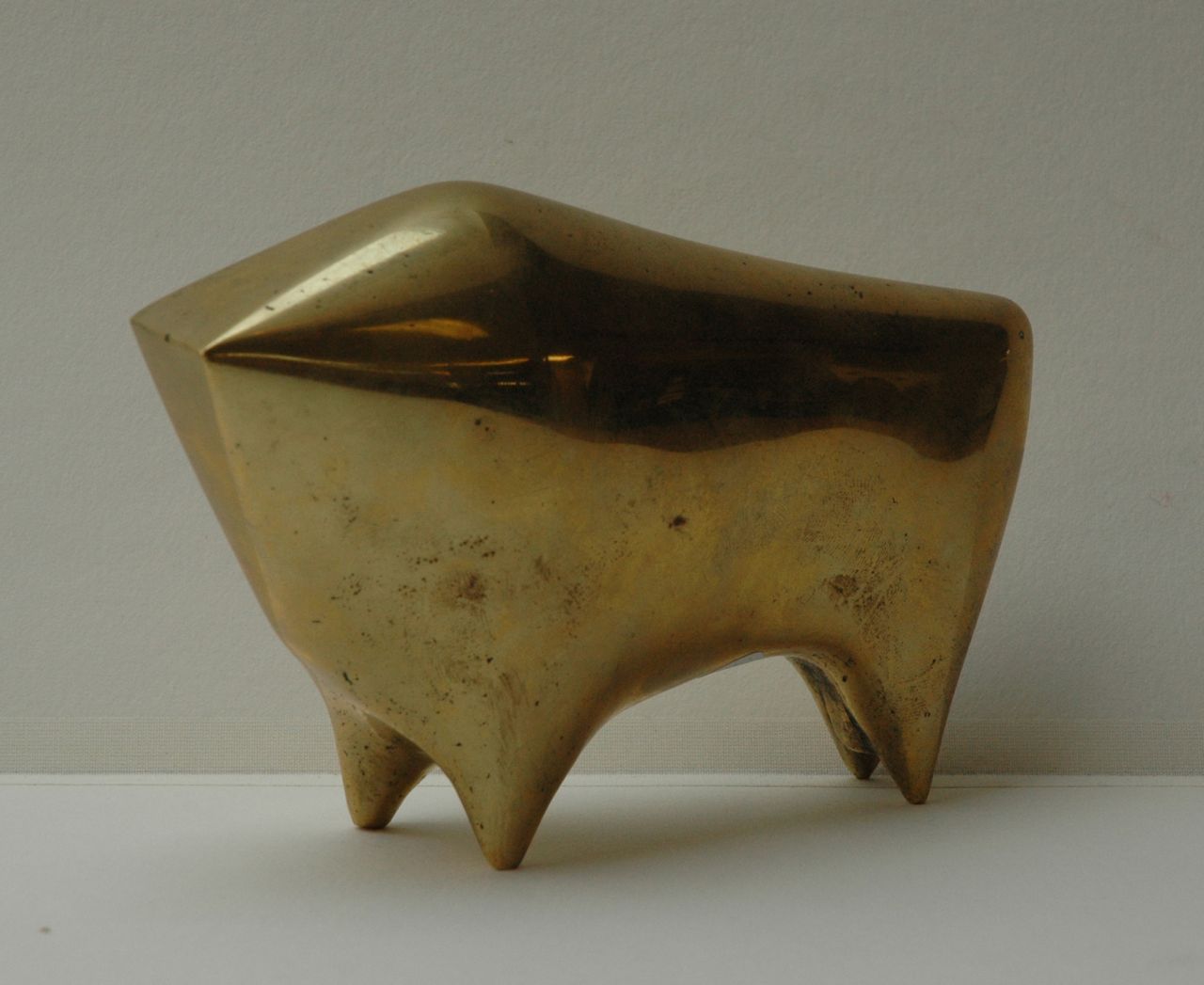