Little is known about the life and work of Walter Köhler. What we do know is that he made illustrations for the 'Meggendorfer Blätter', a humorous magazine that was at the time very popular. Its illustrations were usually made by famous artists. Köhler made this watercolor for the cover of the issue of 25 August 1921. Below one could read the following text: “Ekelhaft ist das! Die Leute is always grinning here, as if it were not man or woman who had received money. Und dabei reason, but extra ever right fell vom Geld!” (“Terrible anyway. The people here are always grinning at you, as if they know that you are not used to so much money at all. While I always talk a lot about money!).

for salewatercolours and drawings by Walter Köhler 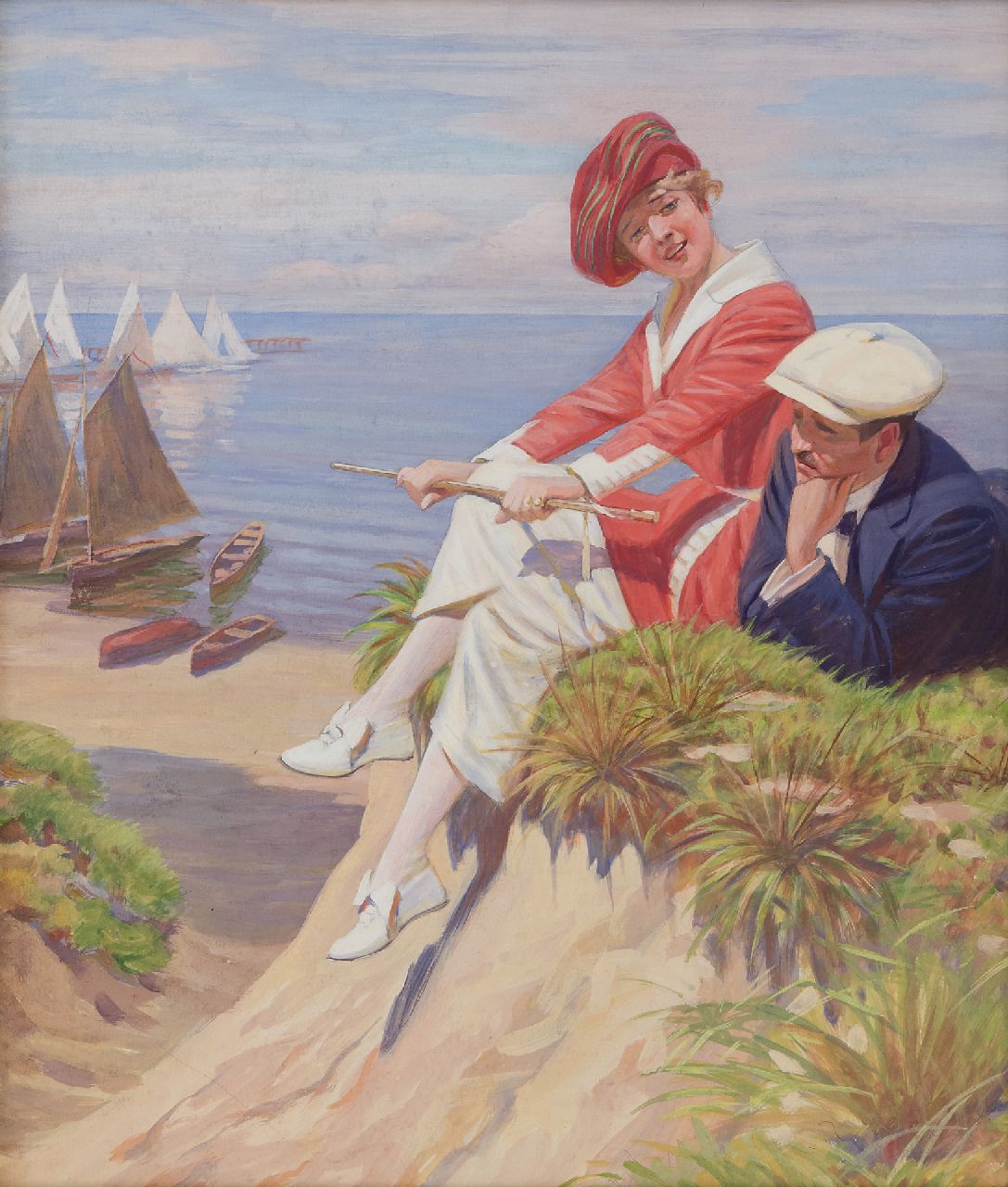