Wilhelm Bartsch was one of the German painters who regularly came to the Dutch fishing village of Katwijk between 1885 and 1914 to acquire motifs for their paintings and who mostly formed a painter's colony there in the summer months. In contrast to Scheveningen, people in the village of Katwijk lived of fishing until well into the 19th century, and the fashionable beach life had barely started there. Bartsch, like his fellow countrymen, painted the dunes, the farmers and the fishermen, but had a special fondness for the bombs on the beach, the fish auction and fishing boats entering. In addition to Holland, he also traveled along the Italian, Danish and Belgian coast. In addition to seascapes, he also painted landscapes and forest views.

for salepaintings by Bartsch W. 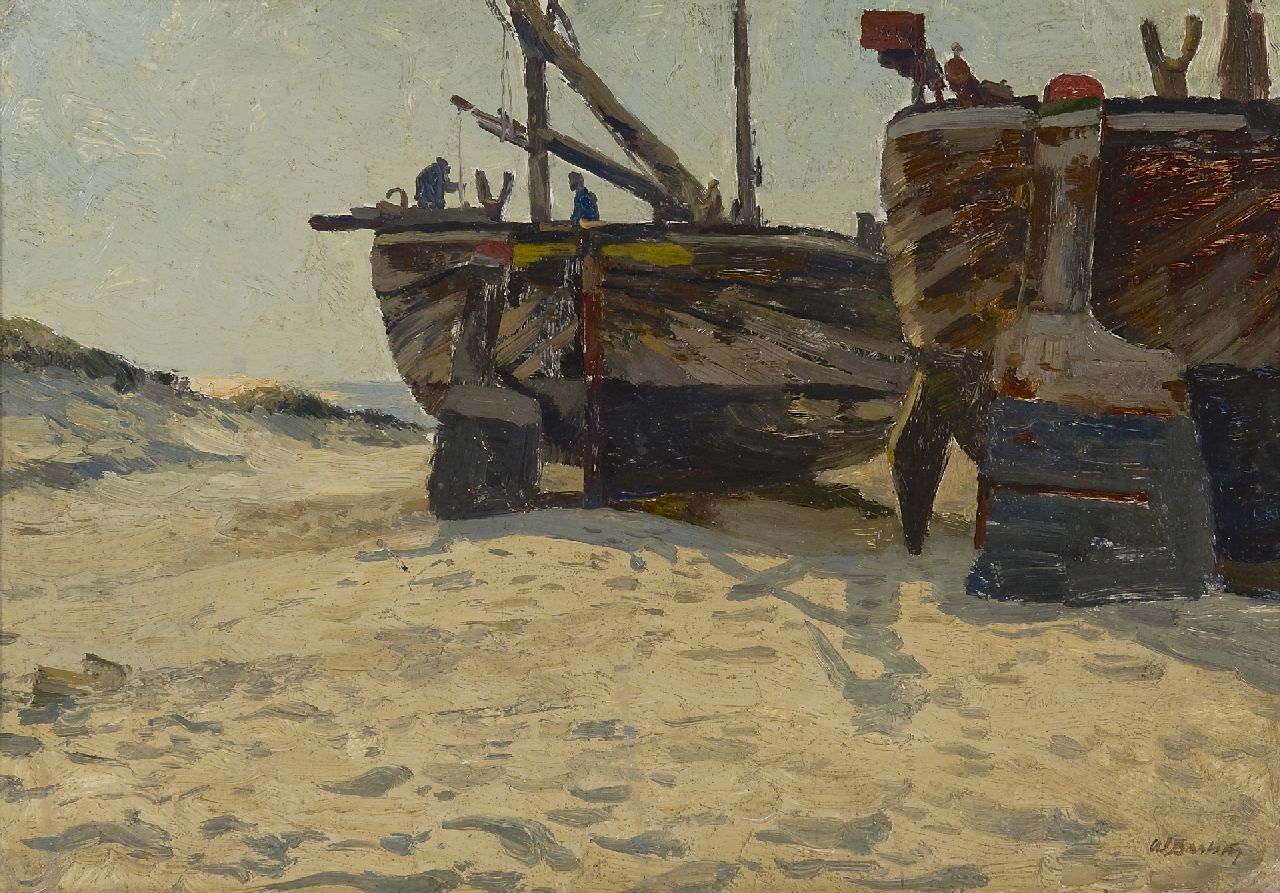 Fishing boats on the beach

previously for salepaintings by Bartsch W. 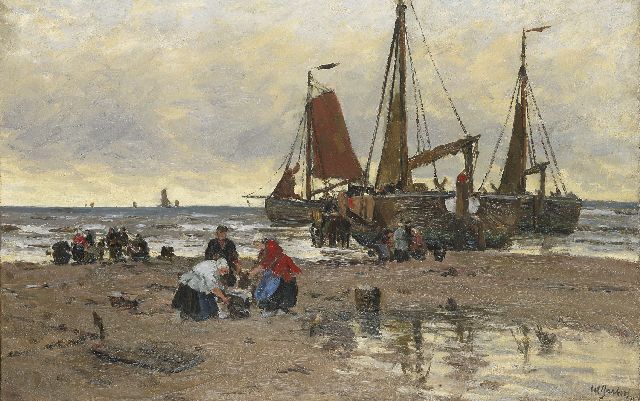 Fisherboats and fishermen on the beach, Katwijk 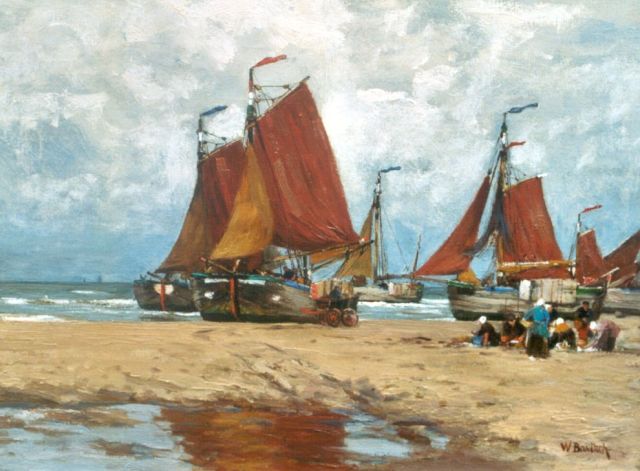