Wilhelm Frey was educated at the Munich Academy between 1845 and 1852 and initially specialized, following Heinrich Heinlein, in romantic, finely elaborated mountain landscapes with animals and rural people. After the academy, however, he began to study singing and performed in many German cities until 1869. He also continued to paint, especially landscapes, figures and animals. Frey traveled a lot. He was among others in the Netherlands (1882 and 1884-1893), Tyrol, on the Baltic Sea coast and on Nordeney. He also stayed in Worpswede for months in a row in 1895, 1901 and 1903. At that time he also found a connection with the artistic experiments of the Impressionists. In 1895 Frey became director of the Gemäldgalerie in Mannheim, a city whose surroundings provided him with ample material for painting.

for salepaintings by Frey W. 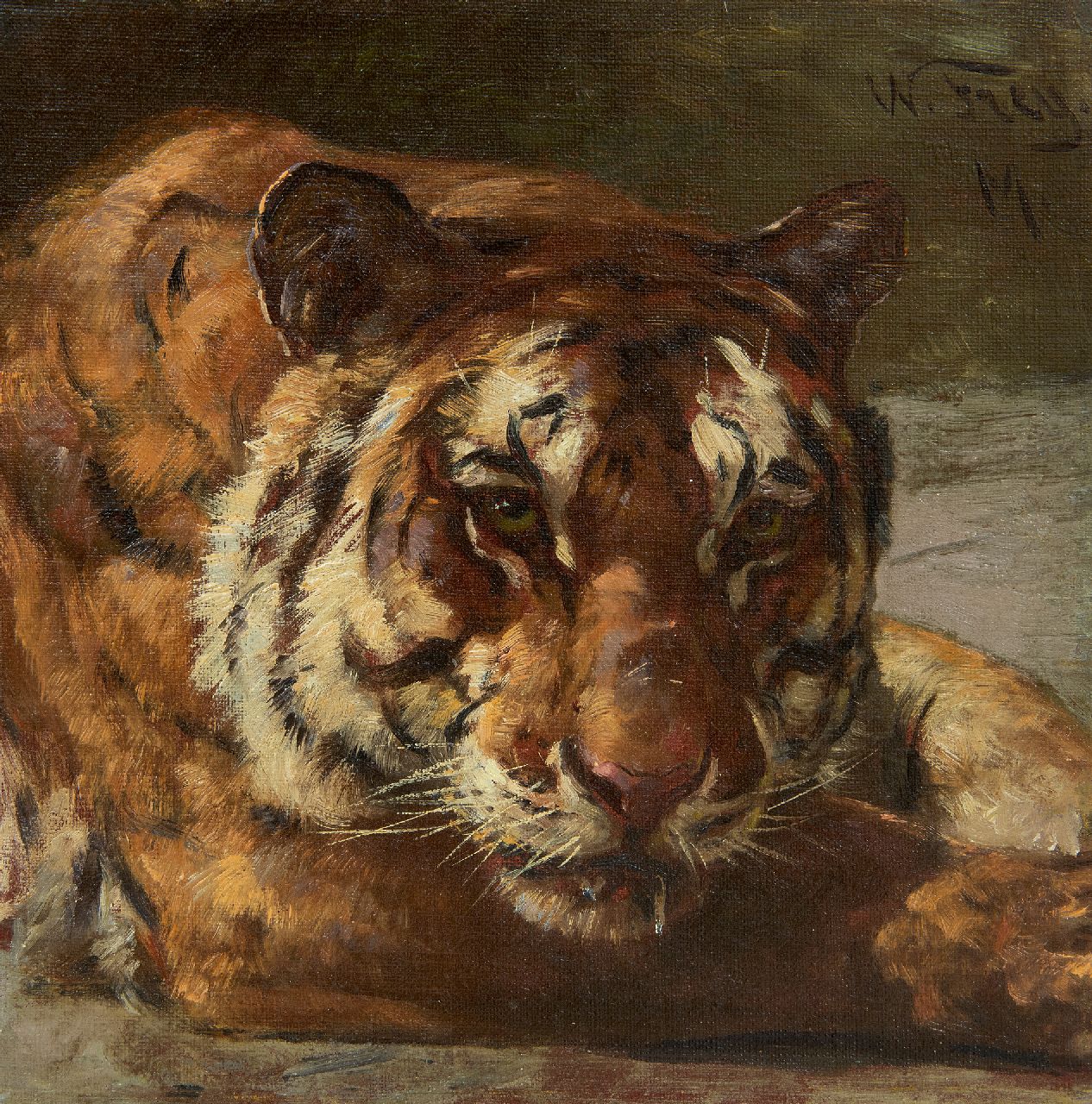