Wilhelm Schade was born in 1859 in Bohemia, an area that then belonged to Austria and is now located on Czech territory. He was a painter, graphic artist, cartoonist and illustrator and worked a lot for magazines. Some of his representations belong to symbolism because of their content. Little is known about the painter. From 1879 to 1885 he studied at the academy in Graz. He died in 1945 in Munich. Schade was a member of the General German Art Society.

for salepaintings by Schade W. 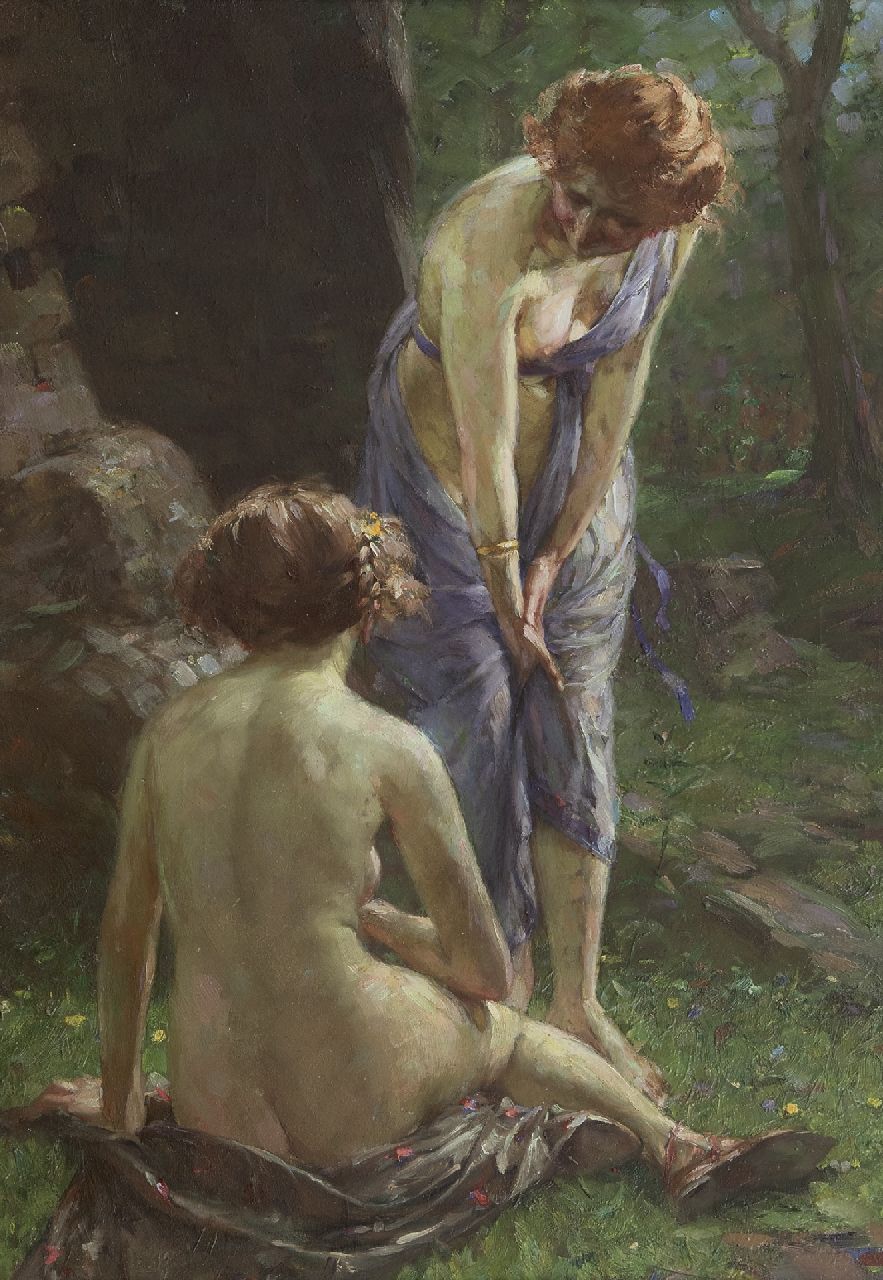