The etcher and painter Willem Frederik Haas was born in The Hague and lived most of his life in the court city. From 1905 to 1906 he was a student at the State Academy of Amsterdam under August Allebé, then spent a year in Paris. Work by De Haas was shown in the exhibition 'Onze kunst van heden', which was held in the Rijksmuseum in Amsterdam in 1939-1940. Because of the threat of war, The 'Nachtwacht' and a number of large works of art had been taken to safety elsewhere. 750 artists showed their work there to make good use of the vacant space. Queen Juliana was the patroness of this exhibition.

for salewatercolours and drawings by Willem Frederik Haas 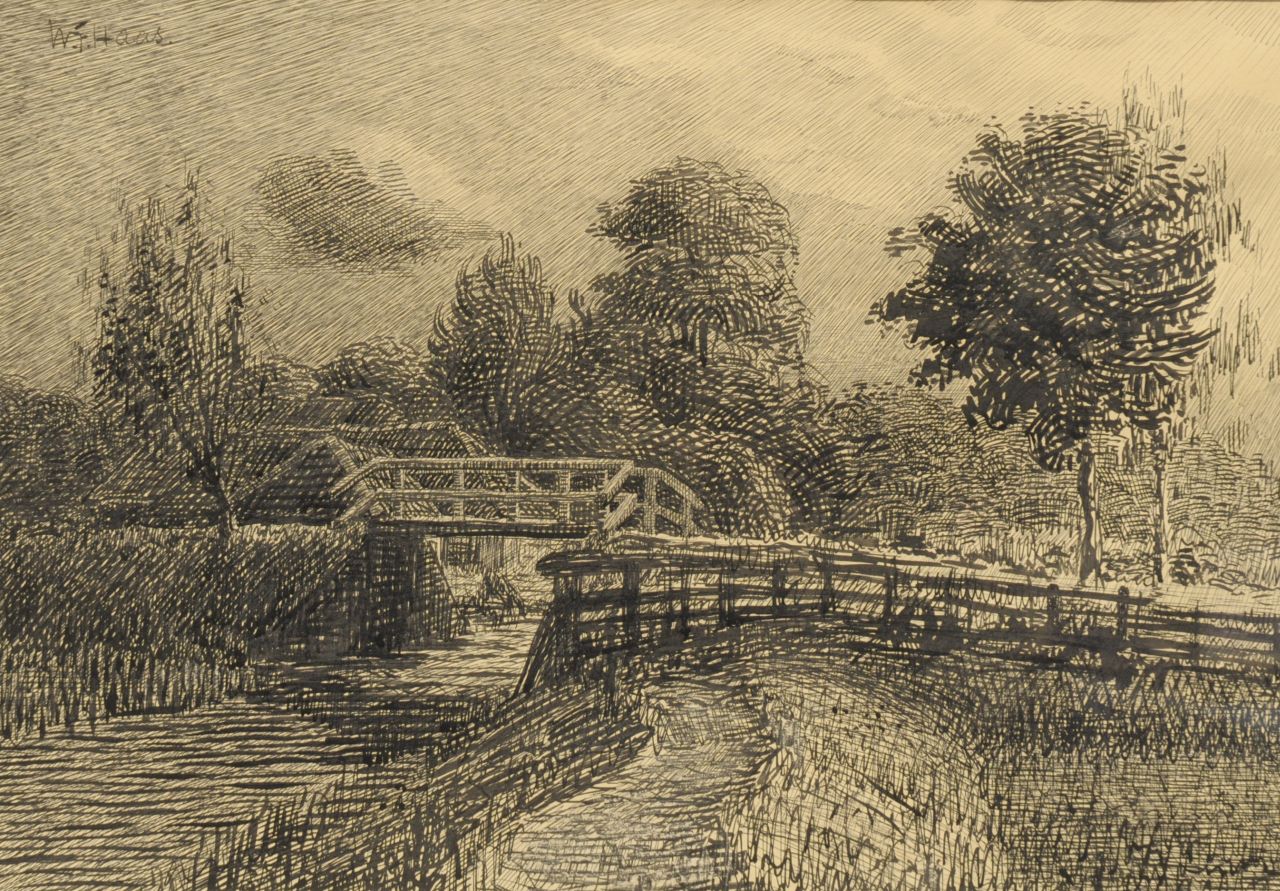