Willem Noordijk received a solid training from the artist Frits Jansen at the art academy in The Hague before settling in Eemnes in 1919. He became acquainted with Impressionism during his travels through France, Spain, England and Italy, which left an indelible stamp on his work. His deft brushwork brings landscapes, flowers, animals and figures to life. With many painters exchanging The Hague for the Gooi region around 1870, a tightly-knit and mutually influential circle of painters developed there. At the local Kunstzaal Hamdorff in Laren, Noordijk and W.A. Knip, H.J. Wolter, David Schulman and other fellow artists showed their work at the Gooische schildersvereeniging.

previously for salepaintings by Willem Noordijk 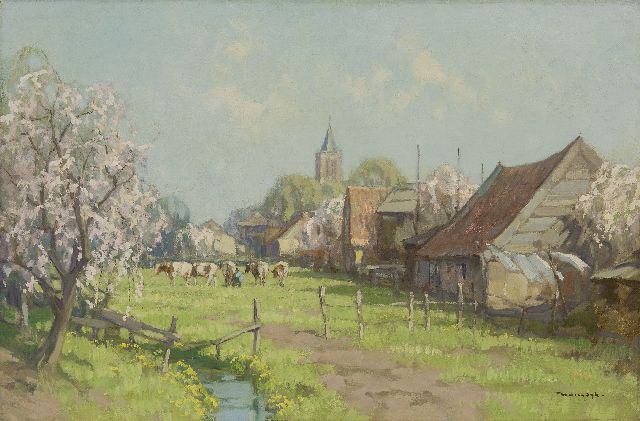 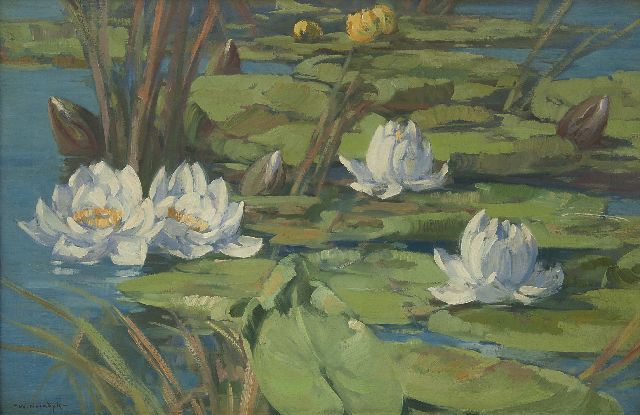 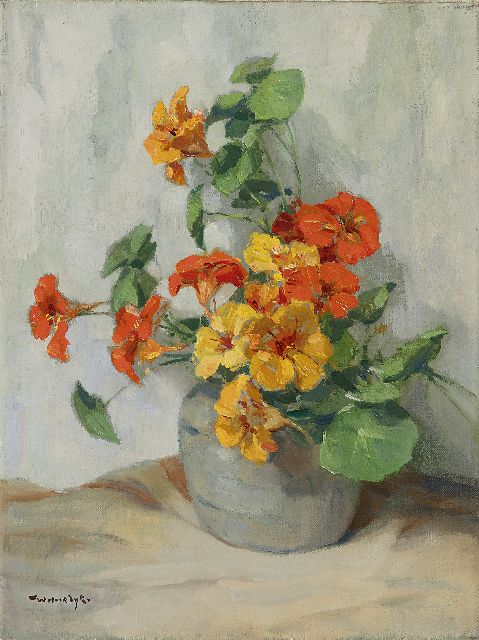 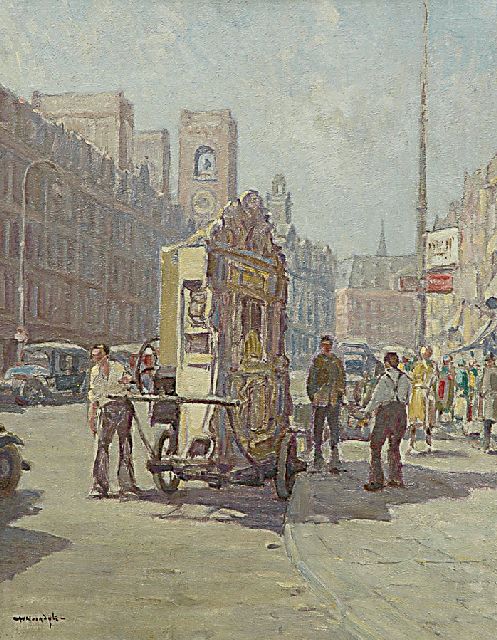 Organ grinder on the Damrak, Amsterdam

for salepaintings by Willem Noordijk 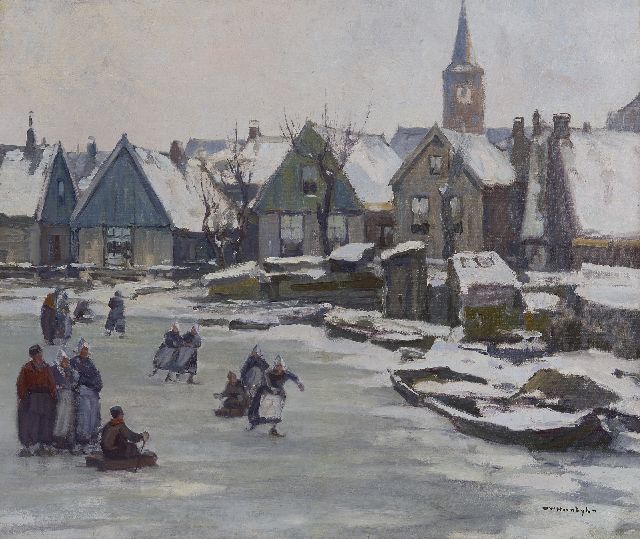 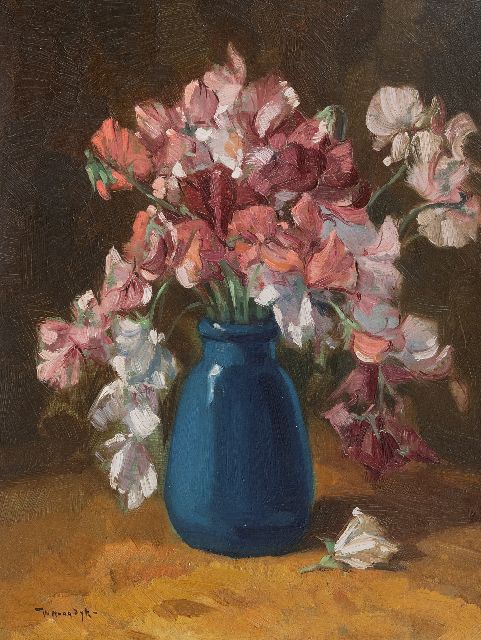