William Barribal worked in London and specialized in painting young 'beauties' and flower girls, a subject much loved in all countries of Europe in the decades around 1900. The genre took many forms, from elegantly dressed ladies to simple, freshly smiling folk girls. Barribal began his career as a lithographer, before following an art course at the Académie Julien in Paris. He is best known for his Art Deco style designs for posters and illustrations for magazines, such as the famous fashion magazine 'Vogue'. Postcards were also printed of his portraits of women, which are still very popular. Many fashion artists after him were influenced by the so-called 'Barribal Style'. 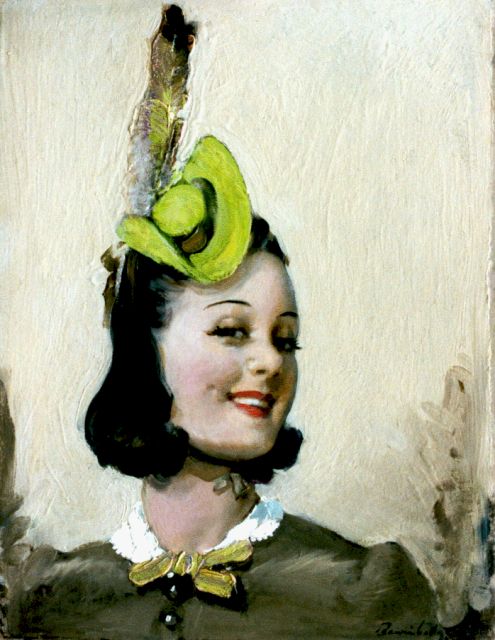 A lady with a green hat 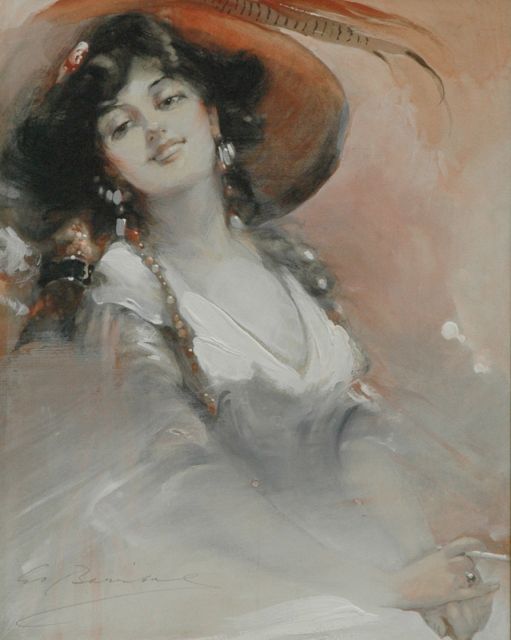