Louis Schrikkel artwork • painting • for sale Activity on the farm 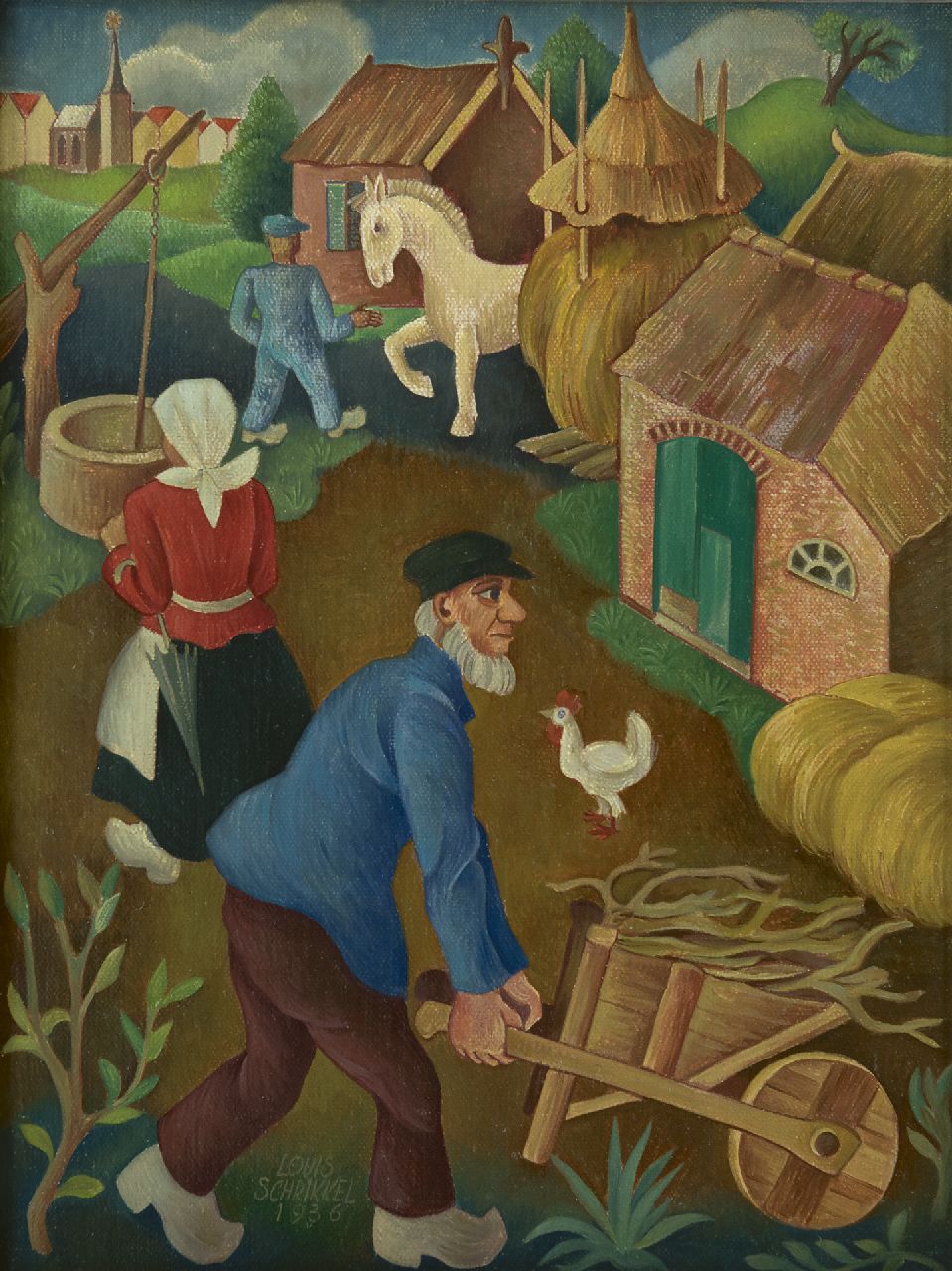