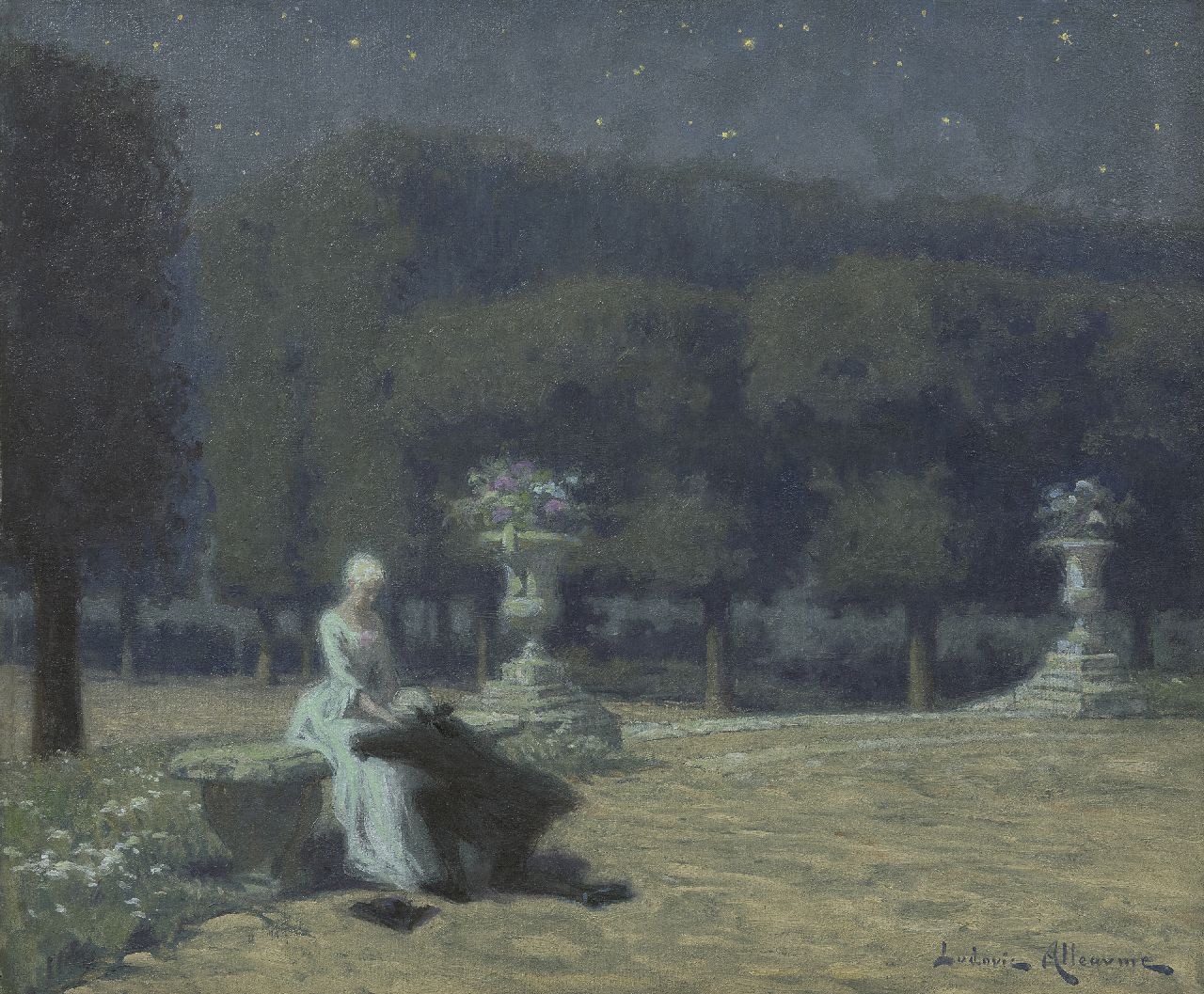 Paradis Nocturne - Declaration
oil on canvas 46.0 x 55.1 cm, signed l.r. and on remains of a label on the stretcher

Paradis Nocturne - Declaration
oil on canvas 46.0 x 55.1 cm, signed l.r. and on remains of a label on the stretcher

The painter-lithographer Ludovic Alleaume is a typical representative of the artistic fin de siècle in Paris: the ideas of symbolism, decadence and Art Nouveau can be found in his work. Because the artist often interweaves reality and fantasy, he often manages to evoke a mystical, sometimes sensual atmosphere with his (moon) landscapes and figure pieces. Literature, mythology and the supernatural are sources of inspiration. Alleaume was educated at the École des Beaux-Arts in Paris and exhibited very successfully at the Salon between 1883 and 1938. After 1894 he also became famous as a lithographer. He also realized several large wall and ceiling decorations.

Also for sale from Alleaume L. 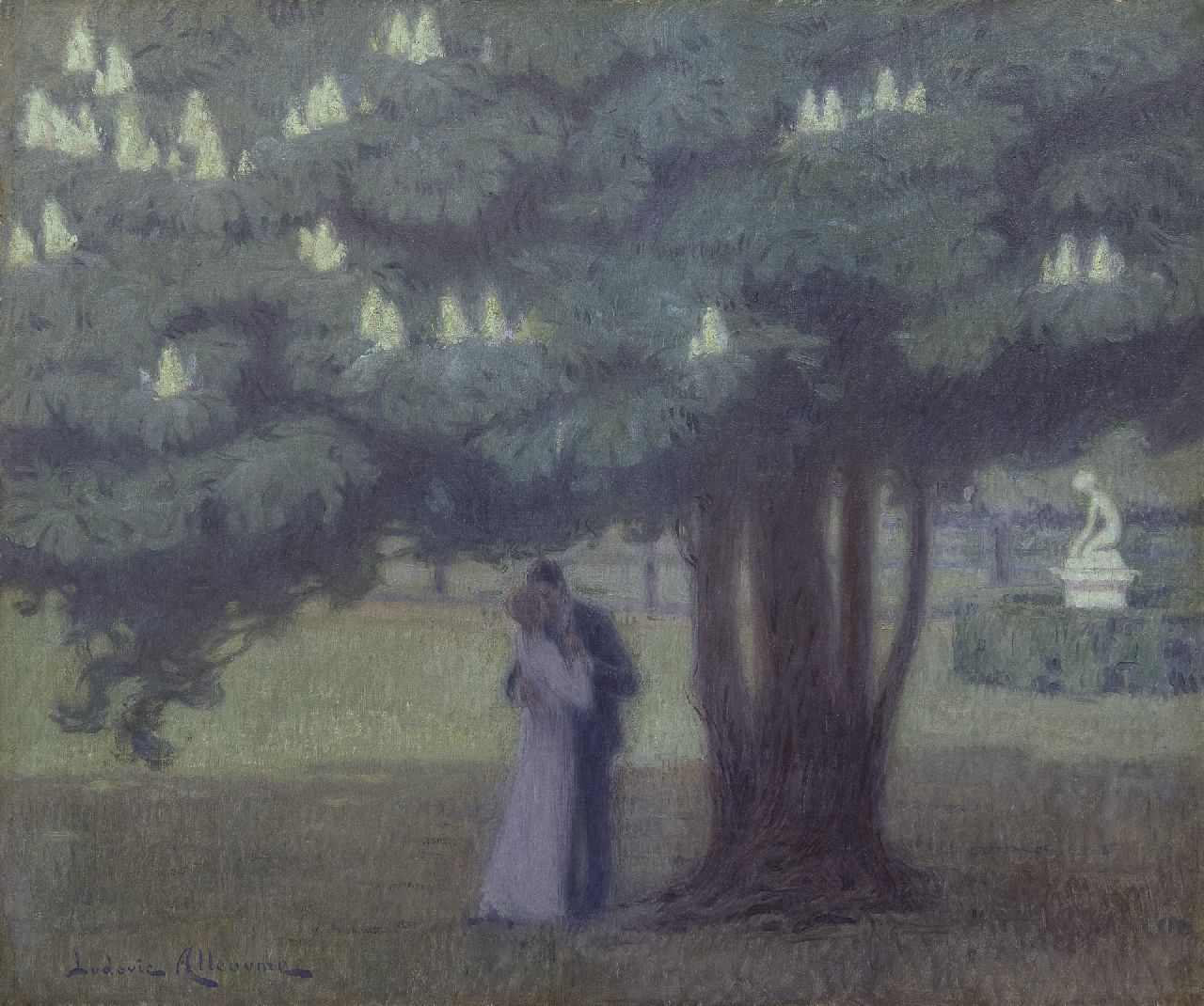