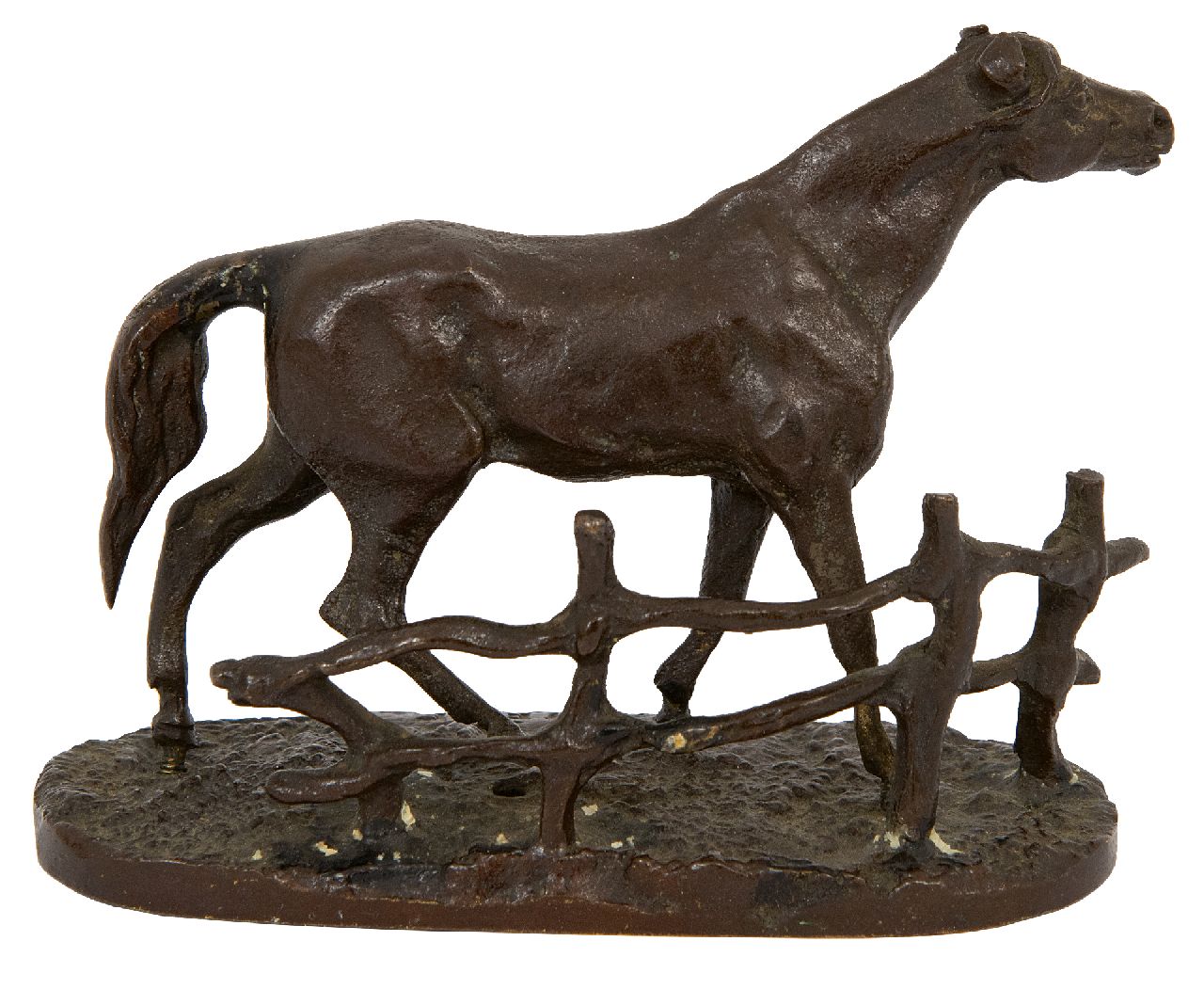 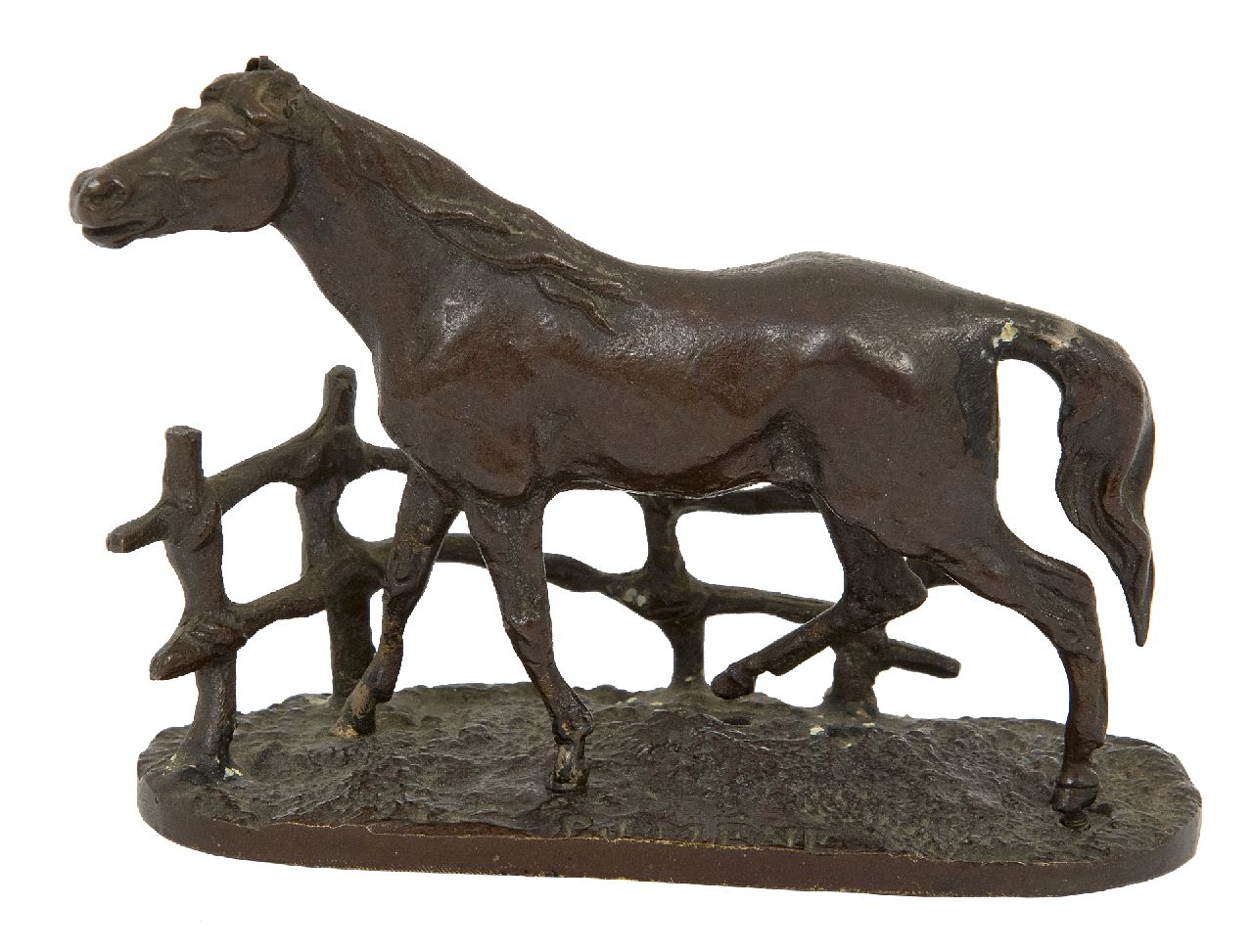 A horse at the fence
bronze 6.9 x 8.4 cm, signed with stamped signature on the base

A horse at the fence
bronze 6.9 x 8.4 cm, signed with stamped signature on the base

Pierre Jules Mène was already a very successful animal sculptor throughout his life. This 'animalier' came from a family of artisans. His father was a metal turner and taught him the basics of metalworking and sculpture. Mêne quickly acquired great fame with his bronze sculptures. The early work still shows influence from Romanticism, but he soon developed a naturalistic style. He preferred horses and dogs, but he also depicted deer, cats and cattle. His images were in demand throughout Europe and America; Mêne thus became the most important and influential animal sculptor of his time. He had his statues made in his own bronze foundries. Mêne won four gold medals at the Salon and important exhibitions, and was awarded the Legion d'Honneur in 1861. Museums: including the Louvre in Paris; Marseille; Melbourne