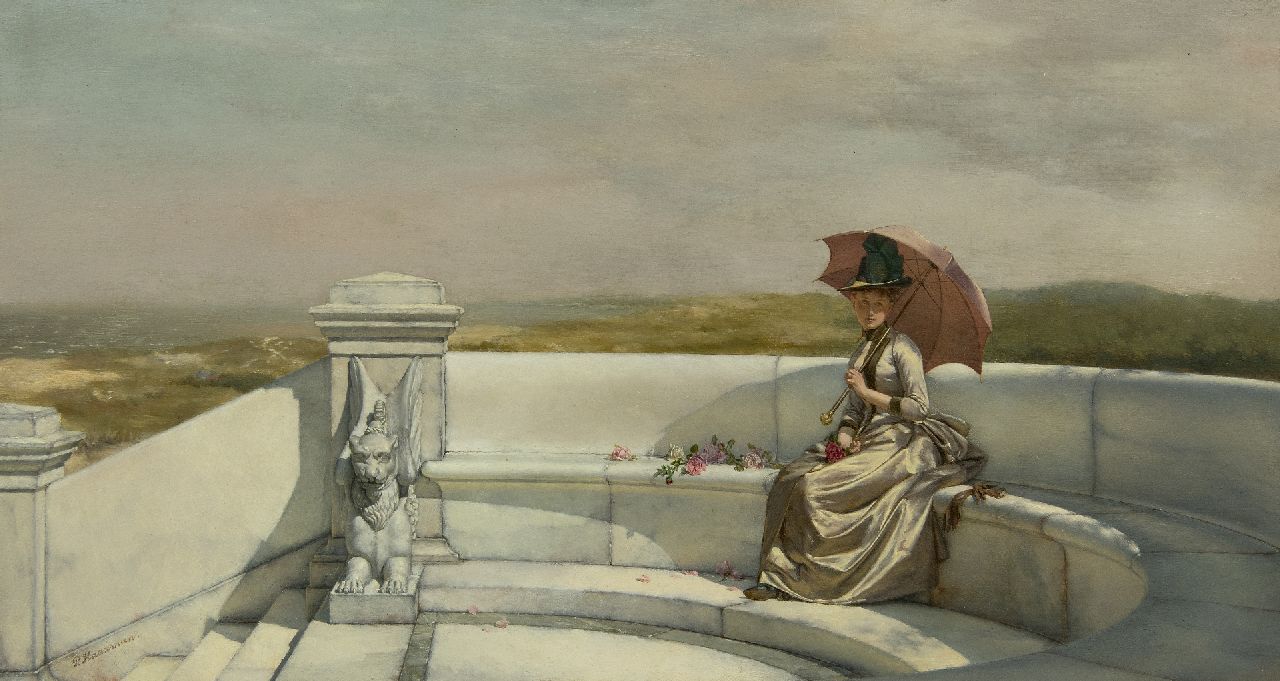 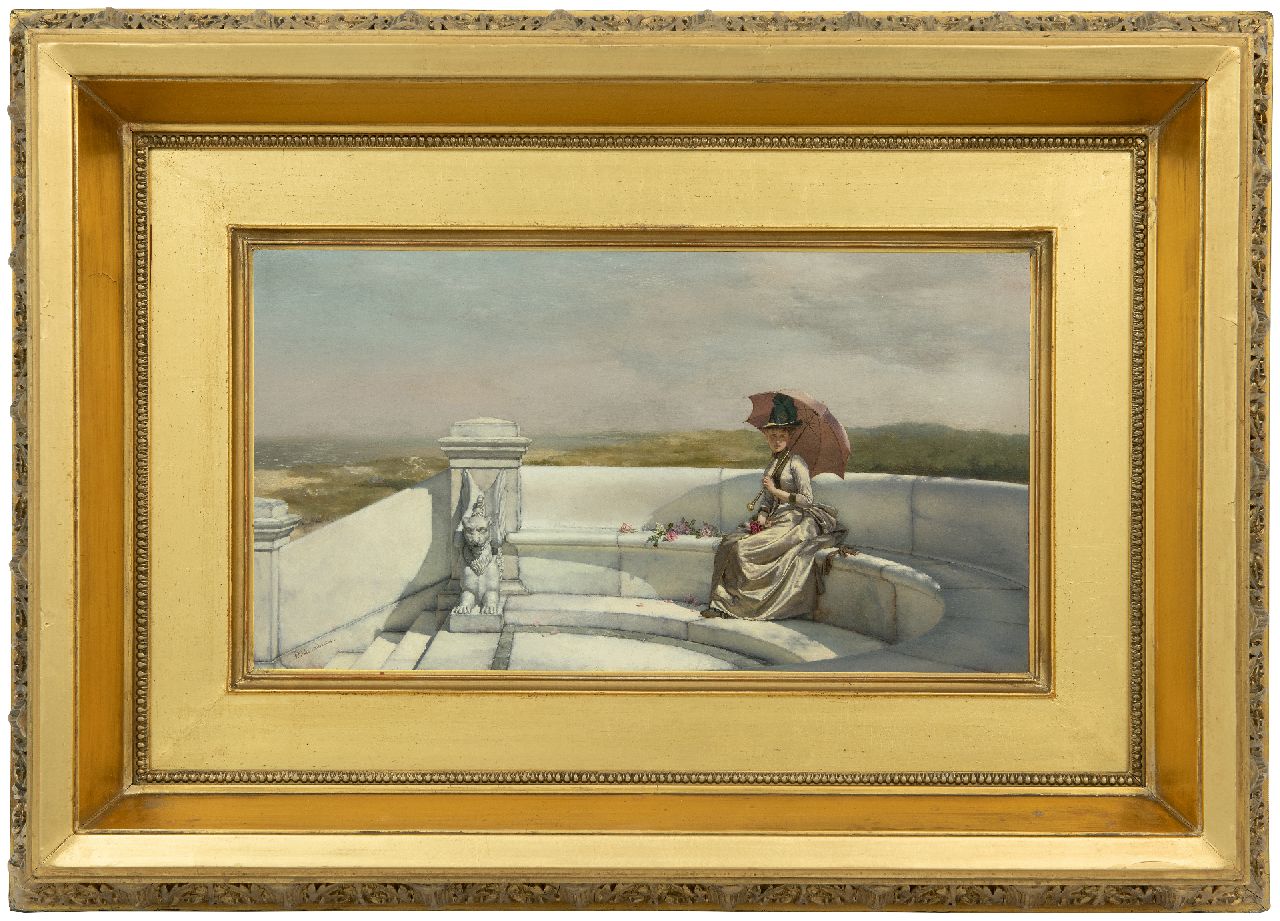 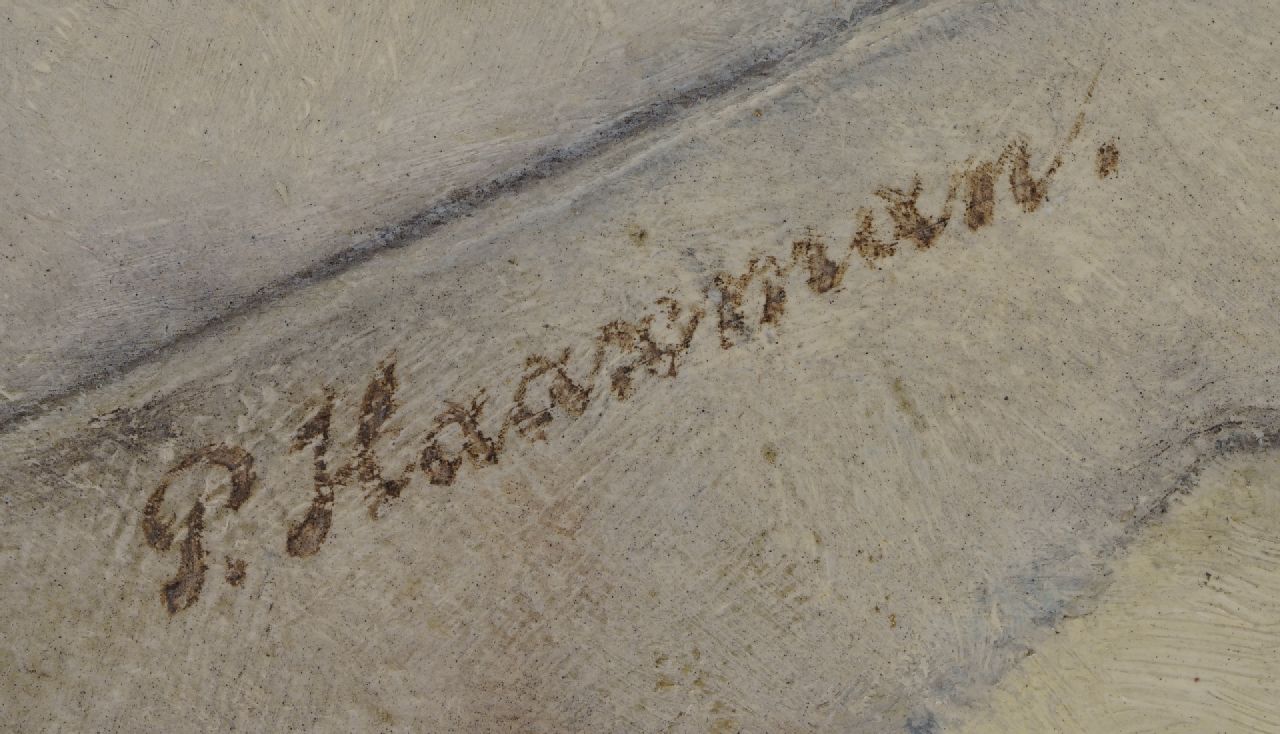 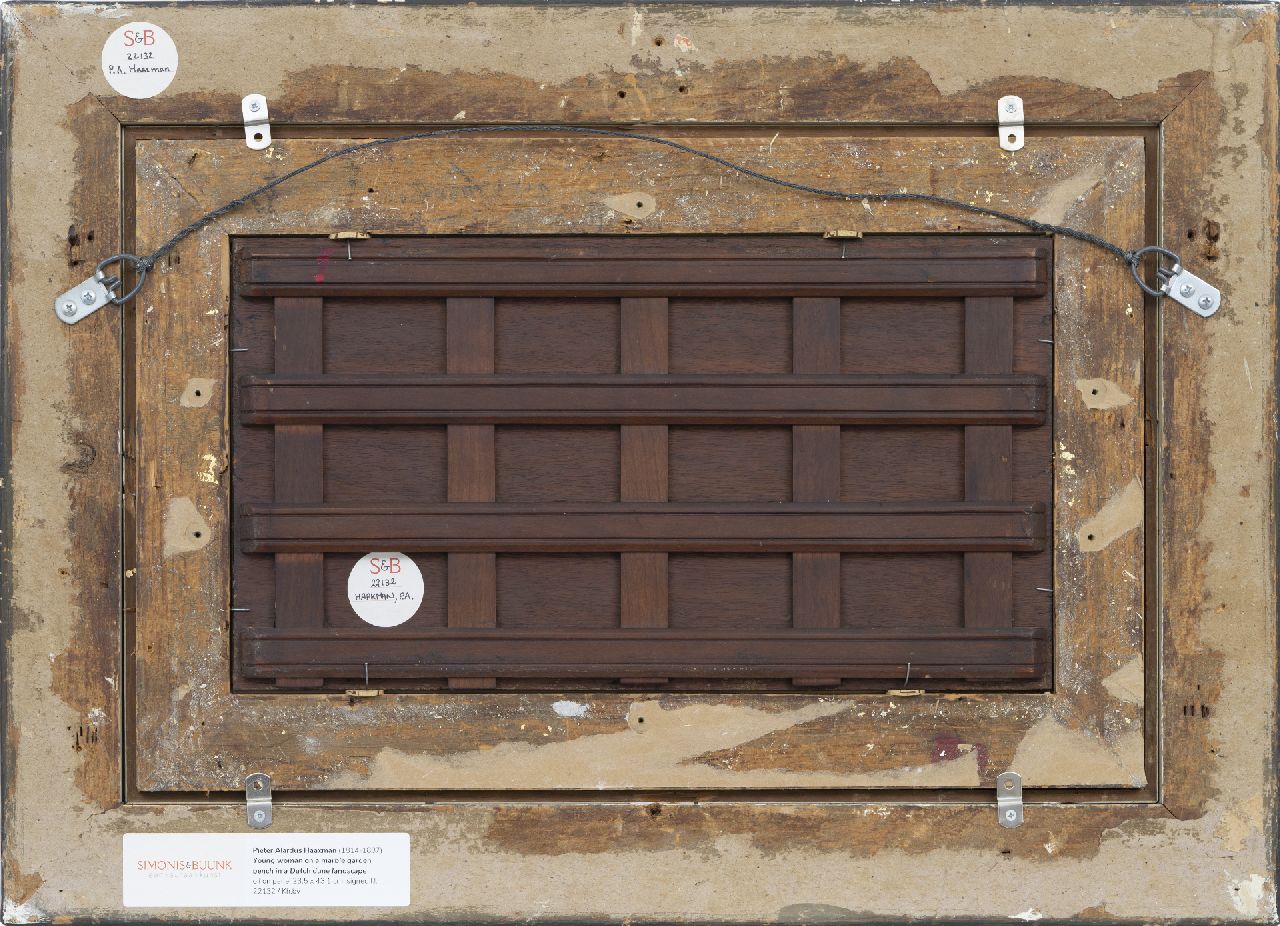 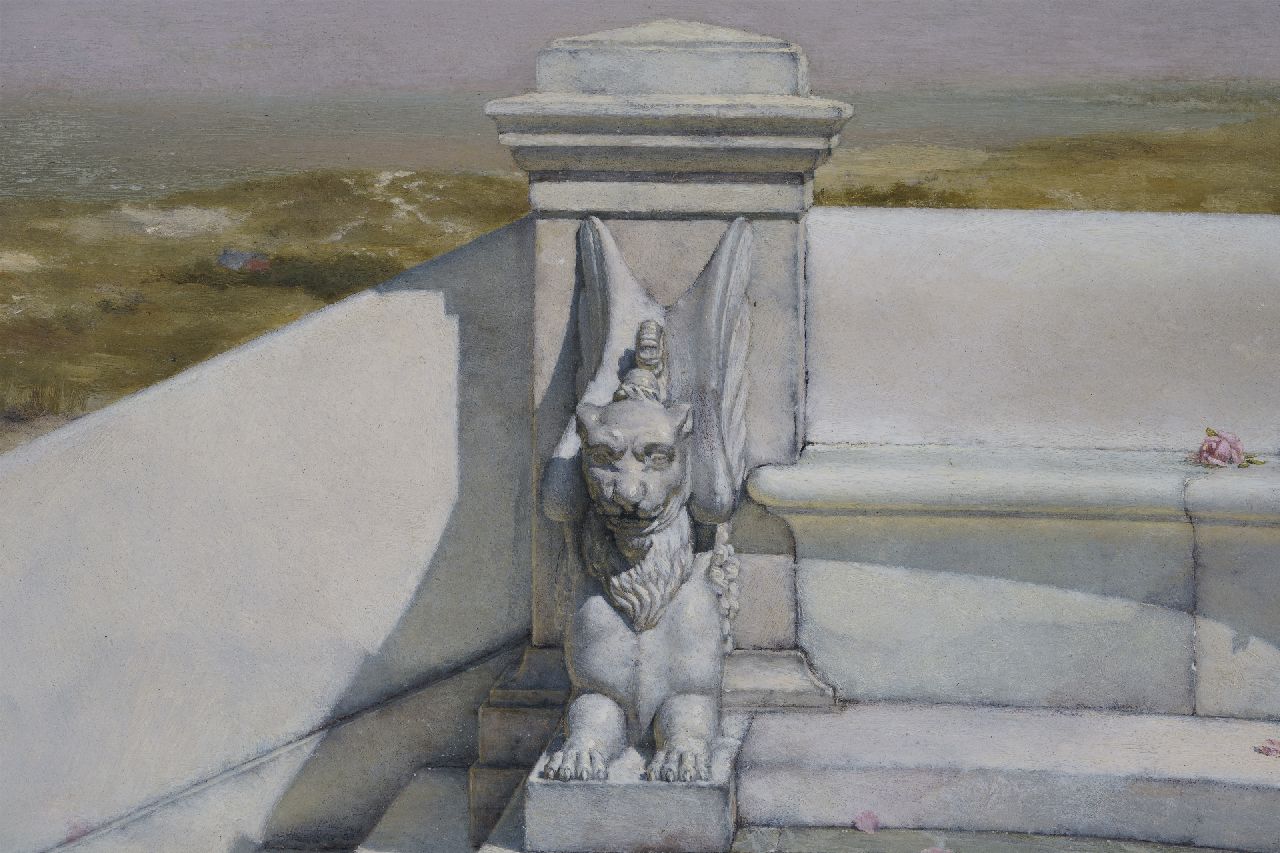 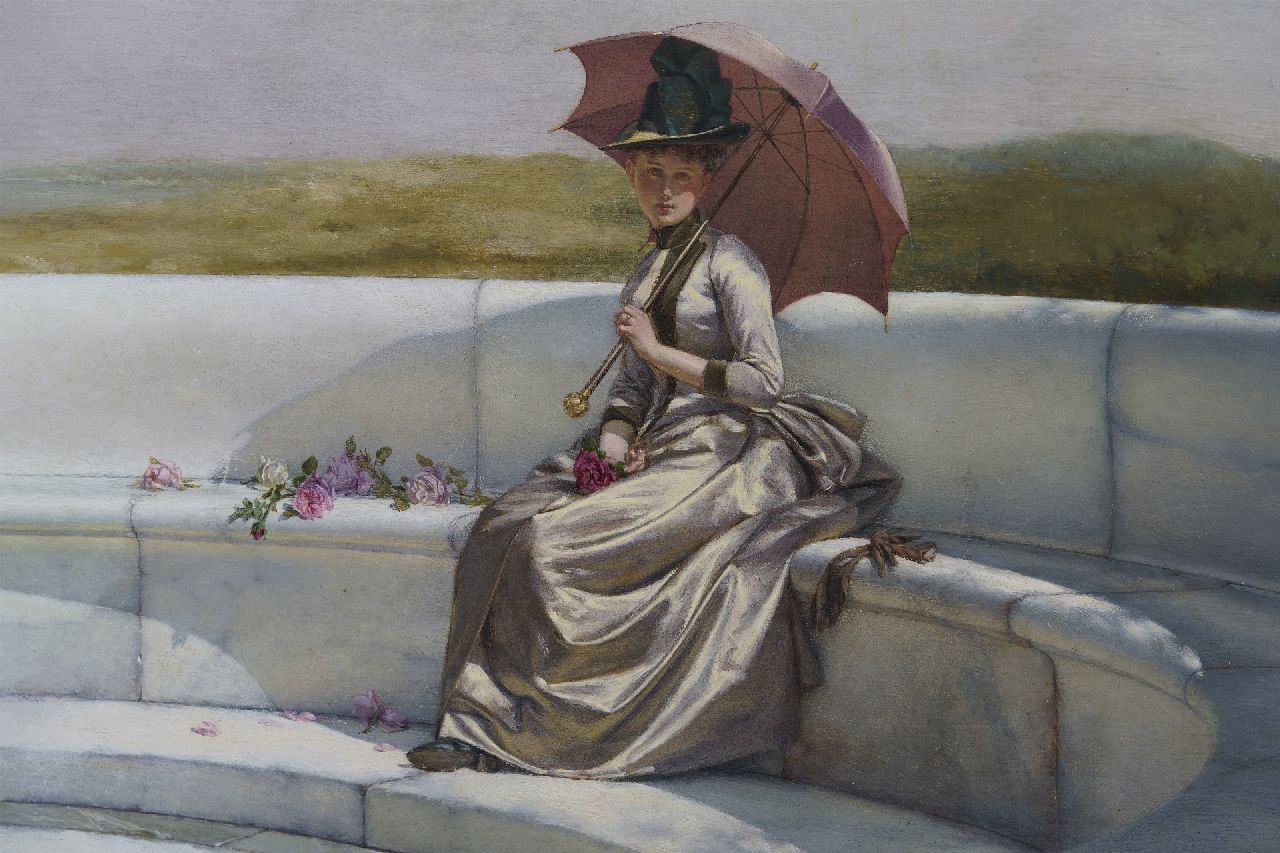 The painter, watercolorist and master of drawing Pieter Alardus Haaxman received a thorough artistic training. At the age of 16 he was admitted to the Delft city drawing school, where he was taught by Cornelis van der Grient. He then learned painting from Cornelis Kruseman in The Hague. In his extremely refined style and care for precise material expression, the influence of the latter teacher is clearly visible. Haaxman focused on historical scenes and genre and figure depictions. These were appreciated by connoisseurs and fetched a good price. In 1840, for example, when he married Anna Ilcken, a niece of Edouard Manet's wife, he was able to move into a stately building on the Oude Delft. Haaxman lived and worked in Delft all his life and took an active part in artistic life there. The bench in this painting resembles the Ver Huellbank in The Hague, which was placed in 1881 near the water feature in the Scheveningse Bosjes, in memory of the Hague city councilor H.C.A. Ver Huell (1820-1881). Ver Huell was responsible for the construction of the forest park and water feature on the site of the Scheveningse Bosjes. The bench was designed and executed by the Belgian sculptor Eugène Lacomblé in an international, neo-classical style. In the work of fellow countryman and contemporary Lourens Alma Tadema, who goes back to classical antiquity in his genre performances, such marble benches are frequently found.

Also for sale from Haaxman P.A. 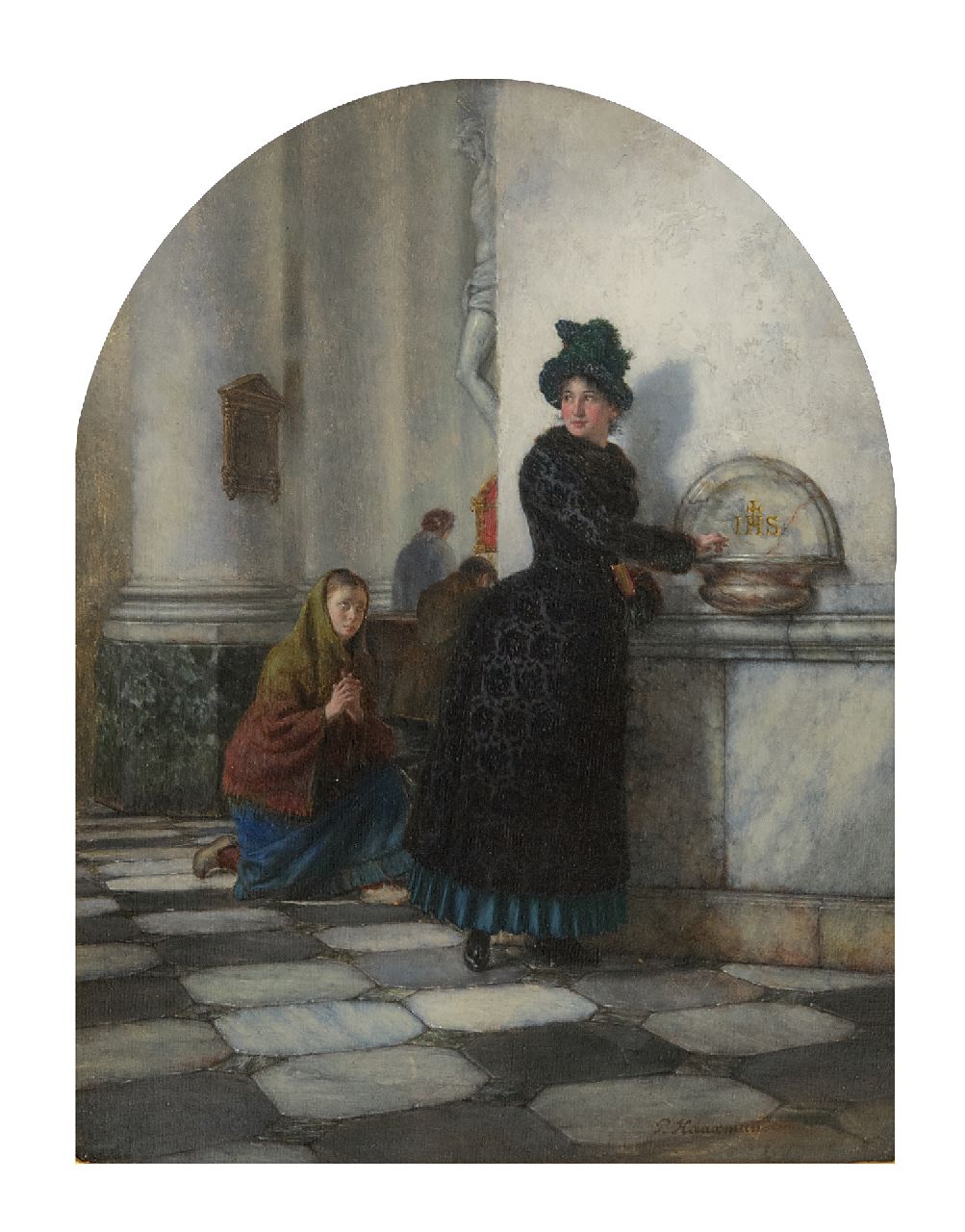