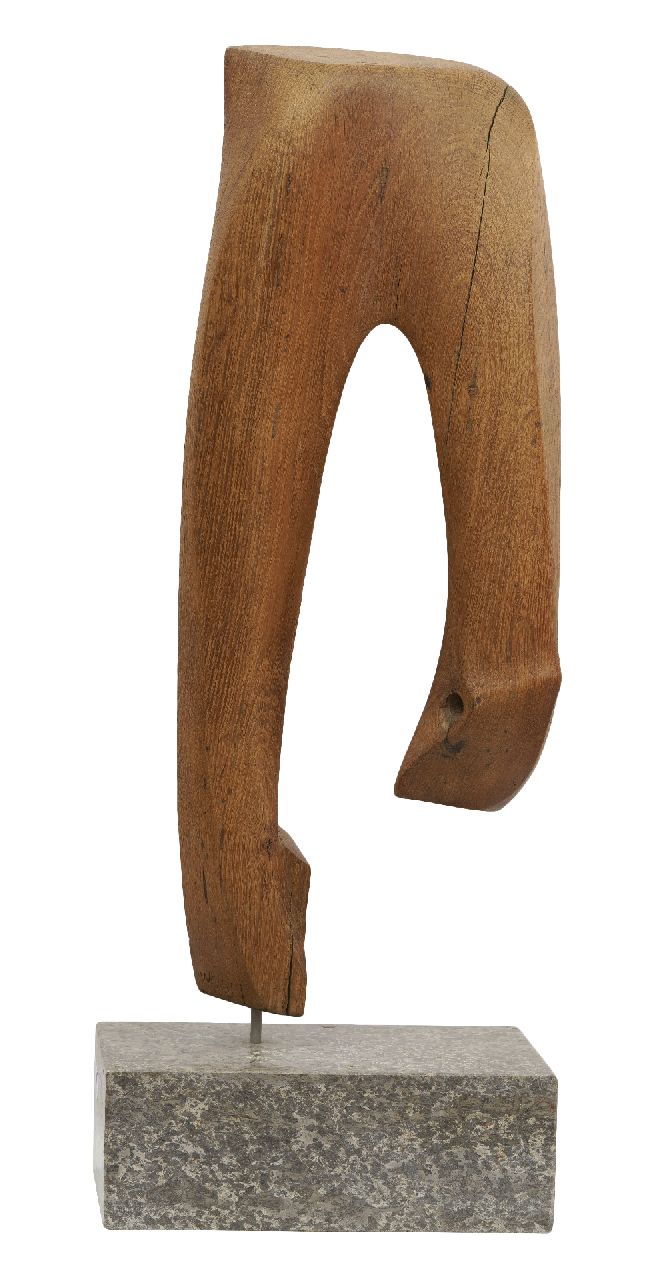 Untitled
wood 60.5, signed with initials on the back and dated 1951

Untitled
wood 60.5, signed with initials on the back and dated 1951

Willem Commandeur is a true North Holland artist. Until 1950 he worked in Koedijk, then in nearby Alkmaar. For the public space of this municipality, he makes various monumental sculptures, such as 'De Haan', commissioned by the city of Alkmaar on the occasion of the commemoration of 700 years of city rights. Commander is self-taught, with the exception of six months drawing lessons with Dirk Nap. His style is on the cutting edge of naturalism and abstraction.