It is mainly painters from The Hague who, in imitation of the painters of Barbizon, move to Oosterbeek in Gelderland from the mid-1950s. In this village on the southern edge of the Veluwe, later called "the Dutch Barbizon", the studio is exchanged for drawing and painting "en plein air". Outside, mood and atmosphere are captured as directly as possible and people are less concerned about details or a composed composition. Artificial techniques and theories are let go and one tries to draw on one's own perception. Just like in Barbizon, it is a colorful group that resides in and around Oosterbeek. J.W. Bilders first came to Oosterbeek in the summer of 1841, where the varied landscape with its views, old oak and beech forests and heaths exerted a great attraction for painters. A few years later, the Bilders family settled in the village. The hospitable Bilders became the hub of a group of young painters who followed his example and came to work in the countryside in the vicinity of the picturesque village. It was there that the first Dutch painter's group, the Oosterbeek School, was born. Several of these artists, including Willem Roelofs, Paul Gabriel, Anton Mauve and the brothers Jacob, Matthijs and Willem Maris, later became part of the Hague School. Many painters know each other, they draw and paint in the middle of the forest and the members of the "bent" visit each other in pubs and stopping places to have long conversations about their work. They lay the foundation for a new style in the footsteps of Barbizon: the Hague School. The end that is made in Oosterbeek to the romantic approach to nature is continued by the Hague painters after the 1960s. The rural environment is explored and people go into the Dutch polders and peat areas to paint atmosphere and light, colors and clouds.

In the floodplains near Oosterbeek, 1886 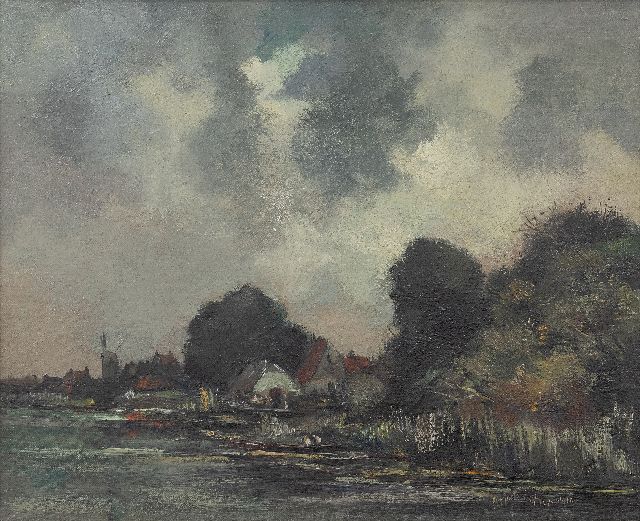 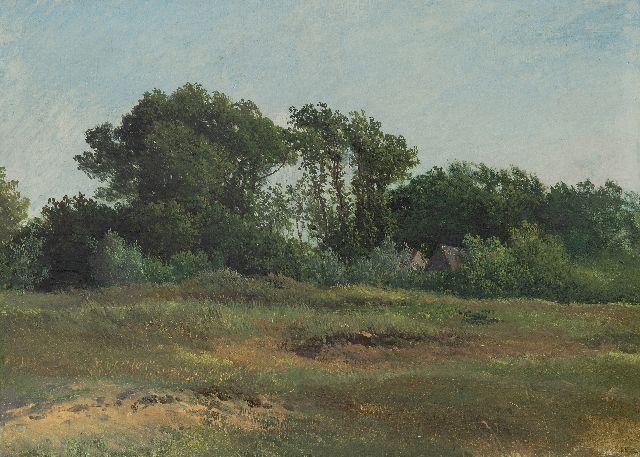 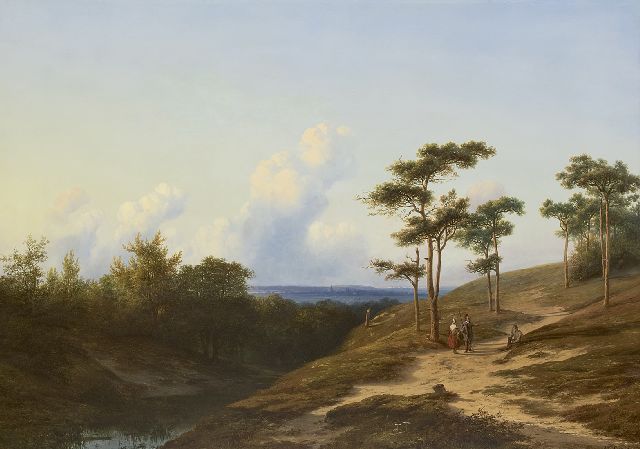 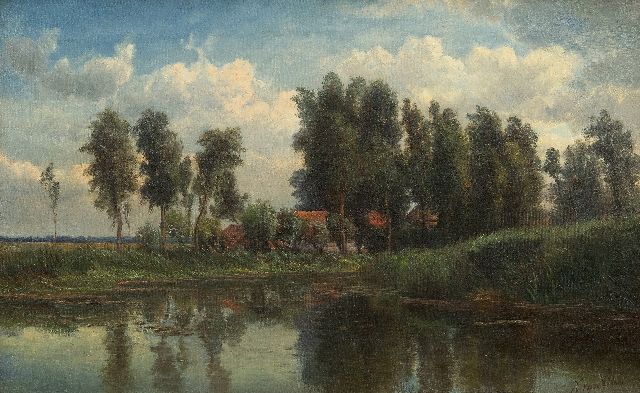 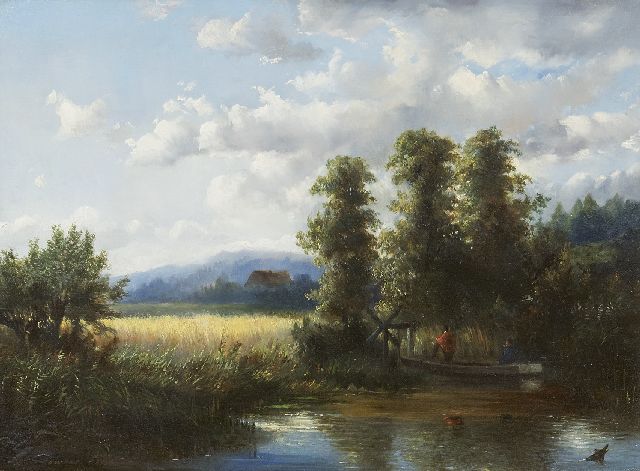 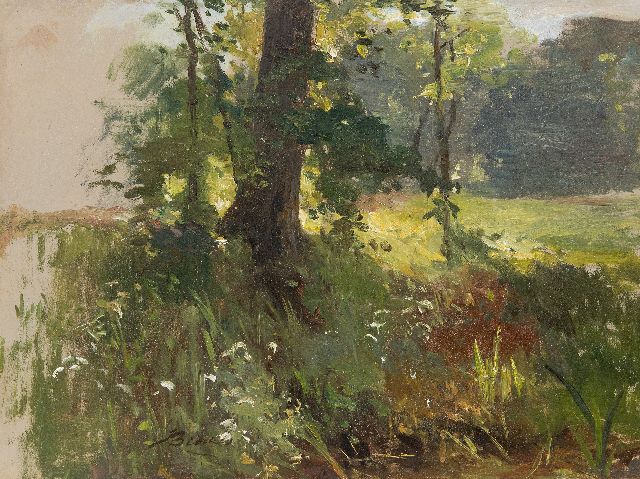 Sketch of a ditch side 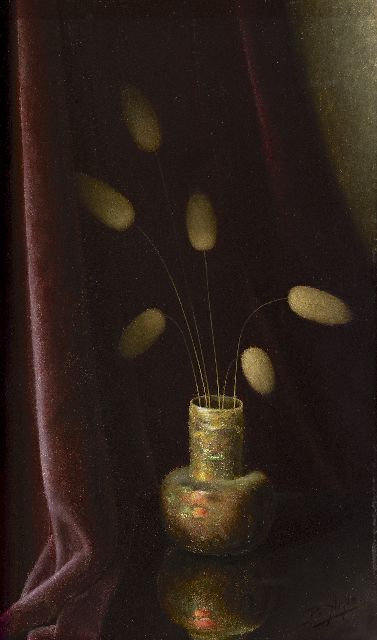 Bunnt Tails in a Roman vase 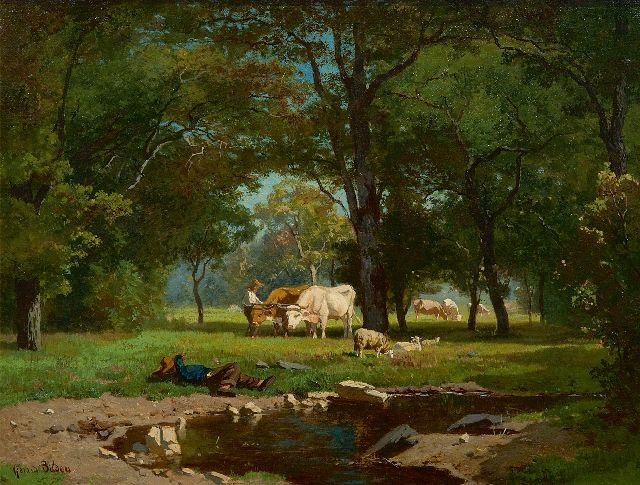 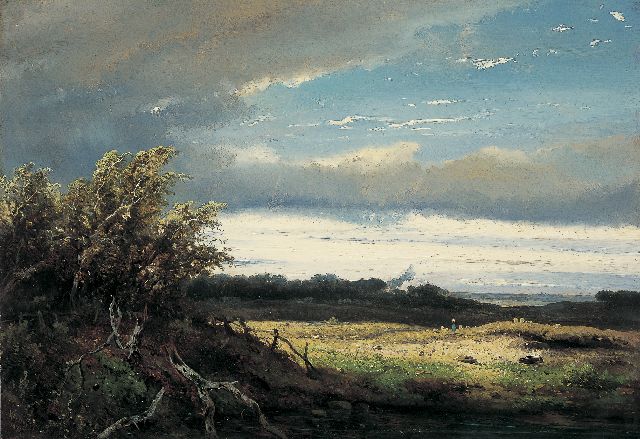 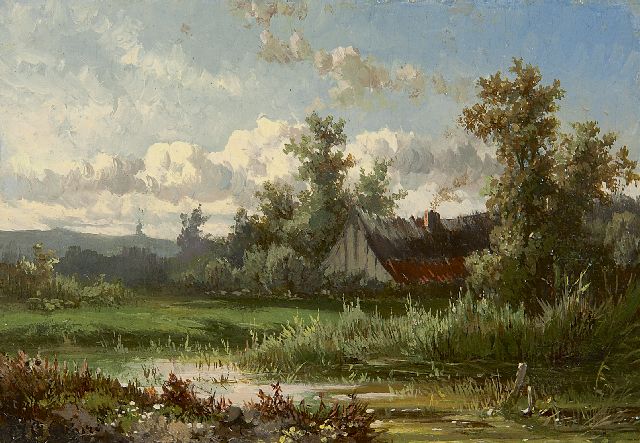 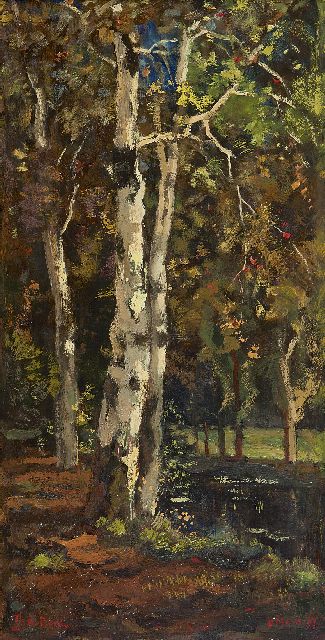 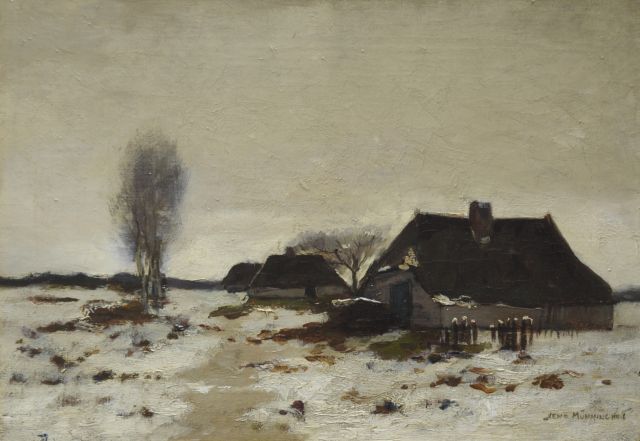 Farmhouses in a snowy landscape 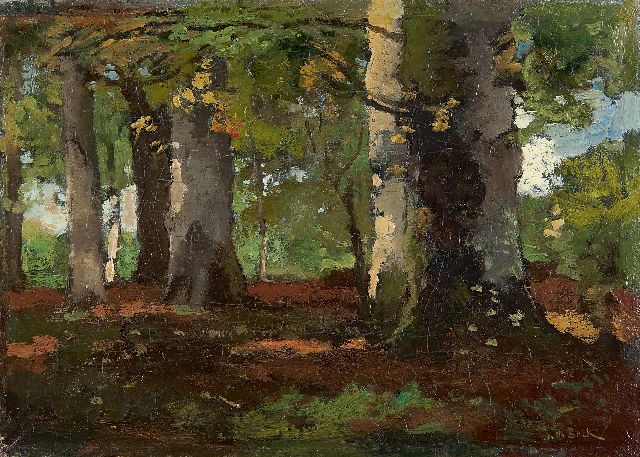 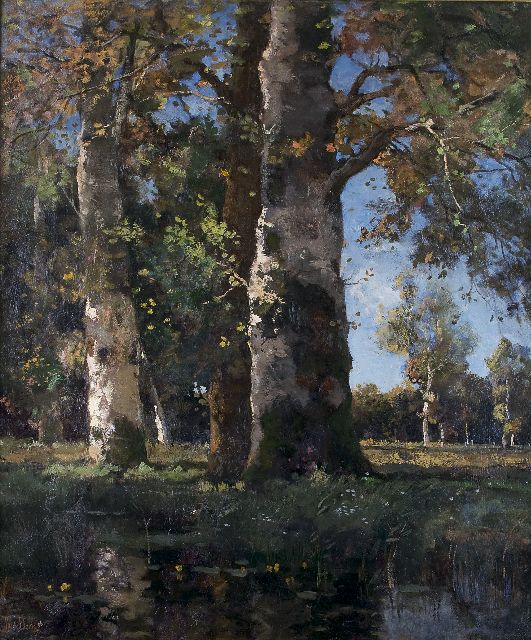 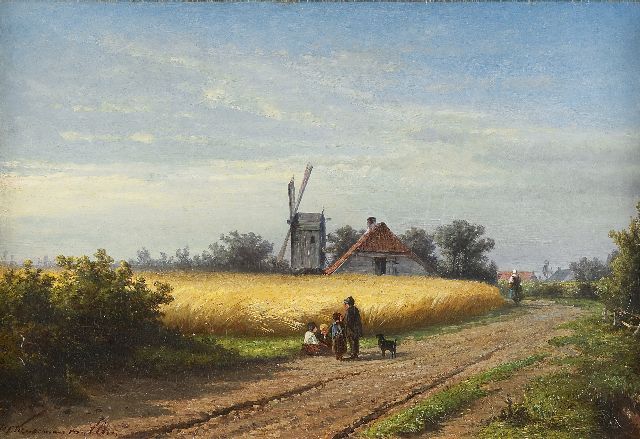 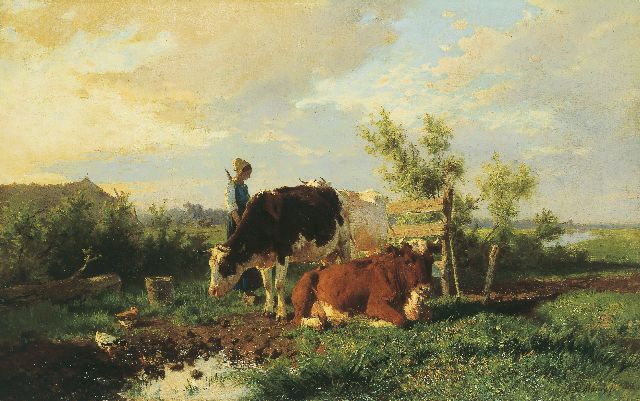 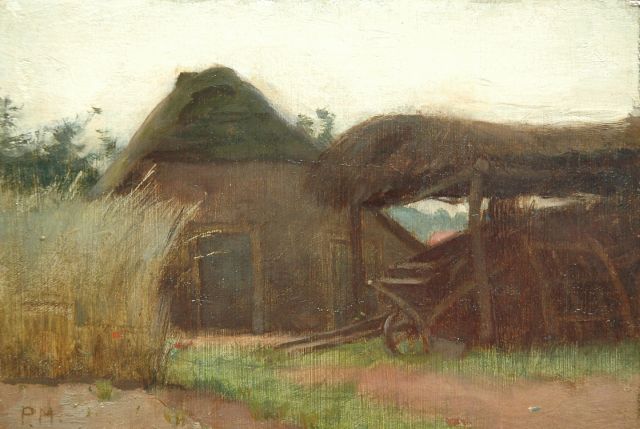 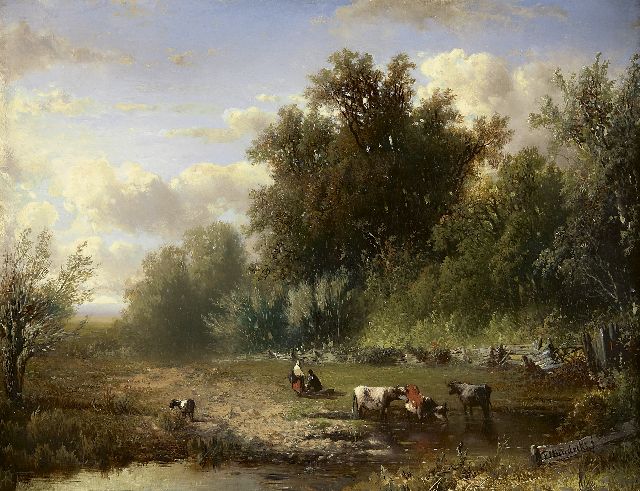 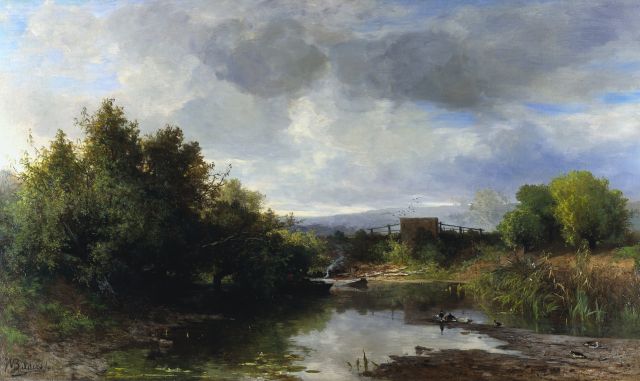 In the Ooij near Nijmegen 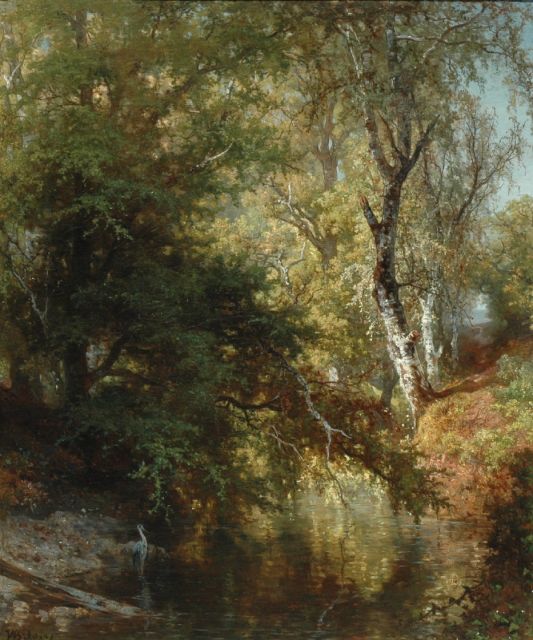 A view of the 'Renkumse beek' 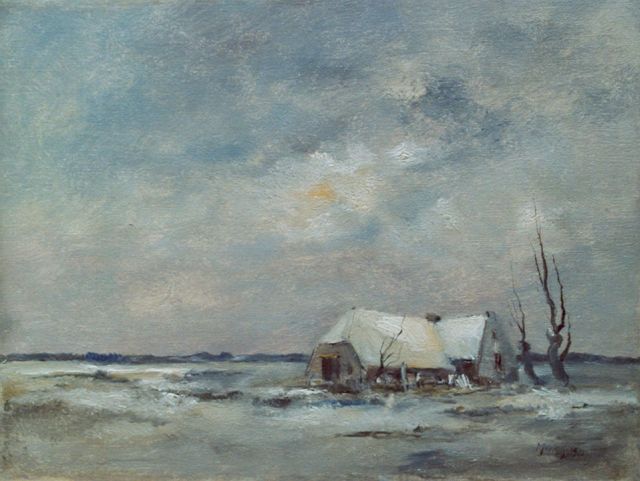 A farm in the winter 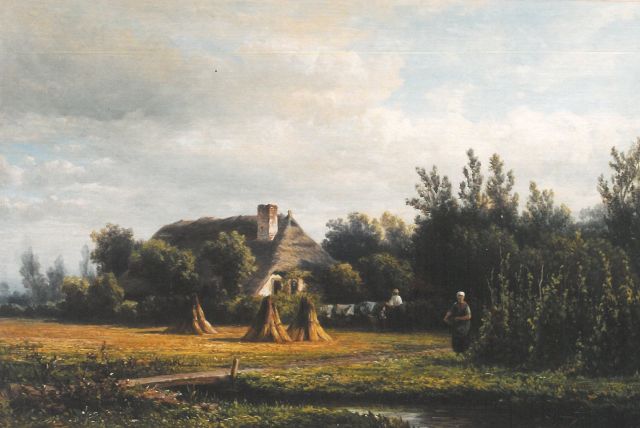 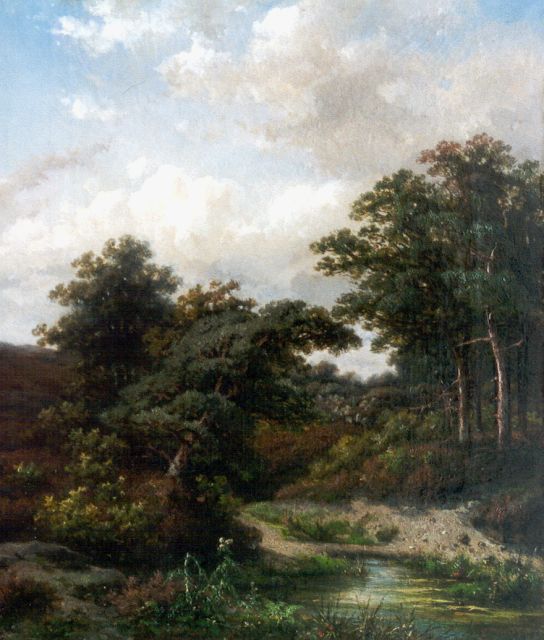 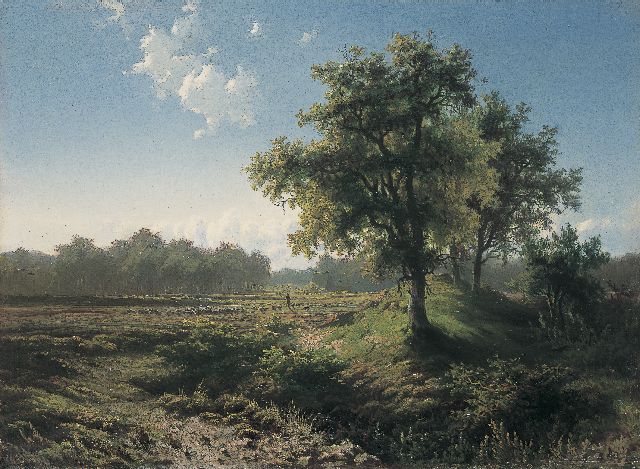 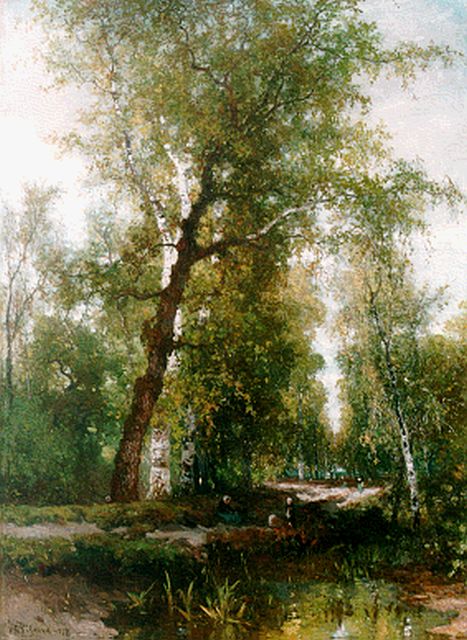 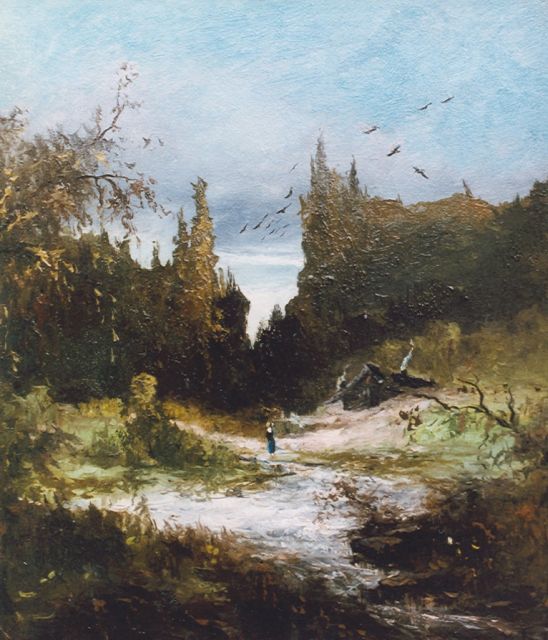