The extensive oeuvre of Arie Zwart is almost entirely painted in the impressionist style that was developed by the painters of the Hague School. Light and mood play an important role in this. The same applies to his subjects: landscapes, farms, lakes and still lifes. The painter did not commit himself to a specific region and preferred to travel: in the 1930s with a caravan through Brabant and Gelderland and between 1936 and 1974 with a houseboat through Overijssel and North and South Holland. He then moored in Woerden. In between, he made trips to Spain, Portugal and southern France. Zwart's early work is quite dark in tone. Around 1940 he switched to a lighter palette.

previously for salepaintings by Arie Zwart 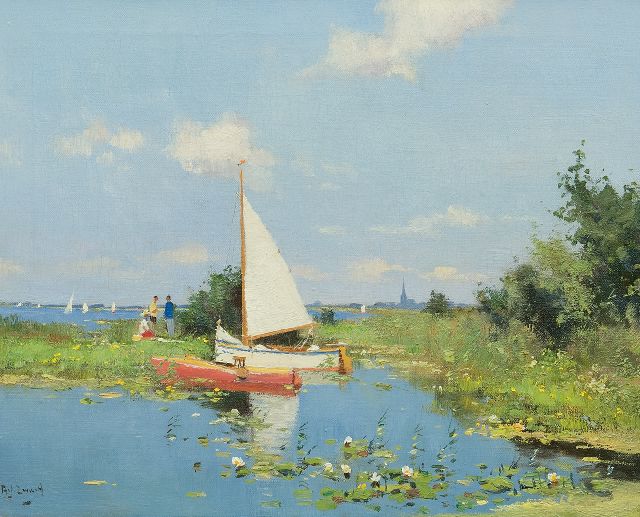 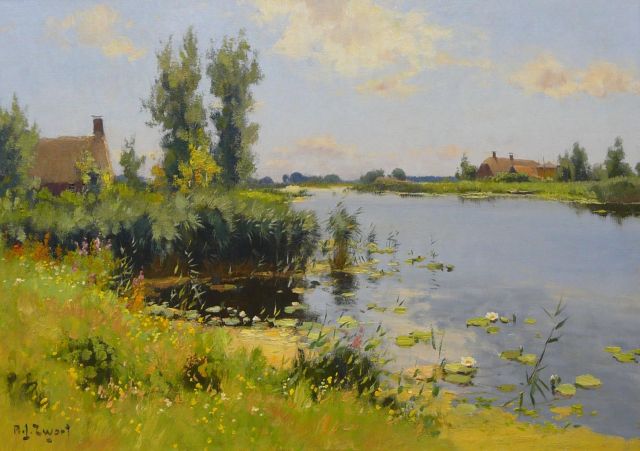 Summertime along the Kromme Mijdrecht 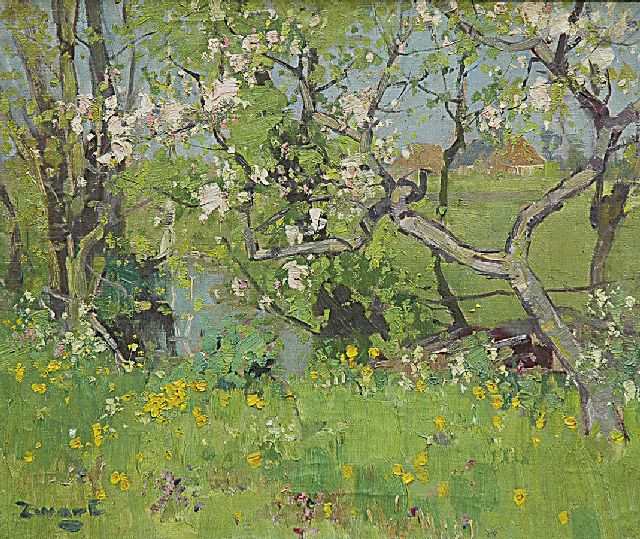 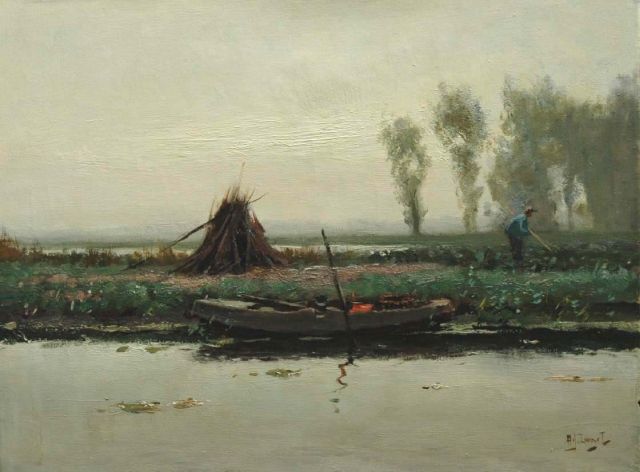 A farmer in a polder landscape 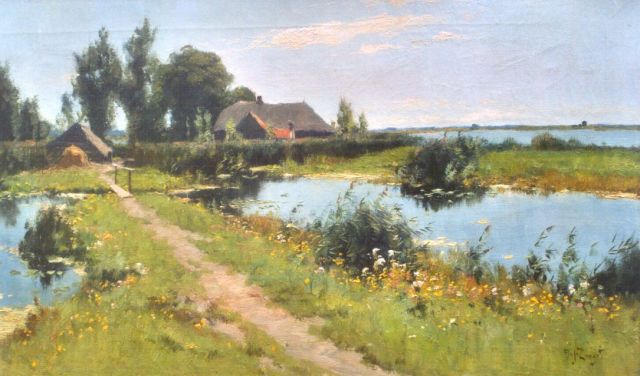 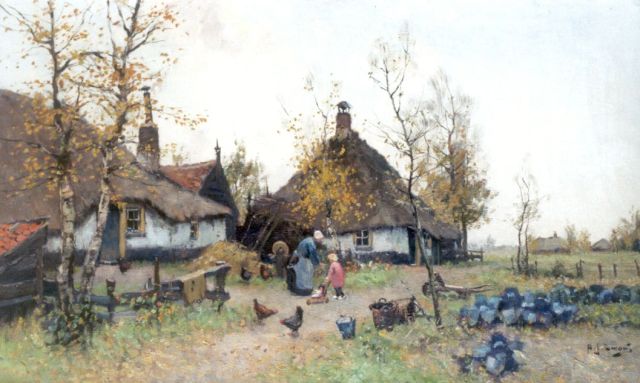 Mother and child feeding the chickens 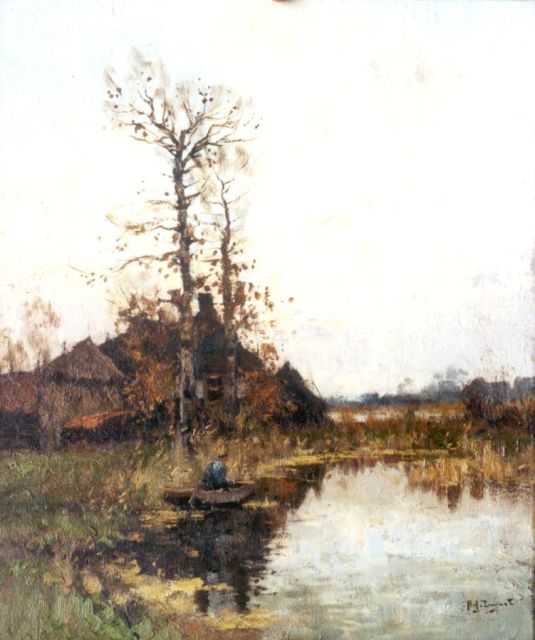 A farmer in a rowing boat

for salepaintings by Arie Zwart 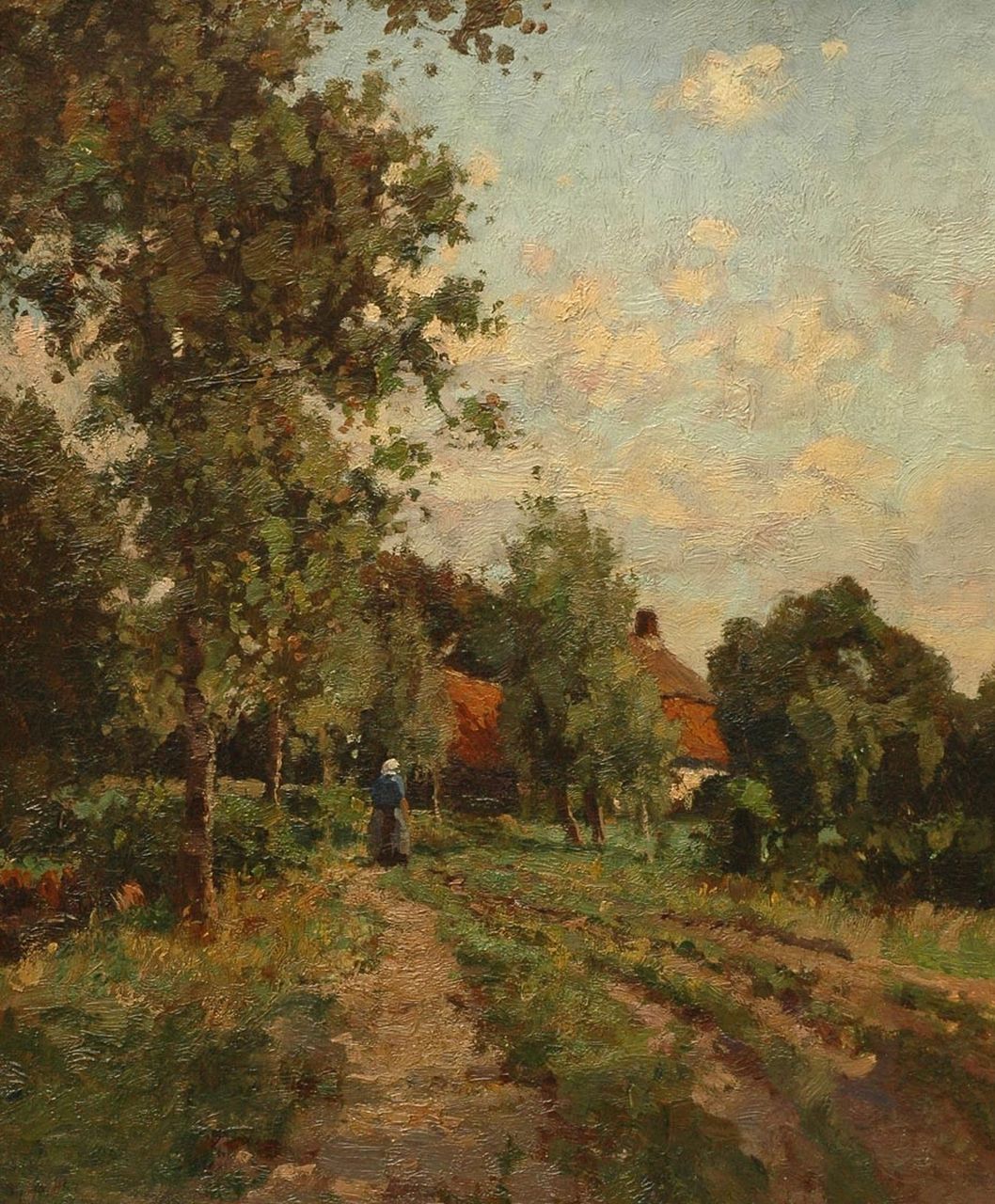 A summer day in the country