Ben Walrecht, born in Groningen, lost both his parents in a fire. After living with family in Amsterdam for some time, he returned to Groningen to study arts and crafts at the MTS. Then he worked as an advertising designer. Relatively late, in 1936, he joined De Ploeg. His impressionistic, smoothly painted paintings in cheerful colors were in line with the work that many team members made at the time. Although Walrecht's work initially resembled the city scenes of Teammates George Martens and Jan van der Zee, he developed his own style. Walrecht mainly focused on painting Groningen cityscapes, portraits and landscapes. He also focused on making linocuts, a technique that, along with the woodcut, was regarded by the team members as an expressionist expression par excellence.

The press generally praised Walrecht's colorful work. The Volksblad reviewed a Pictura exhibition in 1937 with: 'Beautiful work by Martens and Walrecht et al.' In 1939 Walrecht received the Willink van Collen Prize, a national art prize that was awarded to young painters up to the age of 35. Besides Johan Dijkstra, who received the prize in 1925, Walrecht was the only Team Member who would win this art prize.

For years, artists from De Ploeg gathered in the spacious studio of Walrecht on the Lange Peperstraat in Groningen to draw after a model. In the longer term, however, this proved to be no longer a success, despite the fact that most artists thought this was a better Sunday morning use than going to church.

Walrecht had a passion for water and boats, he even lived on the water, in his own ship the 'Catharina', which was moored in a Groningen canal. With George Martens and Johan Dijkstra, who each also had their own boat, he went on a sailing adventure in Friesland in the summer, but also went to Amsterdam where he was regularly moored on the Keizersgracht, especially from the late 1940s.

When De Ploeg held its last exhibition in 1940, Walrecht submitted a number of water-related paintings, including the Sneekermeer and an Amsterdam canal scene; by the reviewer of the Nieuwsblad van het Noorden 'because of the fineness, because of the color,' was important. At the time, Walrecht also worked on diorama paintings in the Zuiderzee Museum in Enkhuizen, where his friend Siep Bouma was director.

Walrecht must also have been interested in sculpting. For example, he is known of small plastic in fired clay and he must also have made sculptures in bronze, stone and wood. After the Second World War, he exhibited these mainly outside Groningen. In the 1950s - Walrecht is still an active member of De Ploeg and continues to submit work for the exhibitions - he moved to Loosdrecht, from where he died in Hilversum in 1980. 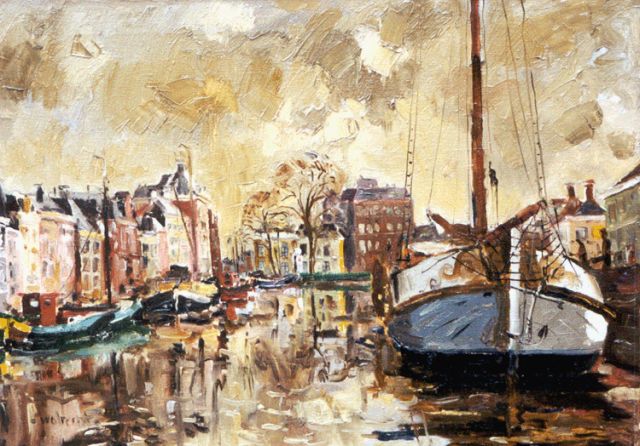 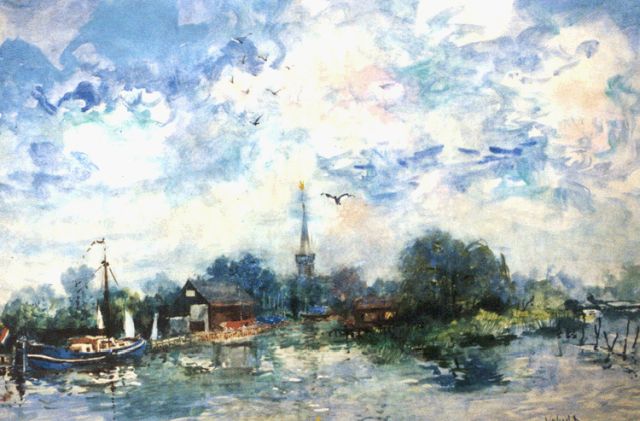 A view of Loosdrecht 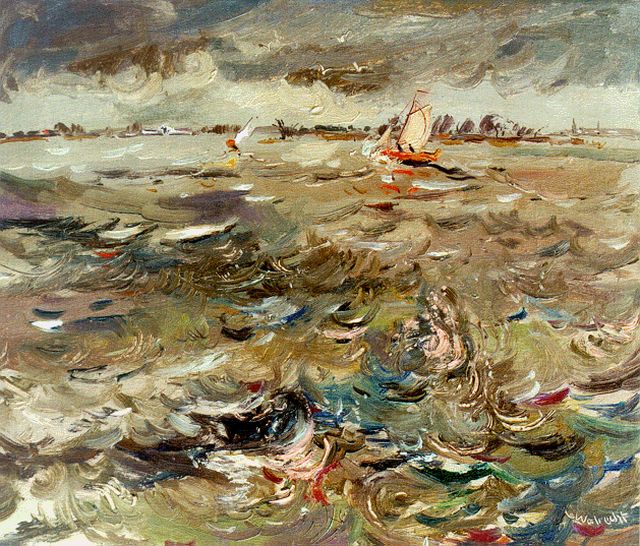 A view of the Paterswolde lake 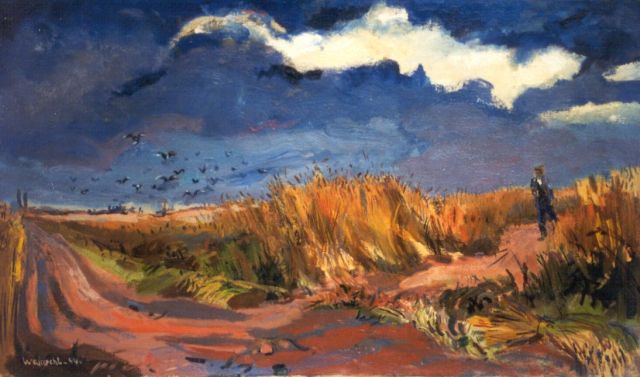 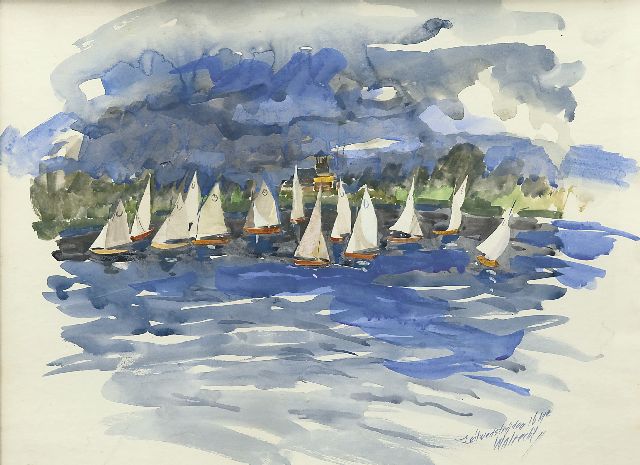 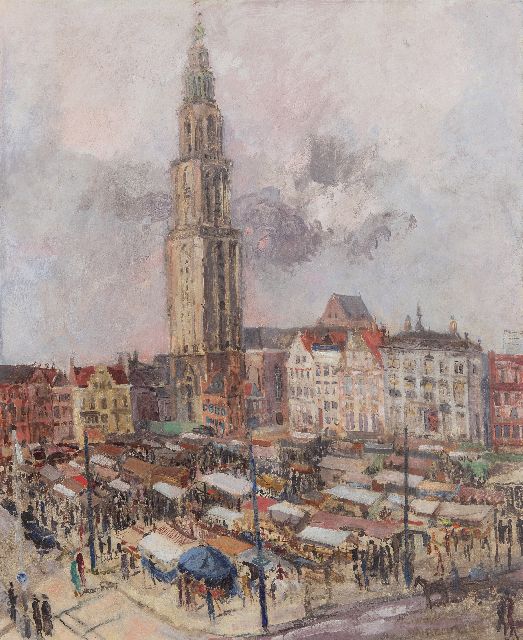 Market Day by the Martinitoren, Groningen, 1938 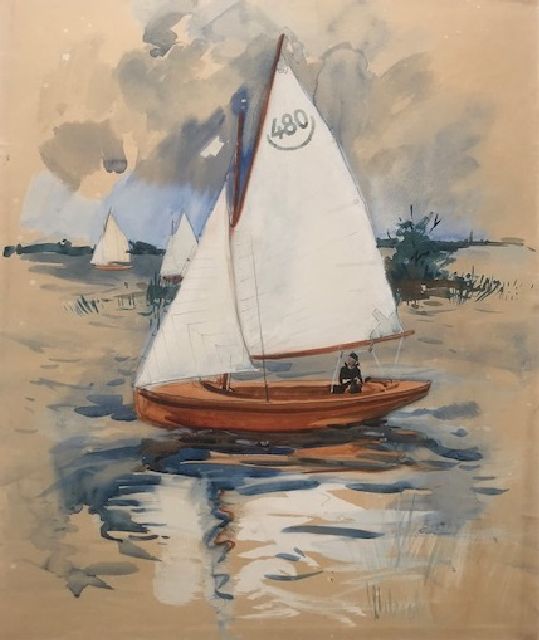 Sailing on the paterswoldsemeer, Groningen